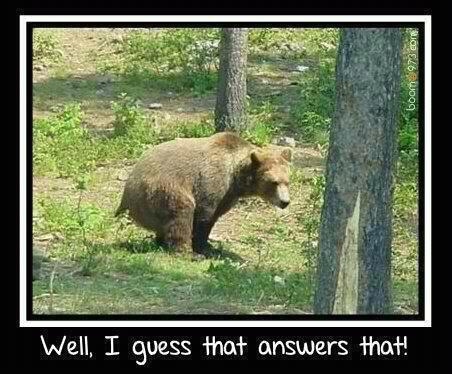 On the face of it, I suppose some might agree with the notion that appointing a well-respected linchpin of the previous Labour government might seem a *little* less than strictly impartial. But from where I’m sitting, Cullen’s record as Finance Minister [which, let’s remember, was sufficiently glowing that even *National* were singing his praises a few years ago – to the point of awarding him a Knighthood for “services to the state” in this role in 2012] probably means that the competency he brings to the role outweighs concerns he might be “partisan”.

Certainly, National seemed to harbour no such concerns when they appointed him to head the review of our intelligence agencies two years ago.

And yet, such a potentially “bipartisan” approach from National is pretty inconsistent with their own previous record when it comes to Working Groups, Task Forces, and other such beasts of political-policy-oversight burden. I’ve literally lost count of the number of consultative bodies and even straight-up Inquiries that the National Party quite pointedly staffed the chairing of with their own people over the last nine years.
I mean, as an example of this – their placing of John Shewan at the head of the group convened to look into slash “dispel” the perception of New Zealand as a tax-haven, for instance, was quite directly a case of placing a fox in charge of a hen-house [Shewan’s private sector activities including quite a spate of tax-“consultancy” and linkages to a series of potentially dodgy international firms in this regard].

Or, worse, the series of appointments of [now Dame – guess why she got the gong, eh?] Paula Rebstock to head Inquiries into everything from Peter Dunne’s ‘alleged’ leaking of materials around the GCSB’s illegal conduct through to the ‘Leask’ affair concerning MFAT information being anonymously passed to the Labour Party.
In both of these above-cited cases, Rebstock basically managed to produce the “correct” outcome from the perspective of the Government of the day …. and was subsequently castigated by other authority-figures who wound up having to review her efforts for getting things wrong, or even presiding over outright illegal conduct.
Clearly, there is a bit of a risk when a Government appoints its own people to what’s supposed to be an impartial body – although I would respectfully contend that there’s quite a gulf of difference of both degree and kind between empowering a well-regarded former Finance Minister to preside over a taxation working group [which is, after all, an advisory organization set up entirely at the Government’s behest to provide potential detail and projections on its own policy] …. versus a Government ‘slotting in’ its own pugnaciously-construed “enforcer” to Inquiries into Government (mis)actions that are supposed to, by their very nature, be above the petty politics of the day.

Further, if I recall correctly, the previous National Government’s “2025 Taskforce” on pensions and the like was convened to be chaired by none other than arch-neoliberal [and former National Party Leader] Don Brash. I don’t seem to recall the National Party raising any issue with “politically tied” appointments to policy working-group style arrangements THEN…?

What’s different about Cullen on the Tax Working Group, I wonder…?

I am sure there are a litany of other examples – but that’s just a few off the top of my head.

It appears at this point that the National Party knows they can’t meaningfully criticize the Tax Working Group on substance [after all – rightly or wrongly, the only thing we know at this stage about their prospective output are a list of the things the Labour Party have pre-emptively ruled *out* of consideration] … and so are instead resorting to that old favourite of theirs, going for the man – the personality – instead.

And, as is frequently the case where National is concerned, criticizing the hell out of Labour et co for doing something that, arguably, they themselves regularly and relentlessly engaged in when in Government.

Although I maintain as I said at the outset of this piece, that it is difficult indeed to draw a meaningful comparison between the appointment of Sir Michael Cullen to the chairmanship of this Tax Working Group, and any of the previously-cited instances of National staffing legal proceedings or advisory panels with its own bully-boys and flunkies.

After all … given Sir Michael Cullen literally wound up being knighted in no small part for his sound economic management as the previous Labour Government’s Finance Minister, it would appear rather unquestionable – even by National, who knighted him, one presumes – that when it comes to these sorts of matters, Cullen (still) has a meaningful and informed contribution to make.