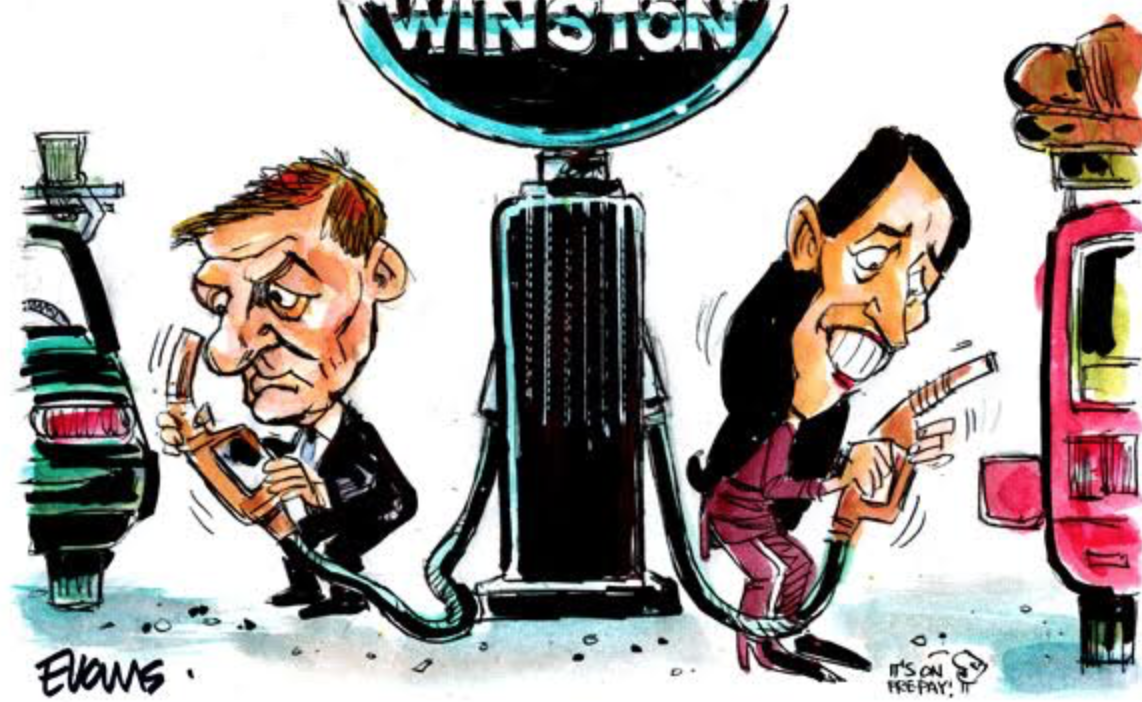 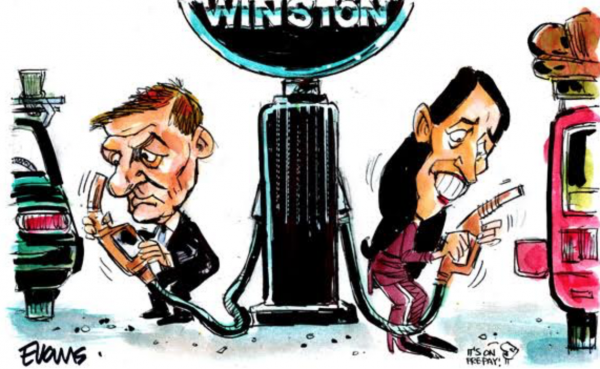 NZ First will almost certainly cease to exist as a party if it props up a National government over the next three years.

On nearly every significant economic and social policy the NZ First policies differ little from Labour.
They both favour significant increases in the minimum wage.
Both want public transport infrastructure expanded.
Both want improved student allowances and free access to tertiary education.
Both want national super to stay at 65.
Both want to rewrite to Reserve Bank Act.
The list could go on and on.
The supporters of NZ First have in the past also generally favour a coalition with Labour when polled.
The tone of the NZ First election campaign was strikingly anti-government.
NZ First leader Winston Peters will also remember the last time he went in coalition with the National Party in 1996 they stabbed him in the back after 20 months and the party’s vote collapsed from 13% to 4%.
The NZ First coalition with Labour from 2005-2008 lasted the full three years and there were significant policy gains by NZ First – including a higher pension payment and the introduction of the Gold Card. But NZ First dropped below 5% again and was out of parliament in the 2008 election.
National rules out forming a coalition with NZ First in 2008 and 2011. They didn’t in 2014 but didn’t need his votes to get a majority.
Both the Greens and NZ First face this risk to their re-election if they are seen as too close to any government. They both should be using this coalition deal to reduce the 5% threshold which is simply too high an entry level for parties without an electorate MP.
Winston is now 72 years old and will be looking at his legacy.
The problem for every potential government is that they have very limited spending options given they are all committed to not increasing taxes on anyone (including the very wealthy).  But if Winston wants to claim any policy “wins” that he can be allowed to identify himself and his party with it seems much more likely that Labour and the Greens could deliver them.
It seems unlikely to mee that NZ first will be able to survive the departure of its leader. This election Winston actually started looking his age for the first time. It seems unlikely he would want to do this all again at age 75. This will probably be his last shot. I just don’t believe he is going to allow National to reclaim his legacy.
But maybe I am just a wishful thinker and wanting to bank the $20 an hour minimum wage within three years that Winston Peters has promised while forgetting that he came from the National Party to begin with and he continues to use bigotry in a demagogic manipulative manner to advance his own goals.
That is why he can jump both ways despite cultivating an anti-establishment image and the country would be a better place without his presence.
Maybe we just have to wait another three years. But is we do then let’s not waste the time any time to start writing a programme for government that can make real changes that benefit working people. Such a government would need to act “for the many and not the few” in the words of the British Labour Party manifesto.
If you want to hear a Labour leader give a speech with those sort of policies have a read or listen to this one from the UK Labour Leader Jeremy Corbyn to their party conference this week.