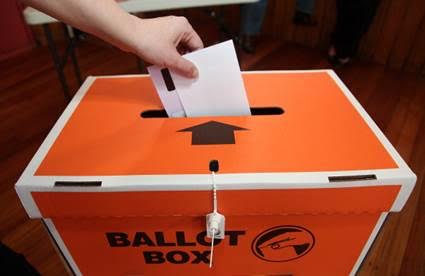 In New Zealand elections we have two votes – the party vote and the electorate vote.

For the vast majority of voters, the only vote that counts in terms of who forms the government is the party vote.

The only exception is where the electorate vote will make a difference to whether a party gets into parliament at all.
This applies to Te Tai Tokeraua (Mana Party), Epsom (Act Party), Waiariki and Te Tai Hauāuru (Maori Party) and possibly Nelson (Green Party) and Northland (NZ First) if either party got below 5% in the party vote.
If parties get less than 5% of the vote they get no MP’s – unless they win an electorate seat. If they get an electorate seat then they can bring in other MPs from the list if they get enough votes.
With 120 MPs each seat is worth about 0.8%. If the party can get at least 1.6% of the party vote they can bring in a second MP with just one electorate seat. This was the case with the Maori Party last election.
If you are like the Act Party and poll less than that, then you get just the one seat you already hold. However, that can be a cheap bonus seat to the National Party if the Act Party polls less than 0.8%. That is why voting for the National candidate in Epsom to defeat Act is a smarter tactical vote for progressives.
The Maori and Mana Parties are almost certain to fall below the 5% threshold in Party votes so will have no representation if they don’t win an electorate. That is why they did a deal not to run against each other this year.
For Mana, their only chance is with Hone Harawira in Te Tai Tokerau. He is running the line that because the current seat holder Kelvin Davis is the deputy leader of the Labour Party and number two on Labour’s list, then he is certain to be elected to parliament anyway. This means Labour supporters who like Hone’s feisty style in standing up for Maori and the poor, can vote Labour with their Party vote and Hone in the electorate and still get Kelvin Davis as an MP from Labour’s list.
My good friend John Minto has been arguing strongly that left-wing people should party vote the Greens to pull Labour to the left. It is certainly true that, on paper, the Greens policy is more progressive in many areas. I was particularly pleased to see the plight of many solo parents and beneficiaries under the callous government policies being implemented by WINZ being highlighted by the then co-leader Metiria Turei during the election period.
I remain sceptical of the genuineness of that commitment, however, given the fact the party signed up to the same absurd “fiscal responsibility” rules as the Labour Party and therefore will be similarly constrained when trying to implement any policy.
What is true is that only a party vote Green or Labour can guarantee a change in government which must be the aim of any progressive person in the country – whatever the limitations of both parties.
It is looking likely that a Labour-led government will be formed. It is certain that Labour will seek the inclusion of both the Green Party and NZ First in the coalition. They very unlikely to invite the Maori Party to be part of the government. This is partly because defeating the Maori Party is necessary for Labour being able to dominate Maori politics and the key to that is winning the Maori electorates. Secondly, NZ First will not join a coalition government with the Maori Party in it. The Labour leaders want NZ First in the government so they can use them against the Greens and vice versa when they want to. It gives them more options to tack left or right as they deem fit.
Given the momentum shift in the last few weeks it seems inevitable there will be a change in government. All possible parties in this government have said they want major increases in the minimum wage. Over the last year, Unite has been signing agreements with major employers in the fast food and other industries that will see all wage rates increase by the minimum wage plus a margin above. We will be launching a campaign the day after the election to “Make the Minimum Wage a Living Wage”.
Whatever parties promise, we can only be sure of making the promises a reality if the governments are under pressure in the streets. That’s our job.