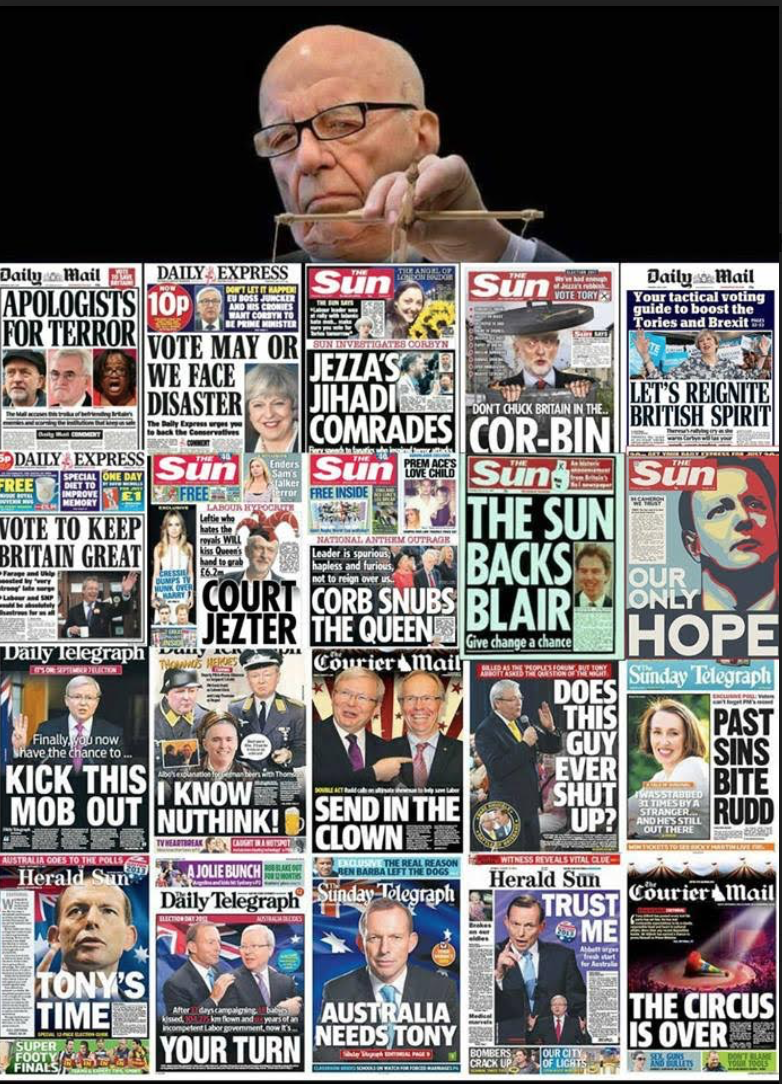 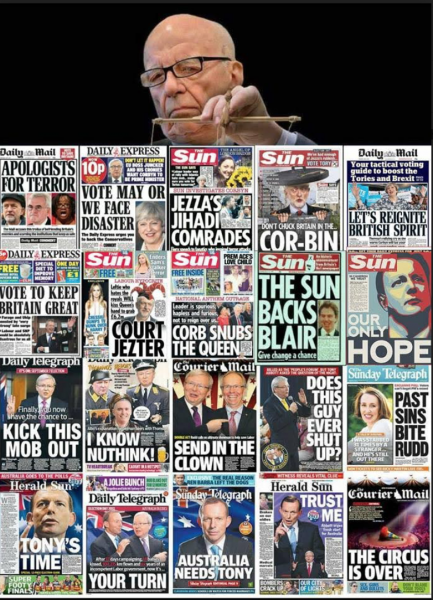 The UK election was extraordinary for a number of reasons.

The Conservative Prime Minister called it early because opinion polls gave her at least a 20 percentage point lead over Labour. A huge victory awaited. Just as importantly a crushing defeat of Labour was possible. The hated Labour leader Jeremy Corbyn would be crushed and tossed aside.

The conservatives won 318 seats and lost 13 seats. Labour won 262 seats and gained 32. In theory 326 seats are needed for a majority in the 650-seat parliament. Actually it is nearer 323 as Sinn Fein in the North of Ireland won seven seats which they don’t occupy because of their republican views.

The Labour vote in the UK election reached 40%. Their MP number increased The Conservative Party just made it back in office with 42% of the vote and the support of a Democratic Unionist Party – a deeply reactionary party based in Northern Ireland with terrorist links that holds 10 seats. 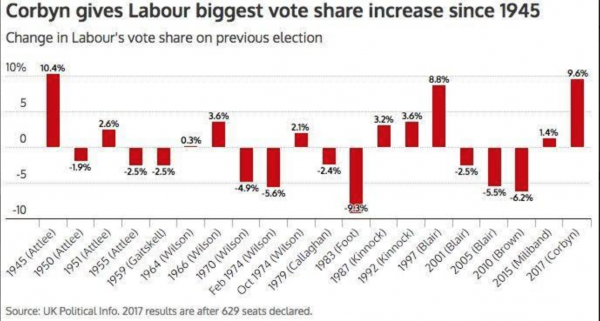 It was the highest Labour Party vote total since the 42% won in 1997 that produced a Labour landslide of seats. Blair got that total only after doing a dirty deal with the Media baron Rupert Murdoch and the City of London that he would not threaten their interests while in government. The Murdoch-controlled press said vote Labour that election while this election they campaigned against with extraordinary lies and vilification.

The Corbyn-led Labour Party lifted its vote by 10% on 2015. This was the largest vote increase since 1945 landslide following World War 2. It was probably an even more dramatic increase in the sense that the polls had the Tories on a 20 percentage point lead when the election was called less than two months ago.

Another vital statistic was that the percentage of those aged 18-25 who voted went from 41% to 53% and of those two-thirds voted Labour.

Corbyn’s victory rose to an incredible 55% in London, where even rock solid Tory Kensington went Labour, as did Croydon, Battersea and Southgate.

The Conservative party actually increased their vote by 5% as a consequence of the collapse of the UKIP party whose vote dropped from 12.6% to 1.8%. But this increase wasn’t enough to escape the Labour surge.

UKIP had become a bit of the grumpy person’s party with a mix of English nationalism, anti-Europe, anti-immigrant flavours. But its votes clearly didn’t all go towards the Tories. Many working people had voted UKIP who had previously voted Labour.  They had been alienated by the failure of the Blair-led Labour government to lift up their communities that had suffered under a programme of free trade and privatisations implemented by both Labour and Tory governments. A big number of these voters who had been seduced by the seemingly anti-establishment rhetoric of UKIP leaders responded to the inspirational message of hope and change that Jeremy Corbyn articulated for Labour.

The most important result of the election is the fact that the Labour left has now proved itself in practice as able to lead and win. The big majority of Labour MPs remain hangovers from the days of Tony Blair and have actively sought to sabotage Jeremy Corbyn again and again since he won the Labour leadership only two years ago.

The working class and youth in the UK used the election campaign of Jeremy Corbyn for leader as a chance to reclaim the Labour Party as a socialist Labour Party. There was no mistaking Jeremy for what he stood for. He had voted against half the policies put forward by his own party in the Blair years. He was the national chairperson of the Stop the War coalition and campaigned against Blair’s taking the country into disastrous wars in Iraq and Afghanistan and the Tory-led bombing campaign against Libya.  He was a member of the Socialist Campaign Group of MPs in the Labour Party who were dubbed “hard left” because of their principled positions. Literally hundreds of thousands of people joined the Labour Party to ensure Corbyn’s election as leader in 2015 then again in 2016 after there was 172-40 vote of no-confidence in his leadership by Labour MPs.

I believe that if Labour had won this election, a grouping of the right-wing MP’s would have defected to prevent a Corbyn-led government being formed or to sabotage one at the first opportunity that a crisis could have been engineered to give them the excuse.

Corbyn and the left now need their mandate to clean house within the Labour Party to ensure the loyalty of all MPs to the new left-wing party programme. It is probable a number will simply retire and take job offers from their big business mates rather than be part of a Corbyn-led party.  Others may want to start another centrist Blairite type party. But it is the absolute democratic right of members to go through a selection process for MPs before the next election. They should start giving notice of that intention now. The snap election prevented that from happening this time. Democracy in the party demands it be done before the next election.

The new government with its razor-thin majority cannot last. Like Labour, the Conservatives are bitterly divided. No other party will touch them except the right wing extremists in the DUP. There are extremely contested issues around the decision to leave Europe known as Brexit that need negotiating. The Tory austerity programme has been repudiated. They repudiated their own programme during the election period. Another election is coming. The Labour Party needs to be made fit for the purpose of radical transformation.