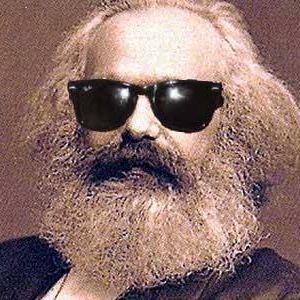 Two weeks ago (18 Nov 2016) I participated in a panel discussion about Universal Basic Income, at the 2016 ACOSS (Australian Council of Social Services) Conference. While the audience was very receptive, I remain well aware that the mental barriers which inhibit and distort the debate in New Zealand are alive and well in Australia too.

Just as in New Zealand the most radical step to reform is the necessary reconceptualisation of what we already have. Just as we pay unconditional benefits of upto $175 per week (based on a 33% tax rate) through the graduation of the income tax scale, so in Australia they pay unconditional benefits of upto A$236 per week (based on a 37% income tax rate there). In addition, both countries pay many conditional ‘transfers’ to beneficiaries, for which the first $175 (or A$236) could easily be made unconditional. The Sydney audience seemed to get this point more easily than New Zealand audiences do.

Once such accounting reform is in place, the creation of a truly universal benefit is little more than a tidy-up operation. Indeed Australian Jane Gleeson-White – author of ‘Double-Entry’ and ‘Six Capitals’ – recognises the importance of the (actual) oldest profession (accounting) as the potential saviour of the human world.

Of the six capitals Gleeson-White identifies, three-and-a-half of these – natural, human/cultural/institutional, intellectual, and the infrastructure component of manufactured capital – are inherently public. It’s a no-brainer that the public should get a return on its (collectively-held) capital, just as shareholders of Air New Zealand or Qantas get a return on their financial capital. This was one of my key points, on 18 November.

At ACOSS, I drew the analogy between universal basic income and universal suffrage. While the latter is the core principle of political democracy, the former is the equally core – and equally important – principle of economic democracy. Anyone who has seen the movie ‘I, Daniel Blake’ will understand how universal basic democracy could have made such an enabling difference to the lives of that story’s two principal characters. Another key point from my Sydney remarks was that a Universal Basic Income is work-enabling, whereas our regime of conditional and increasingly begrudging welfare is work disabling. If you wish to eulogise work – as Australian Minister of Social Services Christian Porter did – then move to institutions that enable rather than disable appropriate work.

Middle and high income people in New Zealand receive, through their income tax graduations, an unconditional benefit (what I call a ‘public equity benefit’) of $175 per week ($9,080 per year). That is the obvious amount of universal basic income that we in New Zealand can pay and should pay – as soon as 2017 or 2018 – to all resident adults.

Fight for this! Don’t quibble about whether $175 is too much or too little. Kate Sheppard and her co-agitators fought for the principle of universal suffrage, the principle of one-person, one-vote. It amazes us today that anyone could have disagreed with what Mrs Sheppard struggled for. In the future, it will amaze us, similarly, how anyone could accept that a basic unconditional benefit might be anything other than a human right.

An unconditional universal benefit – a public equity dividend – does not deny the requirement, in a humane and civilised society, of needs-assessed social welfare. A universal basic income is necessary but not sufficient. Needs-based social welfare is a very important though largely separate matter from public equity. (In the jargon needs-based welfare is an application of ‘vertical equity’, which is complementary to ‘horizontal equity’.) Nevertheless there can be no doubt that, under conditions of economic democracy, the total requirement for needs-based benefits would be significantly less than under a society that rejects the principle of public equity.

A humane society is uplifted by principles, not hidebound by rules. If you haven’t already done so, see ‘I, Daniel Blake’. Then become an active proponent for democracy, for economic suffrage, for public property rights, for a universal basic income that is a public equity dividend.