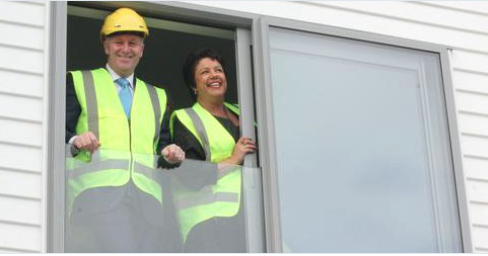 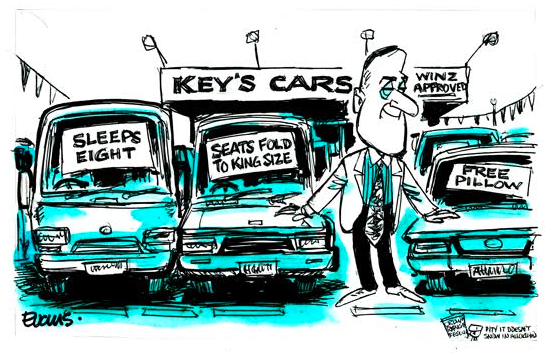 While Len Brown will soon depart the scene, the battleground in 2016 will be the Auckland Council election. Will the new Council be compliant to the government’s agenda, or will it be a ‘Syriza’, at least trying to resist the ruling plutocracy.

It is said by elite interests that a good crisis should never be allowed to go to waste. Certainly the US elite took full advantage of the 911 crisis in 2001 to advance its strategic interests. And Germany is creating an unholy Teutonic empire in Europe, made possible by its ability, as finance-meister of the Euro Area, to exploit the Euro debt crisis that took hold in 2010.

The New Zealand government wants Auckland Council to take actions that will give windfall speculative profits to those mainly New Zealand resident owners of rural land outside the metropolitan area. And the government, in the guise of fiscal probity, wants to force the Council to fund urban infrastructure on this rural land while making it difficult for the Council to either raise extra revenue to pay for it or to add to its existing public debt.

While the government’s power-play, if successful, will reward speculators in rural land close to metropolitan Auckland, it will also force the Auckland Council to sell its commercial assets, with the Port top of the asset list. The government is doing this by pretending that colonising rural land will solve the isthmus’s housing shortage, much as George Bush junior’s US government in 2001 created pretexts to invade Iraq by pretending that Saddam Hussein was amassing a cache of ‘weapons of mass destruction’.

I heard recently that the average residential tenancy in Auckland is 15 months (see Human Rights Commission, Right to Housing, p.218). Interestingly, this MBIE-published document (Exploring Security of Tenure through Co-design) puts a strange spin on the issue of rental tenure; it says (p.7):

“We also know that very few people are not [sic] signing up for long-term leases – on average, people in Auckland rent their homes for 15 months. There is nothing in the Residential Tenancies Act that prevents anyone from signing a fixed-term lease for longer so what is driving the desire [my emphasis] for short term leases?”)

So homelessness is presented as tenants’ own fault.

The reality is that Auckland rental-dwellings are on a sales churn, and each time a landlord sells a tenanted property there is too high a chance that neither a new tenant nor an owner-occupier resident will move in. Steadily, day-by-day, perfectly habitable (though often run-down) Auckland dwellings cease to be occupied. (Or they become family house-sits for the adult children of speculators.) These properties stand to become urban baches to non-residents, or sections which just happen to have houses on them. These properties are already served by Council-facilitated infrastructure, unlike those beyond the fringe.

The New Zealand government is trying to exploit Auckland’s housing crisis rather than to solve it or to ease it. Its agenda appears to be threefold: to unseat a non-compliant Council, to force the sale of productive assets owned by the people of Auckland, and to reward those who seek to financially profit by holding rural land. It is using Auckland Council debt as a lever, much as German politicians and bureaucrats have used debt as a lever to force the wholesale privatisation of Greece.