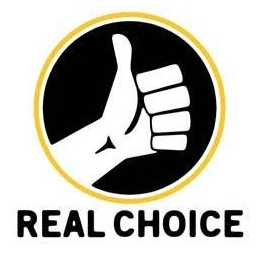 The Daily Blog today published an article by Chris Trotter calling on activists and supporters to boycott Real Choice’s peaceful blockade of Sky City on the 4th of February, in the process making unfounded and dangerous accusations about the committed activist base of a respected anti-TPPA group.

The implication, so outrageous as to be laughable, given the hundreds of hours our members have spent on this campaign and many others, that Real Choice might be a ‘false flag’ operation, is a disgrace. Had Trotter done any real research into Real Choice (or its predecessor, Show Us Ya Text, both of which have been organized extremely transparently) he would know the extent to which such an accusation is untrue. Given his time within the left, he should also know the extremely damaging impacts of implying legitimate activists are police officers. The fact that he went ahead and made such an inference anyway is shameful, and speaks to how little involvement he has had in the anti-TPPA movement.

Aside from this, Trotter’s claims essentially boil down to 1) There’s no chance of the blockade being a success, 2) Real Choice is working against It’s Our Future, and 3) The act of calling for a blockade is itself damaging to the movement. We refute all of these.

In Trotter’s article, the blockade will not be successful because the police themselves will have blocked off all the surrounding roads and will react sharply and swiftly to any whiff of non-violent direct action. Such an operation from the police would be extremely costly, and to be done right would have to cause more public disorder than our blockade could ever wish for. We can’t be sure of the behavior of the police on the day, but are insisting our event be a non-violent peaceful protest – similar to the kind Trotter himself called for only a few days ago when advocating a ‘menu of protests’.

Real Choice have been in discussion with It’s Our Future, and have repeatedly stated as a group our deep respect and support for their mahi around the TPPA. Without them, the anti-TPPA movement in New Zealand, which we consider ourselves a part of, would likely not exist. In accordance with this respect, we’ve timed our blockade for 9am on the 4th of Feb., to give people who wish to do something before 12pm, when the march starts, a full day of action against the TPPA. This is only fitting considering the scale of the government event on the day.

To respond to the final claim that the blockade is damaging to the movement – this is a complicated one certainly – by calling for a blockade, we have added another opportunity for action into the day. Previously, people could march on the day (or attend any of the events nationwide in the lead up) or petition MPs and the government. Alternatively, they could riot, which as Trotter wrote about in an earlier article, may have been very much what Key wants – and why we are bringing an overtly peaceful protest to SkyCity instead. The work of It’s Our Future (and groups like Action Station) to build mass opposition these past 4 years is indeed well done with much effort – and yet ,we remain labeled ignorant “breathless children” by the National government going ahead with the signing in the face of  this mass opposition. Real Choice doesn’t see how this can equate to democracy.  Our referendum, as Trotter reported, got a 97% no vote to the TPPA. And while this may have been biased, a statistician could confirm that with our population, a poll of 12,000 people is a significant no vote.

So, where does this leave us but to seek other ways of being heard? Our call has been for non-violent direct action, to create a TPPA free zone, held by people in the spirit of resistance and peaceful protest – but centring on where they will try to sign the document. February the 4th will pass, and the TPPA will get signed. Or perhaps it won’t. But what Real Choice’s blockade will do, is cement this country’s rejection of the deal. New Zealand loves to hark back to the Spring Bok Tour and Nuclear Free movement. These define us. A march is a starting point, but if we want positive change and to inspire a movement of resistance then we need to be clear where our boundaries are. We’re offering the ‘menu of protests’ that was called for, and ask that if even if you don’t pick our option you respect our presence. A TPPA free zone on the 4th in Auckland City will be etched into the hearts and minds of those participating and supporting from afar alike – our sovereignty, democracy and community will not be traded away without a fight.