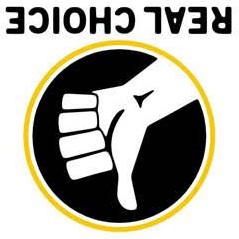 A GROUP calling itself “Real Choice” has announced its intention to “blockade” the Sky City complex on Thursday, 4 February 2016. It’s chances of doing this are, of course, zero. Unless several thousand Real Choice supporters have been knocking themselves out in a network of hidden “Non-Violent Direct Action (NVDA) training camps (at the same time as the riot squads have been doing their “Public Order Training”) the group’s planned blockade will not progress beyond the first Police skirmish-line.

Real Choice’s stated intention of “shutting down the surrounding area and stopping entry by blocking some surrounding roads – effectively creating a TPPA free zone” completely ignores the fact that the signing of the TPPA, featuring the representatives of twelve nations, is already the subject of a major security operation. The idea that anyone is going to be permitted to block roads or stop entry is simply delusional.

Forewarned of Real Choice’s intentions, preventative measures will already be underway. Police Intelligence will have supplied the security operation’s commander with the names and photographs of Real Choice’s principal operatives and their movements will be closely monitored from now until next Thursday.

Real Choice’s very public threats will also, very likely, have prompted the acquisition of interception warrants by the Security Intelligence Service (SIS) who will, doubtless, be liaising with their colleagues at the Government Communications Security Bureau (GCSB) to set up comprehensive real-time surveillance of Real Choice’s members.

This will be done not because the group represents an actual threat to the signing ceremony, but simply because, through its actions, Real Choice has provided New Zealand’s security apparatus with a golden opportunity to “test drive” its new powers and resources. (Always assuming that Real Choice is not what’s known as a “false flag” operation: a group set up by the security services themselves to establish a case for government to give them even more powers and resources!)

Real or fake, Real Choice has delivered to John Key exactly what he was hoping for by staging the TPPA signing ceremony at Sky City. In doing so it has placed at jeopardy all of the work done by Jane Kelsey and Barry Coates at “It’s Our Future”. Entirely parasitic to the mass movement others have created, this tiny group has embarked on a course of action that threatens to undermine what tens-of-thousands of New Zealanders have researched, argued, organised and marched for.

Real Action, which began its life as the equally ineffectual “Show Us Ya Text”, claims to be acting in the name of democracy. It’s website describes itself as “a group of citizens who believe in democracy and think everyday Kiwis should have a say on the TPPA.” Quite what it thought “everyday Kiwis” were doing last night in the Auckland Town Hall; or last August, when close to 30,000 of them participated in nationwide demonstrations; one can only imagine.

To most people, what It’s Our Future has been doing for the past four years is the very essence of democracy. The fact that, last night, it had assembled representatives of the Parliamentary Opposition on the Town Hall stage, and that, together, those politicians had signalled the prospect of a new coalition government putting an end to New Zealand’s participation in the TPPA in 2017, surely indicates that democracy is in absolutely no need of Real Choice’s “assistance”.

Real Choice, however, could use a lesson or two in exactly what democracy is and isn’t. Last November, for example, the group set up an online “referendum” to determine whether or not New Zealand should ratify the TPPA. The voting period extended from 23-30 November and, according to the website, 12,070 voted. Of these 11,731 (97%) voted against ratification. That was enough for the boys and girls at Real Choice – the people had spoken!

The people? Really? No. What they attracted were 12,070 votes out of an electorate numbering (at the 2014 General Election) 2,416,479 electors. In other words, Real Choice’s referendum (of which most of the country was entirely unaware) canvassed the opinion of just 0.004% of the voting public. And from this infinitesimal sample it now claims a mandate to shut down central Auckland! If there wasn’t so much at stake it would be funny.

The broader anti-TPPA movement can be assured, however, that there’s at least one person who is laughing his head off.