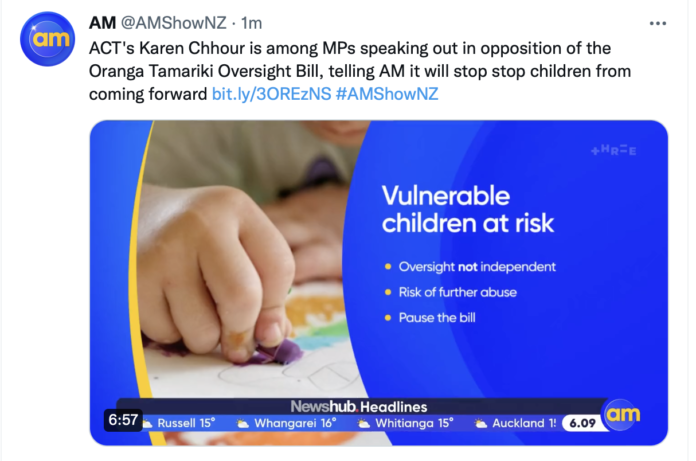 As The Daily Blog has been pointing out from the very beginning of this fiasco, I am deeply, deeply, deeply skeptical about removing the Children’s Commissioner oversight from Oranga Tamariki and replacing that oversight with 6 faceless bureaucrats sitting inside the Education Review Office…

The new commission will continue to promote and advance the interests and well-being of children and young people, but its role is weaker.

In particular, unlike the current Children’s Commissioner, it will not be able to advise on establishing complaints mechanisms for children or monitor the types of complaints made.

Stripping the new commission of any powers to deal with complaints has a much wider impact on the application of children’s rights in Aotearoa New Zealand.

If the new commission is not able to advise the multitude of organisations that work with children and young people about how to make a complaint, this will significantly limit the extent to which the government can be held accountable for any failure to protect children’s rights overall.

…TDB has been on this issue from day one, we have criticised Orange Tamariki since National implemented it and we stand by every criticism!

I fear Carmel Sepuloni is totally captured by her Ministry and has been ever since they arrested her mother for a show trial over welfare fraud.

Labour are doing what the Wellington Bureaucracy wants by eliminating independent oversight because the sins of their past have been highlighted by the Royal Commission into historic abuse by the State, and they all want to make sure none of them get held accountable in the future!

This is an obscene example of how grotesquely acquiescent Labour are to the Wellington Bureaucracy.

The Royal Commission of Inquiry into Abuse in Care has taken a hard look at redress processes for abuse in state care, the very issue the new bill is supposed to prevent. For more than 20 years, MSD has been responsible for the Government’s response to thousands of cases of abuse in state care spanning decades, and the royal commission had a specific investigation into that response.

The resulting redress report was released at the end of last year and made for grim reading. Minister of Public Services Chris Hipkins described the findings as “a national disgrace”. What Hipkins failed to mention was that the person most deeply involved in that response was the boss at Public Services Commission, Peter Hughes, who reports directly to Hipkins.

Hughes was the chief executive at MSD during the 2000s, which was the period that came under particular scrutiny at the royal commission. Hughes was in charge when MSD used private investigators to try to dig dirt on victims and witnesses in a test case on state abuse that went to court. The use of private investigators in that case cost nearly $100,000 and was found to be in breach of government code of conduct by an inquiry in 2018.

Ironically, it was Hughes who set up the inquiry as head of State Services (as it was then called), but he made no comment on his own culpability that was exposed by its findings.

New legislation to increase oversight of Oranga Tamariki has also come under scrutiny. It removes communications between the Ombudsman (which would investigate complaints about OT) and child-support agencies from the scope of the OIA.

The bill also replaces the Children’s Commissioner with a new Children and Young People’s Commission. But a second clause requires the commission and its staff to maintain secrecy in respect of all matters that come to their knowledge in the course of any inquiry. Again, this provision overrides the OIA.

…Carmel Sepuloni is absolutely correct in stating that the Children’s Commissioner wasn’t supposed to remain in an oversight capacity. They were tacked on at the end because Oranga Tamariki’s newly weaponised uplift powers were so over the top and draconian that the Children’s Commissioner was added in temporarily as an attempt at a check and balance to state agency powers that enabled the state to take a child from a parent using nothing more than a rubber stamped big data assumption.

To make the cost savings, OT had to weaponise uplifts, streamline 0800 numbers to immediate action teams and change the law over parental power to stop the state seizing your child.

By removing Oranga Tamariki oversight, Labour are capitulating to what the State wants because the State doesn’t want to be held accountable for its abuse.

To allow vulnerable children to be abused and to commit suicide in State Care and then remove oversight to that abuse is a fucking disgrace.

Jacinda will be so grateful the Commonwealth Games are on to eclipse this disgrace. 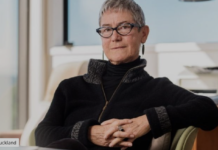