The Kamahl Santamaria scandal at TVNZ, why it matters and what next

TVNZ’s head of news and current affairs has stepped downfollowing an independent inquiry into his hiring of Breakfast host Kamahl Santamaria.

Paul Yurisich’s resignation, announced on Wednesday evening, comes after Santamaria quit the station in May after 32 days in the role.

It’s fitting this Santamaria report comes out in the week of TVNZ Breakfast’s 25th Birthday.

Publicly cancelling two male journalists for crimes against micro aggressions in a cloud of innuendo and trial by woke media seems right in this age of woke lynchings.

From white right wing to the Rainbow United Nations, it’s been a hell of a journey at TVNZ Breakfast.

TVNZ Breakfast is a projection of white middle class aspiration masquerading as the Kiwi nuclear family, it’s the way we want to think of ourselves based on the most popular cultural aesthetic of the time.

25 years ago the vibe was Tony Robbins inspirational self motivation that NZ yearned for, now the set looks like a middle class kindergarten with yoga, vegan, mindfulness options alongside teachers who militantly correct te reo pronunciation and demand pronouns.

TVNZ Breakfast 25 years ago was white rich aspiration with all the moral compass of a piranha, now it’s puritanically inclusive, self asserting and dedicated to using their platform for endless social engineering.

Seven Sharp is the pretence of current affairs for Suburban Soccer Mums while Breakfast is the tasteless vegan granola you consume for performative reasons while cycling to your flax weaving tampon class in Wellington. 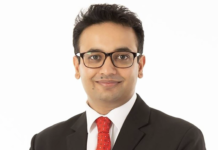 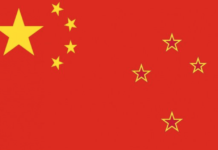