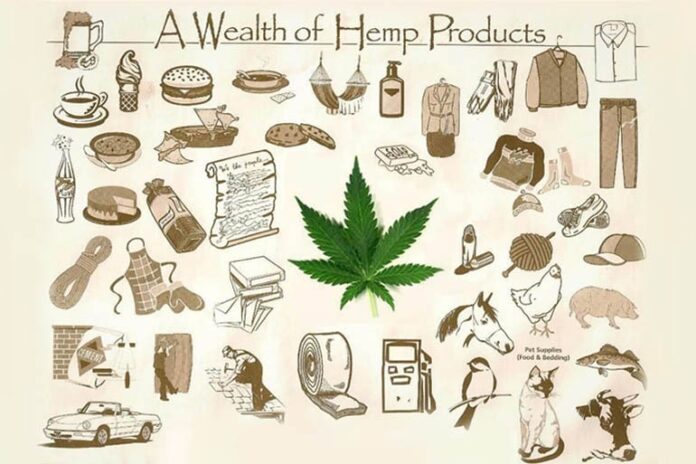 An open letter to Ashley Bloomfield and Chris James; as OIA request.

Congratulations on your impending departure Ashley, and well done for achieving what you have. Ditto Chris. I’m sorry to have been making so many OIA requests while you have been so busy, and hope that it has not been too annoying for your staff.

Your letters in particular Chris have been very insightful, so I request an OIA explanation how and why medsafe has come to prohibit new zealanders, and livestock, from accessing natural (and enriched) hemp products as food. Because for the life of me, it seems like some kind of tortious malfeasance from a public health perspective. Once again, my apologies for taking up your time.

As MedSafe GM Dr Jessamine told us in 2017, “the biggest problem with the regulations is the way that (MedSafe) has been interpreting them”, and that really seems to be the elephant in the room. MedSafe has chosen to block hemp foods at a time of multiple health crises, despite legislation designed to permit it, and when all the evidence suggests that our population’s health would be vastly better off if cannabinoid rich hemp foods were broadly available.

Instead, medsafe has chosen to disable the hemp regs, and pharmaceuticalise hemp; thereby acting inequitably, and enforcing inequity-something which Martin Woodbridge acknowledged in his 2008 report for the national drug policy unit was inevitable in a pharmaceutical system. But which was clearly avoidable via nutritional access.

That NZ finally got good smart hemp regs, (essentially the US Farm Bill of 2018) in 2006, and that medsafe then disabled them; then wrongly controlled CBD as a controlled drug – bypassed the medicines classification committee, and overrode the contrary positions of ESR, FSANZ, and its own internal advice; seems anticompetitive and backwards.

That the internal advice that you claim countered those other voices was intellectually unjustified; was provided in response to a leading question; and was then backed up by legal advice that you refuse to release; but which seems based upon a fallacious and mendacious interpretation of UNSCN 1961, seems also fundamentally anticompetitive; and anti the public interest.

Furthermore, Hemp foods rich in cannabinoids have been traditionally used for wellness since (at least) the first pharmacopeia was written nearly 5000 years ago by the Emperor Shen Nung.

Despite pressure from the US, India refused to consider Cannabis a dangerous drug, hence Article 28 of UNSCN explicitly frees C.Sativa of all controls when grown for horticultural purposes; – in contrary to your legal opinion, it is NOT ‘expressly prohibitionist in nature”. Many Indians say that Cannabis is Indias gift to the world.

“Preamble: Being concerned with the health and welfare of mankind, Noting with concern the public health and social problems resulting from the abuse of certain psychotropic substances”

Hemp Cannabis is a safe, therapeutic, non psychotropic food crop. In India high THC foods are also considered safe and beneficial. Recent research shows that even small doses are neuroprotective, and that the dangers of cannabis are as signifcantly overstated as the benefit are understated. Eg. the Minsitry of Healths recent misinformation regarding a “theoretical lethal dose of 4g THC”, and its total disregard for cannabinoids as a potential treatment for the economical prevention and treatment of numerous cancers.

Recalling that the Preamble to the Single Convention on Narcotic Drugs, 1961, states that the Parties to the Convention are “concerned with the health and welfare of mankind” and are “conscious of their duty to prevent and combat” the evil of drug addiction, this seems contrary to the Ministry of Healths public service responsibilities.

Hemp is non addictive, and valuable for a broad range of health benfits. Products of Hemp should be legal foods, and not just the denatured crumbs you have given us.

Both the manager of MedSafe at the time of the 2006 Hemp regs, (and her husband the MPI regulator on the same issue), have submitted affidavits (attached) outlining that the original intention of the Hemp Regs was to enable the use of hemp (without limits on on non THCs) as food for humans and animals. While it is obvious to the informed, the public remains oblivious to the fact that more than half of all medicines target the human cannabinoid system. This means, of course, that natural cannabinoid rich hemp foods could outcompete some medicines. A potential political conflict of interest for people, departments, and politicians that might explain the crazy trajectory of cannabis prohibition and political economy.

When MedSafe sought clarification as to the status of CBD under MoDA, detailed and specific internal advice (Antony Fake 2009) clearly stated that CBD was not a THC, and had neither abuse nor safety potential; and was therefore uncontrolled. This position was forcefully argued by ESR, under EACD co-founder Dr Keith Bedford and ESR GM.

The safety of CBD was subsequently further emphasisied by FSANZ, which saw no need for maximum CBD limits to be set in hemp foods.

That MoH/MedSafe pressure led to CBD being made a controlled rug seems potentially indicative of a regulator acting more as an anticompetitive enforcer of pharma market share than as a Ministry of ‘Health’ concerned with improving equity, access, and health outcomes for the public. This is deeply concerning, can you perhaps explain how such a counterintuitive situation can be?

But, this is where I start to get confused and hopeful. Is it just the system, and is there some way to progress public health via evidence, like the Japane approach to nutrition? Or will you someday pharmaceuticalise apples? Because the logical endpoint of a policy direction like this seems to be getting apples from a doctor instead of a fruit shop.

The question is, does MoH serve the pharmacuetical model, or the public health interest?

As Chief Policy Advisor, and then DG Ashley, you had the opportunity to advance the implementation of the Hemp Regs to enable affordable hemp foods – thus providing the ‘compassionate access’ I’ve seen you acknowledge (in writing) an argument for comapassionate access, and dismiss it, in favour of a standardised pharmaceutical option at some further date in the distant future. ….Meanwhile, useful hemp foods were kneecapped.

Instead of using the opportunity to improve health via nutrition; you, MedSafe, and the Ministry, have clearly favoured the inequity of a pharmaceutical monopoly. This is curious to me.

As CPA and the DG you had a unique window to assess the therapeutic potential of Hemp/Cannabis, and then implement the hemp regs to improve population health.

Instead, under your watch we saw the Hemp industry disabled, and hemp pharmaceuticalised.

Can you please explain, as an OIA, how this unique opportunity (akin to folate in bread but of much more public health significance) to reintroduce cannabinoids into the food web became instead a cartel opportunity for the pharmaceutical industry?

I would like you to please explain how NZ went (2006-2018) from having regulations permitting ‘products of hemp’ under MoDA (and an enlightened and informed National Drug Policy Unit) to MedSafe disabling the hemp regulations; fighting off the food regulators proposal that products of hemp have no maximum limits for CBD, “to distinguish between a food and a therapeutic good”.

The decisions taken by MedSafe seem counterintuitive from a public service and population health perspective, especially given FSANZ’ position re: no MLs of CBD being required in food from a safety perspective. It really does seem like MoHs position was, and is, to deny the public access to benefits that come without the ticket clipping of ‘authorised healers’ and sales from the pharmaceutical industry that they essentially distribute the products for; and that you regulate.

The behaviour of MoH/MedSafe in prohibiting kiwis from both naturally and enriched hemp foods when regulation existed to do so; in controlling CBD against internal advice, external advice, common sense, and international jurisprudence, seems unethical, and in breach of common law notions of public service.

I would greatly appreciate you explaining to me how this is/is not so, and how you see this situation as being correctable so as to give the public equitable, nutritional, access to the safe and essential molecules of health regulation called cannabinoids that you appear to have unjustly privatised via pharmaceutical ghettoisation.

Many thanks for your patience.