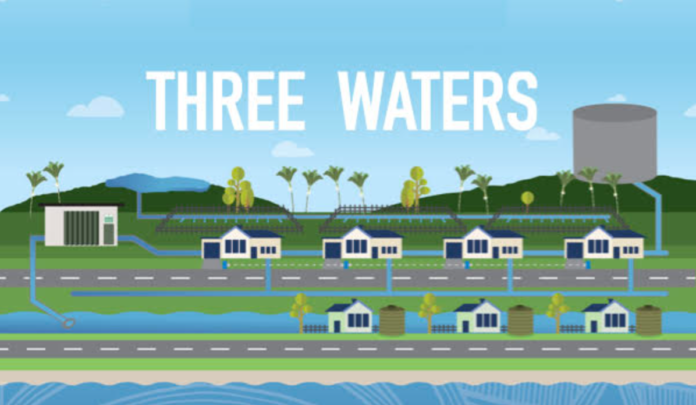 No, this massive reform programme was just as likely to have been a Cabinet decision pure and simple. And, if The Daily Blog’s esteemed editor is to be believed, Three Waters wasn’t even Nanaia Mahuta’s idea – not really.

Apparently, the whole thing was dreamt up by David Parker, the Sixth Labour Government’s scary éminence grise. He sold his monstrous plan to Nanaia as the long-sought solution to the vexed issue of Māori and Water. A delighted Nanaia then sold it to her Māori colleagues, who, desperate for any sort of policy win (the latter being rather thin on the ground) seized it with both hands.

Which means that even if the Three Waters plan was brought in front of Labour’s Caucus for ratification, what Pakeha Labour MP in his or her right mind was going to incur the odium of raising “colonialist” objections to the fulfilment of the Crown’s te Tiriti obligations? Nobody – that’s who.

So, assuming that it was indeed the Talented Mr Parker who came up with this plan: to seize the entire drinking, storm and waste water infrastructure of the nation, wrap it up in layer upon layer of legal Kevlar, and then, with the cheapest money taxpayers’ money can borrow, implement the sort of upgrades that generation after generation of cowardly local politicians have considered it more expedient to defer; where’s the problem?

Surely it makes the very best kind of sense to nationalise the whole shebang? Surely, Mr Parker’s four “Entities”, all of them operating under “professional governance”, will manage the three waters for the benefit of the whole community – not just in the interests of the farmers, developers and industrialists who, for more than a century, have run local government as a wholly-owned subsidiary of Kiwi Capitalism Limited? Surely, what Mr Parker is offering us is Socialism? So, come on Comrades – what’s not to like?

Never heard of it? Well, yeah, that’s because most of us grew up in New Zealand, not Europe. Subsidiarity is a well understood and respected concept in the nations of the European Union.

Terrific. What does it mean?

According to Wikipedia: “Subsidiarity is an organizing principle [which holds] that matters ought to be handled by the smallest, lowest or least centralized competent authority. Political decisions should be taken at a local level if possible, rather than by a central authority.”

It does not require a Professor of Political Studies to point out the synergies between Subsidiarity and Democracy. If all politics is, ultimately, local, then all democratic politics must have a local component.

Who do you call if your rubbish isn’t collected? The Council.

Who lays on the bus service? The Council.

Who makes sure clean water comes out when you turn the tap? The Council – oh – wait a minute.

Yes, yes, yes, I know: when people turned on their taps in Havelock North the water that came out wasn’t clean. Four people died. Thousands became ill. The locals were enraged. They demanded answers – and clean water. And, guess what: they got both. Subsidiarity and Democracy worked.

If “The Council” hadn’t cleaned up Havelock North’s water, then the voters of Havelock North would have elected themselves another. That’s what Democracy is all about: accountability from the governors because, ultimately, they derive their “just powers” from “the consent of the governed”.

Now, ask yourself, how accountable will these Parker/Mahuta “Entities” be to the people who turn on their taps? Because, let’s be very clear here, no ordinary person gets to vote for any of the people providing “professional governance” for the Three Waters “Entities”. Indeed, the entire system is designed to keep the ordinary person as far away from the people making the decisions as possible.

So, if there’s a problem with your water, who do you call? Not your Council – that’s for sure. While it may technically “own” the “Entity” (or, at least, a part of it) it does not control it. There’s no point in calling the bodies which appoint the people who run the “entity” either, their job is done.

So, where’s the problem? You just call the “Entity”.

Yep, you can do that. It may be headquartered in a city 200 kilometres away. The person at the other end of the phone may never have so much as driven through your town. Complaints may be coming into the call centre you’ve reached every few seconds. So – good luck with that.

What featherbrained bunch of bureaucrats dreamed up this complicated and unaccountable system? The answer, sadly, is bureaucrats who wanted the new Three Waters “Entities” to be able to borrow the billions needed to upgrade our drinking, storm and waste water systems as cheaply as possible. To achieve this, they rang Standard & Poors – the credit-rating agency – and asked them what they needed to do – structure-wise – to get the best deal. The ratings agency (surprise, surprise) told them that the “Entities” had to be sealed-off, hermetically, from the influence and interference of interested parties – i.e. you and me. In the jargon: the Councils and the “Entities” had to have “separate balance sheets”.

Please don’t tell me you’re surprised. That’s how Neoliberalism works. It does all it can to insulate the key economic and social decision-makers from the influence and interference of politicians elected by the people on the receiving-end of those same decision-makers’ resolutions. On the Neoliberal balance sheet, Subsidiarity and Democracy simply do not add up.

Whatever else his Caucus colleagues may discover on the Talented Mr Parker’s “To Do” list, they will not find any plans to introduce Socialism via the water supply. 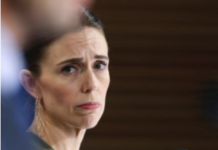 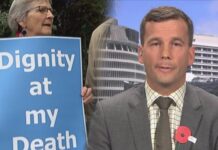 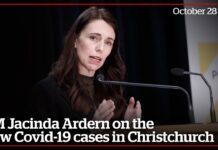