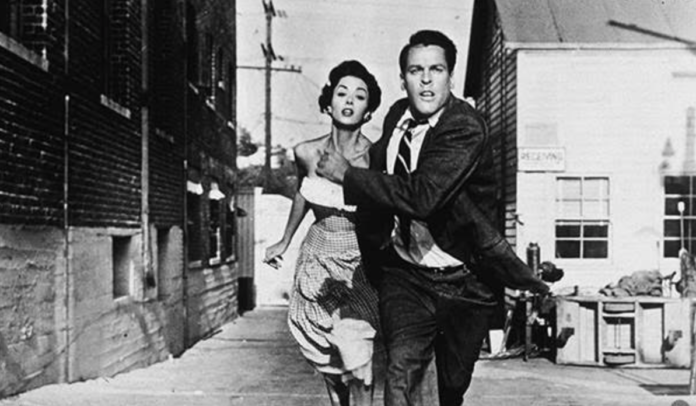 AM I THE ONLY AUCKLANDER feeling let down today? Seventy-one new community cases detected – with that number set to double in the next fortnight. The prospect looms of New Zealand’s largest city being awash with the Delta Variant of Covid-19 by Christmas.

In a few months’ time we are being told to expect up to 5,000 new cases per week. When interviewed, those on the Covid frontline sound like the commanders of a beleaguered army, just waiting for the enemy’s vastly superior formations to come marching over the hill.

To be honest, it’s bloody frightening.

Like so many other Aucklanders, I’ve been waiting to hear the Government’s rescue plan. Unfortunately, they don’t appear to have one – other than sealing Auckland’s borders and letting 1.6 million New Zealanders stew in their own Covid juices until the virus burns itself out.

This is not the Labour Government that New Zealanders flocked to support exactly one year ago this Sunday. That government would never have dreamed of abandoning Auckland to its fate. That Jacinda Ardern told all of us to be kind to one another and gave us her promise to stamp the virus out. She kept her word, and Labour was rewarded with 50.1 percent of the Party Vote.

Where has that Prime Minister gone?

It’s as if we’re all living through a Covid version of Invasion of the Body Snatchers. What has become of the Jacinda who built the Team of Five Million? Where have they taken her closest Cabinet colleagues? Grant Robertson, who kept the economy going? Chris Hipkins, who reassured us that New Zealand was at the front of the queue for the Pfizer vaccine? The people on the stage of the Beehive Theatrette look the same, but they no longer feel the same. As he rejects the advice of his scientific advisers, telling us that there will be no return to Level 4, Chippy’s boyish grin looks more and more like a contemptuous Wellington smirk.

The Body Snatchers have been busy here in Auckland, too. Many of the Aucklanders who had borne the earlier lockdowns stoically and with good humour also seem to have been replaced. They, too, look the same, but their behaviour during the Delta Lockdown has been very different.

These Aucklanders are more reckless of the rules, and more contemptuous of those who follow them. Reference to Jacinda’s Team of Five Million provokes only scorn and derision. If they think they can get away with it, these Aucklanders will happily break all the Level 4 and Level 3 rules.

It’s enough to make you believe that the Anti-Vaxxers might be on to something: that the Pfizer vaccine just might contain a virulent social toxin capable of transforming hitherto kind and compassionate citizens into vicious, self-centred arseholes. Anti-social elements, whose meagre stocks of care and concern might just extend to their families and friends, show scant social solidarity for their fellow Aucklanders – especially those trapped in communities where the vaccination rates are low.

In the Asian and Pakeha communities, where vaccination rates are high, the scope for a racially-charged absence of empathy is considerable. Such indifference is made all the easier by the careless conceptual conflation of the unvaccinated, Maori and Pasifika, drug addicts and the criminal gangs who supply them. Eugenicist quips, laced with racism, such as “Let Darwin take care of the problem!”, show just how busy the Body Snatchers have been in Auckland’s leafy suburbs.

By the same token, the blank refusal of the woman who carried Covid into Northland to co-operate with the authorities, forcing the entire region into Level 3 Lockdown, strongly suggests that the viciously anti-social behaviour of the Snatchers’ substitutions crosses all boundaries of class, race and gender.

As the hero of the original 1956 version of Invasion of the Body Snatchers, Dr Miles Bennell, observes:

“In my practice, I’ve seen how people have allowed their humanity to drain away. Only it happened slowly instead of all at once. They didn’t seem to mind… All of us – a little bit – we  harden our hearts, grow callous. Only when we have to fight to stay human do we realize how precious it is to us, how dear.”

Well, it’s not happening slowly here. In Auckland it is happening all at once. Far too many people in this city – and in Wellington! – are allowing their humanity to drain away. Exactly what it is, that has hardened the hearts of our political leaders – most especially our Queen of Hearts – and caused so many Aucklanders to become callous rule-breakers, is hard to determine.

If you can think of something alien and heartless; something determined to stamp out those precious qualities that make us human; something that’s been here for a while, never missing an opportunity to swell the ranks of its robotic army of unfeeling followers; then could you please drop me a line.

Before the rest of us are snatched away. 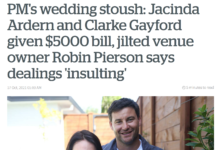 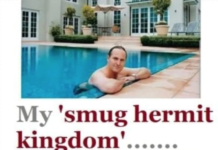 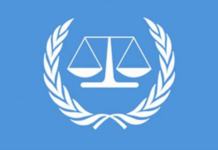 Not in our name