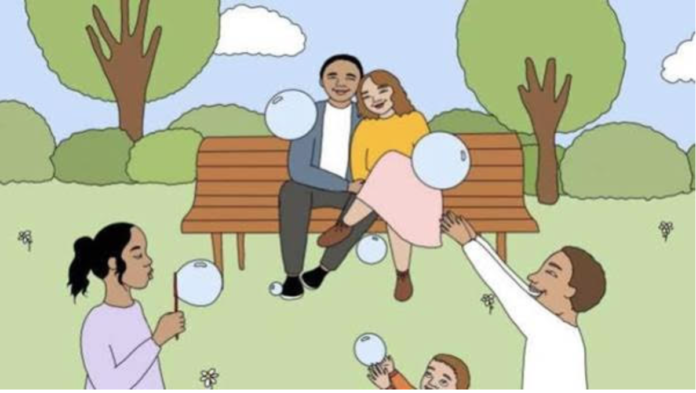 IF EVER Labour’s Māori Caucus had a duty to speak up for the people they represent, it was this past week. There is a viciousness abroad in New Zealand that would happily abandon unvaccinated Māori to their fate. Rejecting out-of-hand the many explanations for the markedly lower vaccination rate among Māori, those lusting to slip the bonds of Covid will insist that the rest of New Zealand (by which they mean Pakeha New Zealand) should not be denied their “freedom” because of the resistance of an ill-informed minority.

This ruthless racism will be turbo-charged by the suppressed resentment of many Pakeha at what they see as the Labour Government’s “Maorification” of New Zealand society and culture. What these people would not express publicly in relation to issues like the country’s name, they will happily give voice to under the cover of fighting the good fight against Covid-19. Regardless of their misgivings about the Opposition parties plans for “opening up” New Zealand, they will seize the opportunity to pressure Jacinda Ardern’s Government into adopting National’s and Act’s policies.

These, as always, are informed by the racism of the Right’s electoral base. Not overtly, of course, those days are gone, but covertly, in measures which will inevitably impact with maximum force upon Māori, Pasifika and other “brown” New Zealanders.

The window dressing of National’s support for the United Nations Declaration on the Rights of Indigenous Peoples, itself the product of John Key’s symbolic coalition agreement with the Māori Party, hid his government’s deliberate and persistent neglect of education, health and housing. That the negative consequences of that neglect would impact Māori most forcefully was always known to National’s policy-makers. Also known, however, was how closely Pakeha well-being and Māori deprivation remain interwoven: how important it is for Pakeha to know that they will always be doing better than their Māori compatriots.

This racial advantage must not only be statistically evident, it must also be driven home at practically every location where the Pakeha-dominated state, and disadvantaged Māori, interface. Not only at schools and hospitals, and at Housing New Zealand, but also, with special and refined viciousness, at Work and Income. National had no need to court controversy by giving public voice to the deeply racist sentiments of its members and supporters. They knew that MSD would be right there, every day of the working week, inflicting the necessary pain and humiliation on their behalf.

It was under the National Government of John Key that a further refinement to the growing racial cruelty of New Zealand society was effected. While property speculation and rack-renting have always been ugly features of New Zealand society, the rapid expansion in landlordism that accompanied the twenty-first century property investment explosion brought the Pakeha owners of multiple rental properties into dramatically unequal relationships with Māori, Pasifika and a host of other disadvantaged and marginalised communities. Such relationships are practically feudal in their deeply embedded inequalities.

The pale face of this new vector of racial exploitation could not remain forever in the shadows – but it was willing to try. The rapid rise in the number of “property managers” showed the lengths to which wealthy Pakeha would go to mask their cruelty and greed, not only from their hapless tenants, but also – and more importantly – from themselves.

One suspects that a great deal of the Ardern-led Labour Government’s rhetorical support for all things Māori, which has been such a feature of their time in office, is driven by the awareness of how little it has done to destroy National’s malign legacy. Certainly, there is no escaping the fact of Labour’s abject failure to address in any meaningful (let alone “transformational”) way, the displaced Pakeha racism so deeply embedded in New Zealand’s education, health, housing and welfare systems.

Promising to make a compulsory, highly revisionist, version of New Zealand history available to all schoolchildren will in no way address the fact that, on any given day, as many as 50 percent of all Māori students are absent from their places of learning. Or that, with every passing year, Māori fall further behind their Asian, European and Pasifika co-learners. Nor will a rapid expansion in the number of Māori health bureaucrats necessarily put an end to the third-world diseases afflicting Māori children, or the epidemic of Type 2 Diabetes debilitating Māori adults.

Compounding all of these failures is, of course, the crowning disappointment of the Ardern Government: its inability to get on top of the devastating housing crisis that is destroying any chance of bringing stability or hope to working-class Māori families.

But just as, in the memorable language of the Prime Minister, “the virus is literally finding unvaccinated people”, it is also seeking out all the weaknesses and injustices inherent in New Zealand society. Every street in which 15 people are crowded into a single dwelling. Every family from which an exhausted human-being sets off every day to do the essential work that keeps New Zealand society going, for a wage that is too low to keep her family going.

The virus is finding Māori and Pasifika people where we have herded them, exploited them, humiliated and alienated them. If they are fearful of and/or refuse vaccination, then who gave them the best reasons for feeling frightened and mistrustful? Who insisted upon a country in which its original inhabitants always have to come second to the people who took it from them?

That sudden darkening of the Pakeha sky is caused by millions and millions of chickens coming home to roost.

What we heard from the Beehive Theatrette on Monday afternoon (4/10/21) indicates that Labour’s Māori Caucus has held the line – for now. There will be no sudden introduction of vaccine passports – a move which would instantly transform the many thousands of unvaccinated Māori into an acutely vulnerable pariah class. A move which, by alienating Māori even further from Pakeha, would expose far too many of the tangata whenua to the deadly effects of Covid-19’s Delta variant.

The task for Labour’s Māori Caucus, now, is to move heaven and earth to convince their Pakeha colleagues to pass the reins of the next critical phases of the vaccine roll-out into Māori hands. To supply all the resources required to let Māori convince Māori to get the double-jab.

Not the least of these resources will be an iron-clad promise from Jacinda and her Cabinet that, when Covid is finally beaten, the work of building an Aotearoa-New Zealand in which no virus can ever again seat itself amongst racial injustice and economic exploitation, will, at long last, begin.