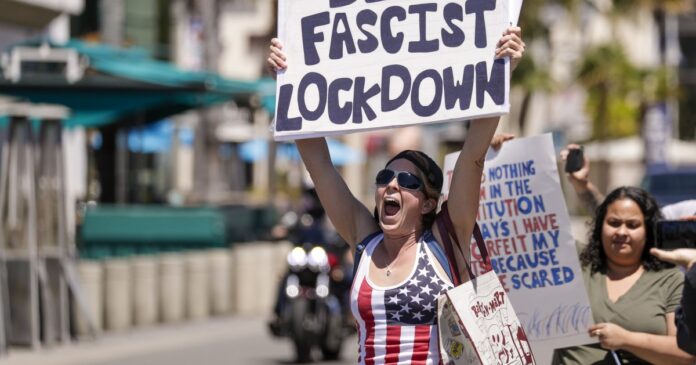 My guess is that our true vaccine hesitancy rate is around 20% and I think you can break some of that down into substantial sub clusters.

If you think the earth is literally 7000 years old, that dinosaurs are a trick by Satan and that a virgin birthed the manifestation of God upon this dimension, then believing the vaccine has a microchip in it isn’t too much of a hop, skip and a jump. These are about 3% and they will never take the vaccine because it’s a matter of faith. These people are as rational as snake preachers wrangling poisonous serpents as proof of faith.

Under educated white poor people who source news from Facebook

The focus is on Maori and Pacifica without acknowledging a large chunk of the vaccine hesitant are just frightened white poor folk who don’t know what the fuck is going on and are clinging to some crazy shit they’ve seen on Facebook from someone they went to school with. These people are redeemable, they can be reached without patronizing them and they deserve the attempt. 5%

Maybe the oddest mutation of the vaccine hesitant is how the Facebook algorithms linked white supremacists with Qanon with people who believe crystals can heal them. Again, if you think energy waves from new age magic can heal your vibration illness you are going to believe the vaccine makes you magnetic. Surprisingly middle class and well educated. 4%

The Qanon fantasists are the result of Facebook algorithms of insanity, these are cultists who will drink the kool aid. They can’t be reached but luckily I don’t think their numbers are very high – barely 1%, they are loud but tiny.

Likewise the grumpy old goat nitpickers who will hold up every chart on earth to prove their point the whole thing is needless blah blah blah. Sure, you’re an expert in pandemics now, great. These old goats will get the vaccine in the end, they are just resentful they are being told to do something. 1%

Gangs & Homeless & Prisoners
Despite all the attention, all up 1%.

Maori, Pacifica, disabled, poor
I believe a solid quarter of that 20% hesitancy are groups who have little say in the distribution of resources and who pay the highest price in a pandemic. Their disconnect is driven by poverty and the total lack of outreach into their communities. This entire segment of society are approachable and desperate for solutions and simply require political will to provide them.

Those who don’t vaccinate because of Anti-vaxx quack science are a reflection of where we are as a culture. In a post-knowledge world, people no longer learn critical thought and peer reviewed structures to ensure scientific rigour, they just google it and hey presto some emotive Youtube clip trumps actual facts and social media’s hysteria algorithms do the rest.  Watching the anti-vaxxers desperately trying to excuse their ignorance with nit picking nonsense to prove their ludicrous assertions of profit driven Pharmaceutical companies peddling death in a needle would be funny if the results weren’t so dangerous. The real twist is that many anti-vaxxers are middle class yoga mums who are the first to take the health high ground on any other issue. It is difficult not to feel anything other than contempt for this group, but we must remember they are the minority issue here.

The real issue is poverty. Most of those who don’t vaccinate come from poor communities and the ability to get immunisation is impacted by that poverty. It is the nature of this deep poverty and inequality that permeates throughout NZ that is the ultimate problem here, not hipster mummy bloggers & Qanon freaks. When you consider that we have 190 000 children living in poverty, the low rate of immunisation can’t be a surprise to anyone can it?

The antiVaxxers and Qanons and the religious and the nutty and the mommy blogger are all very vocal but tiny, the majority are people in poverty who find accessing health care difficult and who are frightened in frightening times.

Getting to 90% vaccination is the goal, getting there requires acknowledgment that battling poverty is the only way to win.