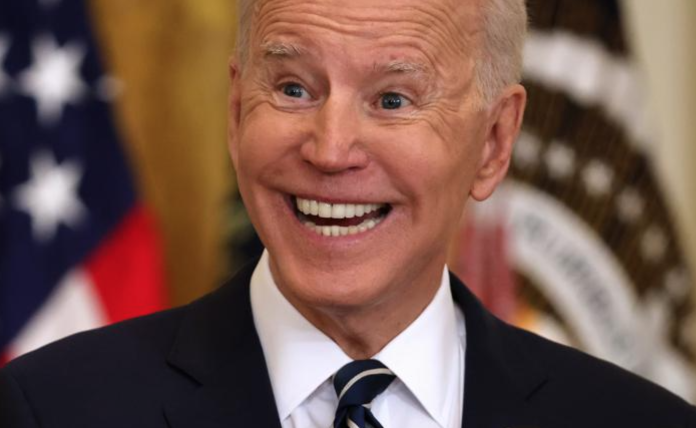 Make no mistake this was an existential moment for democracy itself.

“…the clock ticks for Biden to save his entire agenda”

“There is a make or break vote a day away”

…..the spending bill that has been embraced by Biden is as the culmination of Sanders’ life’s work and two insurgent, but surprisingly successful, campaigns.

….centrist lawmakers like Sens. Joe Manchin of West Virginia and Kyrsten Sinema of Arizona adds up to more than the usual Washington intra-party squabble. It may be a defining confrontation that will determine the future of liberal politics in a brief window of opportunity for generational change.

….The biggest question is if progressives are willing to mortally wound the Biden presidency at a time when Republicans are readying their midterm attack lines and ex-President Donald Trumpis planning what appears to be an attempt to restore his anti-democratic rule in the White House.

Their dilemma is one that every political movement faces sooner or later — whether to dilute its ideals in favor of pragmatic success or to stand firm on principle even if that destroys the hope of incremental success…..

The world is beset with Covid, with Climate Change, with inequality.

The reformers argued that these looming crise are now so immense and damaging that incremental half measures, just won’t cut it.

The pragmatists argued that the Biden full legislative program to address these multiple crise, is just too expensive.

The reformers say,  tax the rich.

The pragmatists said, we will lose our seats. (read; corporate backing).

Caving in to pressure from the Right, Speaker of the House, Nancy Pelosi did a “180”. Pelosi had vowed that the legislation would not be split into two halves. In the end only the half measure bi-partisan part of the legisaltion will be voted on, the full legisation is being put off.

Understandably the progressives balked at this U-turn, and threatened to withdraw their support.

(Bloomberg) — House Speaker Nancy Pelosi was pressing ahead with a vote on a bipartisan infrastructure bill Thursday even though progressive Democrats said they have the numbers to stall it until the Senate agrees on a more expansive tax and spending package….

Representative Pramila Jayapal, the head of the Congressional Progressive Caucus, said after leaving a meeting with Pelosi. “We will not be able to vote for the infrastructure bill until the reconciliation bill has passed.”

Progressives are confounded by the conservatives’ opposition to the full legislation, which they said was, “mystifying”.

Progressives are furious at Sen. Kyrsten Sinema, whose reasons for opposing Biden’s $3.5 trillion agenda are mystifying

…..which features universal pre-K, paid family leave, tax increases on the rich, and climate priorities, among other major Democratic agenda items. She hasn’t been forthcoming about her position with her colleagues or the public and has only made vague comments concerning her multiple discussions with the president.

Tom Perriello, a former Democratic congressman from Virginia who lost his seat after voting for the Affordable Care Act in 2010,arguedin a Washington Post op-ed on Wednesday that even purple state Democrats like Sinema can safely vote for the social-spending bill…

“The middle and working classes want to see the agenda of the president they elected become law, and will remember if it fails,” Perriello wrote….

Frustration mounted this week when news broke that Sinema would hold a fundraiser for business lobbyists who oppose much of the bill….

The Bi-partisan Reconstruction bill, which had been criticised by progressives for including money for fossil fuel instructure rebuild, will be passed.

The Biden presidency will be effectively finished as a reforming administration.

In my opinion this failure will pour petrol on the fire of a turbo-charged Right Wing Trumpian resurgence.