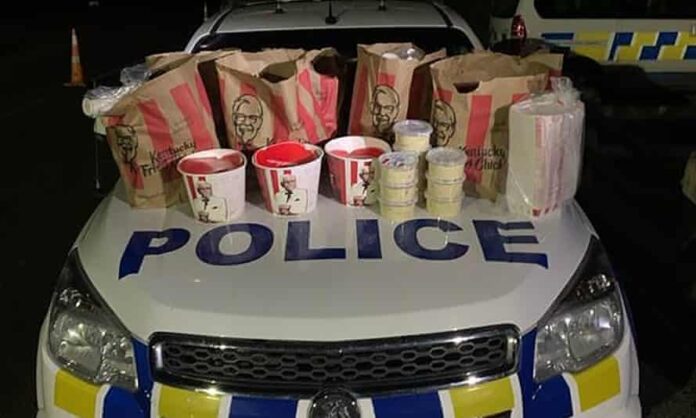 At present, it seems that the virus has moved into the Underworld – with several gangs reporting cases in the past week or so.

Hence why as soon as that Mongrel Mob gang pad out South turned out to be a Covid-19 hot-spot, the Ministry of Health didn’t just go “oh, well we’ll pick them up with the testing facility elsewhere in the community and regular contact tracing”.

Rather, as I recall, a pop-up testing facility was deployed near their front gate, and specialist liaison-work was undertaken with the gang to actually do contact-tracing for the movements of the Mobsters concerned.

I’m given to understand that some elements of this approach are also being employed with the more recent Black Power and Hells Angels situations.

Now why is this rather useful to note? Because it demonstrates that when you’re in an epidemic – a public health emergency – you can get hung up about who the Government “shouldn’t” be working with … or you can observe that working with some groups and individuals, whatever their reputation, may actually be rather important for the public health outcome’s success.

The Government wound up with a lot of malaise a few months ago when it turned out that it had approved Proceeds of Crime money to fund a certain meth-rehab programme. The purported degree of connection to the Mongrel Mob was, of course, breathlessly shouted by voices keen to pre-emptively declare the whole thing a fiasco – because, even leaving aside how limited it actually was, the core message from the opposition appeared to be “you can’t involve gangs in public health provision – even where the people who actually need to be reached for the public health provision are gang-members”.

Would those who decried thus apply similar logic to the Ministry of Health taking a purpose-based and bespoke approach to Covid-19 control measures outside that gang-pad eight days ago?

Or do we recognize that rolling out intervention-strategies designed to protect all of us can occasionally mean working with some of us in particular ways as best befits their circumstances and all of our collective needs.