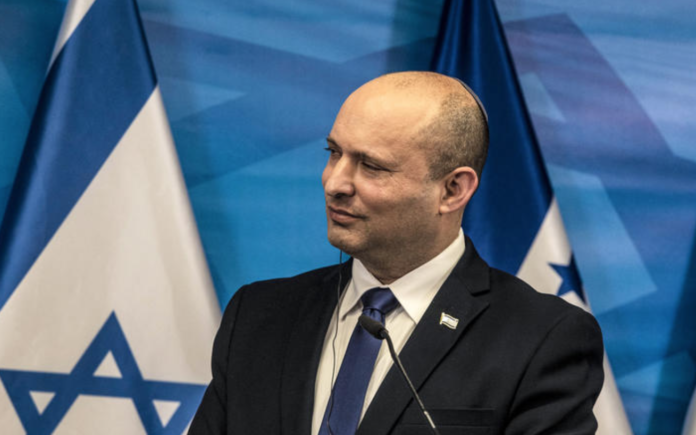 The man who has dominated Israeli politics for so long and campaigned against a Palestinian state is finally gone, for now at least. He has been ousted, after four inconclusive elections in two years, by a broad coalition led by Yamina Party leader Naftali Bennett.

On paper the government is, in Israeli terms, a centre-left government and much has been made of a small Arab party now part of a ruling coalition government for the first time ever.

Might it be time to hope Israel will move towards considering equal rights for Palestinians? Might now be the time for countries like New Zealand to engage more and encourage change towards justice for Palestinians and peace for everyone?

Unfortunately, the answer is a resounding no. The new Israeli government is wedded to continue running what the largest and most respected Israeli human rights organisation B’Tselem calls “a regime of Jewish supremacy from the Jordan River to the Mediterranean Sea”. In their January 2021 landmark report it confirmed what Palestinians and South Africans have been saying for decades – that Israel is an apartheid state.

The B’Tselem report states: “The terms we have used in recent years to describe the situation, such as “prolonged occupation” or a “one-state reality”, are no longer adequate.”

In eight pages it details what it describes as the “four major methods the Israeli regime uses to advance Jewish supremacy”.

It concludes: “These accumulated measures, their pervasiveness in legislation and political practice, and the public and judicial support they receive – all form the basis for our conclusion that the bar for labelling the Israeli regime as apartheid has been met…

“A regime that uses laws, practices and organised violence to cement the supremacy of one group over another is an apartheid regime.”

B’Tselem was joined in April by the US-based, Nobel-Peace-Prize-winning organisation Human Rights Watch, which released a 213-page report detailing how Israeli policies constituted “crimes of apartheid and persecution” against Palestinians.

Living up to the description of an apartheid regime within its first three weeks, the new Israeli government has approved the building of 31 more illegal Jewish-only settlements on occupied Palestinian land, continued plans for demolitions and ethnic-cleansing operations in the occupied East Jerusalem neighbourhood of Silwan, as well as introducing legislation to continue denying entry to Israel by Palestinians who marry Israeli citizens.

As Budour Hassan from Jerusalem Legal Aid and Human Rights Centre (JLAC) said at the time: “You can be French, you can be American, and you can come and live with your Jewish-Israeli spouse, but if you’re Palestinian in the West Bank, you can’t”.

This attempt to continue denying entry to Palestinians who marry Israeli citizens failed but not because the new government has had a change of heart. It has failed because the opposition wanted to make the denial of entry permanent rather than continue the temporary ban.

There are now 65 Israeli laws, described by B’Tselem and Human Rights Watch as apartheid laws, which discriminate against Palestinians who have Israeli citizenship.

And needless to say the killing of Palestinian protesters by the Israeli Defence Forcehas continued unchecked. For example, Ahmad ‘Abdu was assassinated by an Israeli death squad last month.

The killings are not just on the Israeli side however. Last month Nizar Banat, a prominent Palestinian activist who has been highly critical of the Palestinian Authority, was allegedly murdered by PA security forces. A cousin who witnessed the incident said his house was raided in the early morning, he was pepper-sprayed and brutally beaten before being taken away. He died a few hours later.

The Palestinian Authority, which has a security co-operation agreement with Israel, has grown deeply unpopular among Palestinians and its leadership would be voted out of office if Palestinian elections were held now.

But elections planned for earlier this year have been put on hold because Israel is refusing to allow Palestinians living in occupied East Jerusalem to vote. It suits the PA to delay elections because it is unpopular and it suits Israel also because it would lose a more compliant Palestinian leadership.

So where does this new Israeli regime leave us?

Palestinians are in a struggle remarkably similar to the struggle of black South Africans under white rule.

Black South Africans called for boycotts and sanctions from the outside world to help bring pressure for change and that international solidarity, which we celebrate this year on the 40th anniversary of the protests against the 1981 Springbok Tour. These were successful in helping bring a quicker end to that apartheid regime.

Palestinians have made the same call to the world. In 2005 they launched an appeal for Boycotts, Divestment and Sanctions (BDS) to force Israel to abide by international law and United Nations resolutions.

They are campaigning for three things: an end to the Israeli occupation of the Palestinian Territories and the siege of Gaza; an end to Israel’s apartheid laws discriminating against Palestinians and the freedom for Palestinian refugees to return to their homes and land in Israel as is their legal right under international law.

The New Zealand government votes in support of Palestinian human rights each year at the United Nations but, like other western governments, has failed to bring pressure on Israel for change and this is at the heart of the problem.

The government claims it is even-handed in its approach to Palestine and Israel. But this is not true. We have extensive links with Israel but provide only nominal support for Palestinians. For example, the government supports a visa free scheme for young Israelis to travel to New Zealand, but not Palestinians.

Instead of cosying up to Israel’s apartheid regime we should be supporting Palestinians with government pressure on Israel.

It’s not so different to earlier decades when New Zealand governments described white South Africans as our “kith and kin” and gave their “goodwill and blessing” to All Black teams going to South Africa.

I’ll give the last word to the international expert on apartheid, Nobel Peace-Prize-winner and good friend of New Zealand, South Africa’s Archbishop Desmond Tutu, who has described Israeli apartheid as worse than that suffered by black South Africans:

“I have witnessed the racially-segregated roads and housing in the Holy Land that reminded me so much of the conditions we experienced in South Africa under apartheid,” Tutu says.

In the case of Israel, Tutu says the world should “call it apartheid and boycott”. I agree.