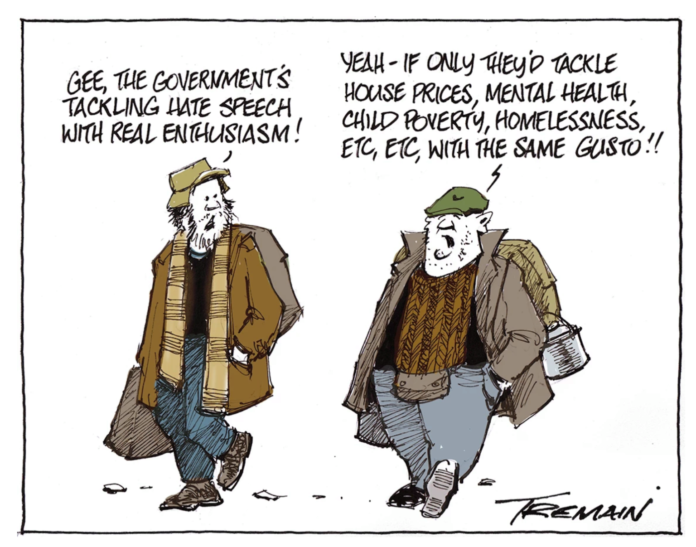 The adults of the Left inside Jacinda’s Office have to punish the Political management of this and the bullshit woke social engineering crap.

Locking people up for 3 years in prison for hurting a millennials easily triggered feelings means we are going to have a million boomers in prison.

Locking parents up in prison for 5 years for stopping their kids from taking puberty blockers is political cyanide.

Labour’s 9point plunge and ACT at never before highs however is a direct response to woke Hate Speech backlash – TDB have been warning about this since 2020 election – jailing people for 3 years by criminalizing free speech and 5 years for blocking puberty blockers will only win votes for ACT.

Jacinda needs to announce a Cabinet reshuffle and announce a new agenda moving forward after listening to the people.

Labour need to start delivering above keeping Covid out. It needs policy that directly impacts people’s pockets and gives them hope that there can be a better planned future.

Woke virtual signals and an online activist base who make piranhas look kind is poisoning the Labour brand.