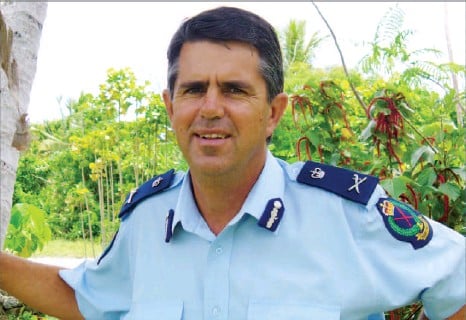 Ross Ardern was a cop in my section   – usually assigned to Mt Albert I car.

Exceptionally well mannered – in contrast to many young male cops who subscribe to a more robust attitude – very much conforming to “police culture’ and peer pressure.

Most noticeable feature was his high standard of reports AND effectiveness in achieving positive outcomes.

No drama. Just went about the tasks cool and confident.

He is the highest rating I ever gave a subordinate – even by the time I was inspector – never came across a cop (given his /her rank at the time) who performed at such an impressive level.

These rating should still be on his personal file at Police HQ.

This was the time of the Dawn Raids.

I was not assigned to Bastion Point or the Dawn raids – my “poisoned chalice”  came later – Red Squad.

Ross Meurant resigned from the police at inspector rank in 1987 to enter parliament as a National MP. Today he is Honorary Consul for Morocco and trustee and CEO of commercial assets owned by absentee Russian investors.