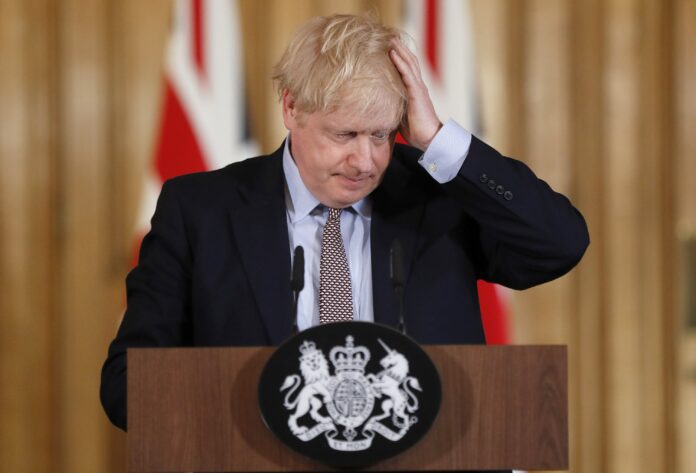 Last Tuesday my oldest daughter Lana returned from London where she teaches for six weeks during the northern summer. That same day I was one of two panellists on Radio New Zealand’s The Panel which runs Monday to Friday from 3.45pm to 5pm. Much of it covers current issues but it begins with a short item from each of the panellists called ‘I’ve been thinking’. My daughter’s much welcome return prompted me to compare the vastly different responses of the United Kingdom and New Zealand to the Covid-19 pandemic.

During the programme the host asked me what I though of the UK government’s decision to end all restrictions on the public and to make the response a personal responsibility only. Time only allowed me to use one word: “terrible”. British scientists, however, enable this single word to be expanded on.

A third coronavirus pandemic wave is now penetrating England despite the high fully vaccinated rate (51% with 68% having one of the two doses). The response of the United Kingdom government not only threatens its population but also has potential implications for New Zealand. On 19 July, branded in poor taste as ‘Freedom Day’, following a lengthy lockdown almost all restrictions will end based on false government claims that, despite surging infections, vaccines have “broken the link between infection and mortality.”

Fortunately the risks of this decision have been identified in a letter from around 100 scientists (including medical specialists) in the British medical journal, The Lancet:

These scientists advise that an end to the pandemic in England through population immunity requires enough of the population to be immune to prevent exponential growth of Covid-19 (fortunately for the Welsh and Scots they have devolved governments). But population immunity is unlikely to be achieved without much higher vaccination levels than can be reasonably expected by 19 July.

They note with deep concern that the UK Health Secretary [Minister of Health] Sajid Javid has admitted that daily infections could reach 100 000 per day over the northern summer. While the link between infection and death might have been weakened, it hasn’t been broken. Further, infection can still cause substantial morbidity in both acute and long-term illness.

The scientists then go on to identify five main concerns with the plan to lift all restrictions at this stage of the pandemic. First, unmitigated transmission will disproportionately affect unvaccinated children and young people who have already suffered greatly. On an assumption that around 20% of unvaccinated people are protected by previous Covid-19 infection, this still leaves more than 17 million people with no protection.

Given this and the high transmissibility of the Delta variant, exponential growth will probably continue until millions more people are infected, leaving hundreds of thousands of people with long-term illness and disability. The risk is that a generation will be created with chronic health problems and disability, the personal and economic impacts of which might be felt for decades to come.

Second, high rates of transmission in schools and in children will lead to significant educational disruption. The scientists identify the root cause of educational disruption as transmission, not isolation. Strict measures should be required to keep community transmission low until eventual vaccination of children ensures the safety of children in schools. This is all the more important for clinically and socially vulnerable children. Allowing transmission to continue over the summer will create a reservoir of infection, which will probably accelerate spread when schools and universities re-open in autumn.

Third, preliminary modelling data suggest the government’s strategy provides fertile ground for the emergence of vaccine-resistant variants. This would place everyone at risk, including those already vaccinated, within the UK and globally. While vaccines can be updated, this requires time and resources, leaving many exposed in the interim.

Elsewhere the decision to cease restrictions from 19 July has been described as opening a school for virus variants to learn how to get around vaccines. This is taking free education several steps too far!

Fourth, the scientists advise that the UK government’s decision will have a significant impact on health services and exhausted healthcare staff who haven’t yet recovered from previous infection waves. The link between cases and hospital admissions has not been broken, and rising case numbers will inevitably lead to increased hospital admissions, applying further pressure at a time when millions of people are waiting for non-Covid medical procedures and routine care.

Fifth, as deprived communities are more exposed to and more at risk from Covid-19, this decision will continue to disproportionately affect the most vulnerable and marginalised, deepening inequalities.

Consequently the scientists strongly recommend that the Government reconsiders its current strategy and takes urgent steps to protect the public, including children. Instead it should delay complete re-opening until everyone, including adolescents, have been offered vaccination and uptake is high, and until measures such as adequate ventilation and spacing (for example, by reducing class sizes) are in place in schools.

Until then, public health measures including universal mask wearing in indoor spaces (even for those vaccinated), ventilation and air filtration, effective border quarantine, and contact tracing should continue. The intent would be to ensure that everyone is protected and make it much less likely that further restrictions or lockdowns will be needed.

The scientists accuse the government of embarking on a dangerous and unethical experiment. Leading New Zealand epidemiologist Professor Michael Baker has rightly described this experiment as barbaric.

Unfortunately barbaric has characterised Prime Minister Boris Johnson’s leadership of the UK’s pandemic response right from the beginning. He began by being cavalier including boasting about shaking the hands of the infected. He was initially lured into supporting the ‘herd immunity’ response in Sweden which has proven to be disastrous for Swedes.

It was only when the noise and data modelling form scientists became so strong and alarming that Barbaric Boris shifted but only to mitigation rather than elimination. There were subsequent lockdowns but nowhere as firm and quick as New Zealand’s. Johnson was slow to accept expert advice over subsequent lockdowns and when he did the lateness meant that they were less effective and much longer than they needed to be which undermined public confidence.

Consequently the United Kingdom has one of the highest Covid-19 death rates in the world even trumping Trump in the United States – just! Its death rate per million people as of 8 July was 1,916 compared with 5 in New Zealand. The reason for this enormous difference is that New Zealand had a successful elimination strategy towards community transmission while the UK had a disastrous mitigation strategy made worse by a mix of extraordinary political incompetence and callousness.

All Boris needs to do is look across the English Channel to the Netherlands which lifted all restrictions on 26 June. Three weeks later infections increased by 500% in a week leading the government to apologise and reinstate restrictions. Sadly his impaired vision suggests he won’t comprehend this lesson. His impairment suggests he also won’t learn from his Secretary for Health Javid who despite having both vaccination doses has now been infected and has self-isolated! There is also no sign that Javid will learn.

If the scientists are right, and there is every reason to believe they are, New Zealand will need to consider extra precautions to protect us from virus infections from the UK. Further, if the New South Wales government (the Australian state with the softest coronavirus response) decides to give up and follow Johnson’s path as has been speculated, then the risk of infecting New Zealanders would be so high as to not only end the travel bubble with the state but for all Australia.

Thanks to Barbaric Boris I’ve left with the unavoidable conclusion that my daughter Lana (and my niece near York) would be much safer in New Zealand.