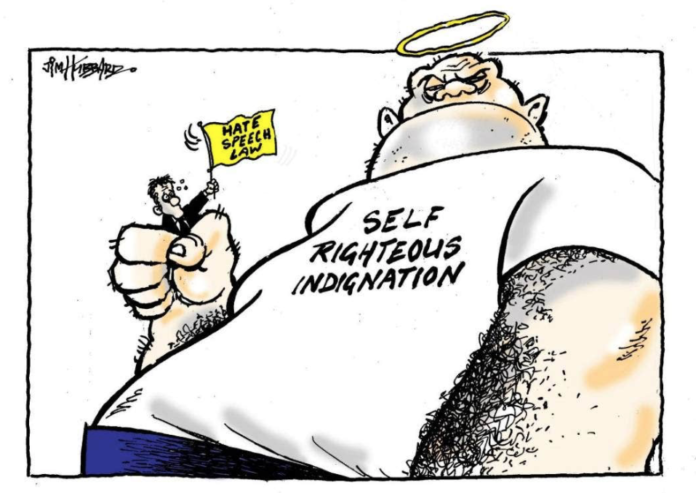 To date, the elite woke opinion at Stuff has oscillated between declaring cancel culture isn’t a thing at all, to writing off criticism of Hate Speech as ‘hyperbole‘ and ‘political chatter‘ while columnists have endorsed the Maori Party Stasi and let us know that the low threshold Stuff has for hate speech includes criticism of gay lounges.

This cartoon that ran last week sums up the smug certitude the woke have in crushing free speech for noble reasons.

It’s as if there can’t be any legitimate criticism of criminalizing speech by expanding sentences from 3months in prison to 3years based on what the Police define as hate!

Under what is being proposed, the first you will know there is a problem is a knock at the door by Police asking to interview you about what was in your heart when you wrote something on your Facebook page 2 years ago.

We always joked on TDB that the holy trinity of Woke Dogma is all white people are irredeemable racists, all men are rapists and anyone defending free speech is a uniform wearing Nazi.

I’d always throw in a cute ‘and there’s no wriggle room in those positions’ and we would all laugh about how crazy middle class identity politics really is.

But fresh from trying to pre-censor a movie no one had seen, the Woke are actually trying to implement their Dogma as accepted faith by gaining a micro aggression policing legal weapon they will smash the evil with.

The spittle of anticipation from their fangs for a purge is woke fascism – this isn’t social policy, it’s a revenge fantasy!

Jacinda’s soul was tattooed with the rage and pain suffered upon good people merely practicing their faith in a temple that should have been the safest place in the world. Her thirst for justice and change is righteous but what’s been suggested will mutate intentions far less noble than Jacinda’s and weaponize offence.

Mark my words, if this madness passes it will unleash a tsunami of Police complaints as schisms turn on schisms and social media will erupt with roaming lynch mobs seeking justice for a thousand sleights.

Stuff opinion writers will be the first to anoint themselves as high priests of the purge. 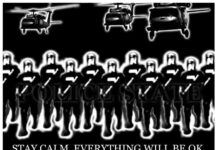 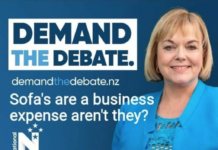 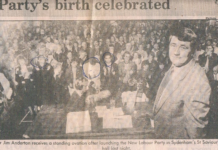