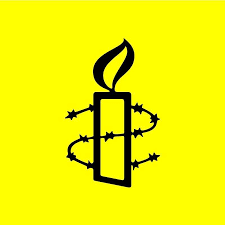 The below can be attributed to Amnesty International Aotearoa New Zealand in reference to reports that the Department of Corrections is in some cases confiscating a particular newsletter by the organisation People Against Prisons Aotearoa.

Amnesty International is deeply concerned by these reports. The threshold for withholding information, and for limiting self-expression and consumption of information is considerably high, including for people being held in criminal justice facilities in Aotearoa New Zealand. People in prison have had their liberty restricted, but still have other human rights.

Article 19 of the International Covenant on Civil and Political Rights (ICCPR), of which Aotearoa New Zealand is a signatory of, affirms the importance of people’s freedom of expression. Inherent to this is the ability for people to, seek, receive and impart information and ideas of all kinds and in any form; be it orally, written, printed or in art. Whilst this is not an absolute right, it can only be limited as provided by law and in a very narrow set of circumstances.

The Nelson Mandela Rules echo the importance of people in prison maintaining contact with the outside world. Rule 39 states; “Prisoners shall be kept informed regularly of the more important items of news by the reading of newspapers, periodicals or special institutional publications, by hearing wireless transmissions, by lectures or by any similar means as authorized or controlled by the administration.”

Amnesty International is concerned that Corrections has not provided sufficient evidence that the newsletter meets the high threshold for restricting information and freedom of expression for people in detention in this way. It is particularly notable that the newsletter emphasises non-violent collaboration, preventing escalating tensions and basic information on human rights standards and complaints processes in prisons.

We are also concerned that the action to withhold the newsletter sets a concerning precedent about “acceptable” and “non-acceptable” criticism from civil society.

The ability to criticise Government and its agencies is a hallmark of any well-functioning society.

All people, including people in prison deserve dignity and care. People in prison, like everyone, deserve a respectful environment of common decency where their basic living requirements; adequate food, sanitation, clothing and the like are met. The New Zealand Bill of Rights Act, the Nelson Mandela Rules and the ICCPR are essential protections that exist to protect the rights of all.