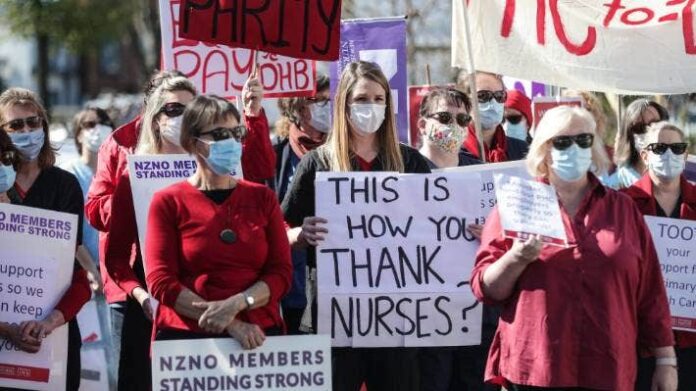 Nearly all non-urgent surgery and outpatient clinics have been cancelled today, as thousands of nurses go on strike.

At 11am, nurses will down tools to join marches and pickets across the country as they highlight their anger with pay and working conditions.

Emergency services will still run today and those with urgent medical needs are being told they will still be able to attend hospital or dial 111.

I think the nurses have terribly misread the public support for their industrial action.

Kicked off after Labour used the public service pay freeze to eclipse their Fair Pay Universal Unionism announcement, the Wellington Union Twitterati rage was an echo chamber that thought it had far more support than it really did.

A 17% pay rise is so far outside most NZers personal expectations that industrial action looks self serving not selfless.

Jacinda can point to a desire to pay the poorest nurses more, can point out the same competitive recruitment pressures have been here for 18months with Australia without gutting staffing levels and that beneficiaries had pay rises instead.

There’s also the undeniable truth that if the Nurses are tired now, imagine how much worse it would haven been if Covid actually had got into NZ?

The Union leadership have picked an odd ditch to fight over against one of the most popular Prime Ministers.