The just-announced formation of a new government in Israel is not a cause for celebration. For those who might think new Israeli Prime Minister Naftali Bennett must be an improvement after 12 years of appalling racism from Benjamin Netanyahu – think again!

Netanyahu was infamous for statements of race-hatred such as:

(If anyone isn’t sure just how racist these statements are – replace the word “Palestinians” with the word “Jews” and read them again!)

Bennett is from Yamina, a party to the right of Netanyahu, and like Netanyahu he is a fully matured racist, he does not support even a two-state solution for Palestinians and his political party sees Palestinians – all Palestinians – as the enemy.

Bennett is on record as advocating the murder of Palestinians taken prisoner. The former Israeli Defence Force officer says: “I’ve killed lots of Arabs in my life and there’s no problem with that”

The number two on Yamina’s party list, Ayelet Shaked, has called for genocide of Palestinians. She posted on Facebook saying “the entire Palestinian people is the enemy” and justifies its destruction, “including its elderly and its women, its cities and its villages, its property and its infrastructure.” She calls for the slaughter of Palestinian mothers who give birth to “little snakes.”

So you understand just how awful this woman is – here is a recent Ayelet Shaked election campaign video. It is not a spoof – it’s her actual election video.

In any self-respecting country Bennett and Shaked would be in prison for inciting race hatred and violence against Palestinians – but no – they are leading the new government.

Bennett’s election should signal to our government that Palestinians will never gain human rights without serious accountabilities (sanctions) put in place against Israel after 73 years of racism, apartheid and unbridled brutality against Palestinians. 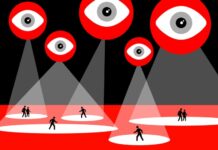 MEDIAWATCH: Has Twitter cancelled Jacinda yet for a movie she has no control over? Why we need a movie about our terror attack. 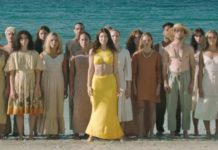