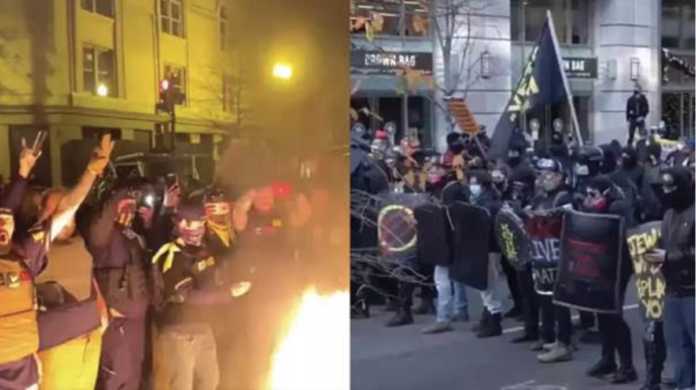 EVEN THE HEADLINE is misleading: “How the SIS Missed the Threat of the Far Right”. Marc Dalder’s latest posting on the Newsroom site purports to offer evidence of the Service’s failure to adequately assess the danger posed to New Zealand society by Far Right and White Supremacist groups. In fact, from the documents Dalder relies upon, it is clear that the SIS assessed the threat potential of New Zealand’s right-wing extremists with considerable accuracy.

That the SIS failed to prevent the “lone wolf” attack perpetrated by Australian extremist Brenton Tarrant is undeniable. But, once again, the official documents cited by Dalder make it very clear that, without the assistance of the most extraordinary dumb luck, the detection and prevention of such attacks is next-to-impossible. Curiously enough, this is also precisely what the Royal Commission of Inquiry Into the Christchurch Mosque Attacks concluded.

Dalder’s post highlights a paper produced by the National Assessments Committee of the Department of Prime Minister and Cabinet (not, you’ll note, the SIS)  entitled “The Right Wing in New Zealand: Myth versus Reality”.

“The bulk of this paper examined the threat of far-right groups, even though previous right-wing terrorists like Anders Breivik were not affiliated with a specific organisation. It determined that ‘established, overt groups’ like Right Wing Resistance and the New Zealand National Front ‘posed no threat to domestic security’ and ‘there is no information to suggest either group has the intent or capability to impose their ideology through illegitimate means’.

“Greater threats could be found in ‘small [extreme right wing] groups or individuals acting outside the sanction of established organisations’ who ‘are the key vector for harm associated with the far-right … Extremist racist acts are rare and have not routinely featured the use of firearms, but the relative ease of access to semi-automatic firearms means that a ‘lone wolf’ attack scenario remains a possibility.”

“This document briefly notes that publicly available information ‘indicates the popularity of far-right ideology has risen in the West since the early 2000s’ but that New Zealand’s far-right groups don’t have ‘the intent or capability to promote their ideology by an act of terrorism’.

“Yet again, this focus on groups appears to have slipped up the agency. What about a lone wolf attack?

“As has been evidenced in similar jurisdictions to New Zealand, an extreme right-wing lone actor attack remains a possibility, albeit a remote one.”

Dalder’s judgement of the New Zealand National Security Community – revealed in sentences like: “Yet again, this focus on groups appears to have slipped up the agency”, relies entirely on ex post facto reasoning. He knows that Tarrant’s terrorist attack occurred, and therefore feels entitled to say that the SIS “slipped up”.

Except that it didn’t slip up. The SIS and its sister agencies looked at New Zealand’s tiny – and, frankly, rather ridiculous – Far Right community and quite correctly assessed its miniscule groups as possessing neither the intent nor the capability of carrying out a terrorist act. Far from slipping up, the SIS made the right call. It advised the Government that New Zealand’s Far Right groups were nothing to worry about – and they weren’t.

The ideologies of overt white supremacism and/or National Socialism simply do not attract New Zealanders in anything like the numbers required to merit the serious attention of the SIS. Every time these wannabe stormtroopers attempt to strut their stuff on the streets, they are monstered by a far superior force of genuinely aggressive anti-fascists – so much so that they usually require Police protection! Terrorists should be (and are) made of sterner stuff.

Certainly, the Christchurch Shooter was made of homicidally sterner stuff. Stuff which, as New Zealand’s national security analysts rightly warned, is almost impossible to detect or prevent. Yet, even here, their predictions proved accurate. They had rated the chances of a “lone wolf” New Zealander emerging to wreak the sort of havoc unleashed by Anders Breivik in Norway as “remote”, and, once again, they were proved correct. Brenton Tarrant was an Australian, radicalised online and overseas, who chose to carry out his “mission” in New Zealand precisely because it was just about the last place on earth where anyone would expect such a dreadful tragedy to happen.

So, what, exactly, is Dalder hoping to achieve by constantly berating the SIS and the rest of New Zealand’s national security apparatus for missing a “lone wolf” Australian terrorist? Especially when our spooks had repeatedly warned their political masters that “lone wolf” terrorists were almost impossible to intercept? Is he hoping that by repeating these charges over and over again he and his supporters will establish a political climate in which truly draconian levels of state surveillance are accepted as both urgent and necessary?

Assessing the response of the “anti-fascists” to the clearly illegal communication of genocidal ideas via a YouTube posting (quickly taken down) from a person later confirmed by the Police as suffering from a mental illness, one is left wondering. Our current laws prohibit the sort of violent, racially-charged speech posted by this individual – who may yet find himself charged with inciting racial hatred.

A small measure of comfort should, however, be taken from the fact that his anti-Maori threats were broadcast on YouTube and, consequently, detected almost immediately. Would that Brenton Tarrant had stated his murderous intentions so publicly: because, had he done so, the Christchurch Massacres would never have happened.

Sadly, this is not the way the “anti-fascists” think. The call has gone out from the Maori Party for a special “joint taskforce”, comprised of the Police and the SIS (and, perhaps, Race Relations Commissioner, Meng Foon, from the Human Rights Commission, who has gallantly volunteered his assistance) and mandated to step up the surveillance (and harassment?) of Far-Right and/or White Supremacist groups targeting Maori.

Even without such a taskforce, New Zealand’s own version of Antifa has succeeded in getting one such purveyor of Far-Right (but not illegal) online content sacked from his job.

What would a national security profiler say, presented with an individual, already dangerously radicalised, who loses his employment amidst a shrill chorus of public condemnation? Would the profiler be concerned that the subject’s anti-social inclinations might be even further inflamed? That his imagination would soon be seething with bloodthirsty revenge fantasies. Scorned and shunned, could he see such a person descending into the criminal underworld and letting it be known that he’s in the market for a military-style semi-automatic rifle?

One suspects a national security profiler, presented with such a case, would recommend that the subject be declared a “person of interest”. It is to be hoped that law enforcement would have the resources to keep an eye on him 24/7. Although, strictly speaking, until he actually acquired an illegal firearm, he would have committed no offence. So, round-the-clock surveillance might not be possible. What about the SIS? Well, no, the SIS is not permitted to engage in law enforcement – that’s the Police’s job.

Perhaps that’s what the Maori Party has in mind: the spooks and the cops working together, side-by-side – ably assisted by Meng Foon and an unofficial collection of civilian spies and YouTube monitors. Once the accusation of Far Right, White Supremacist and/or anti-Maori proclivities was made, these folk could swing into action. Maybe take the suspect into protective custody? Maybe interrogate him?

After all, interventions of this kind, targeting communists, socialists, gays and Jews, worked really well for the Nazis.