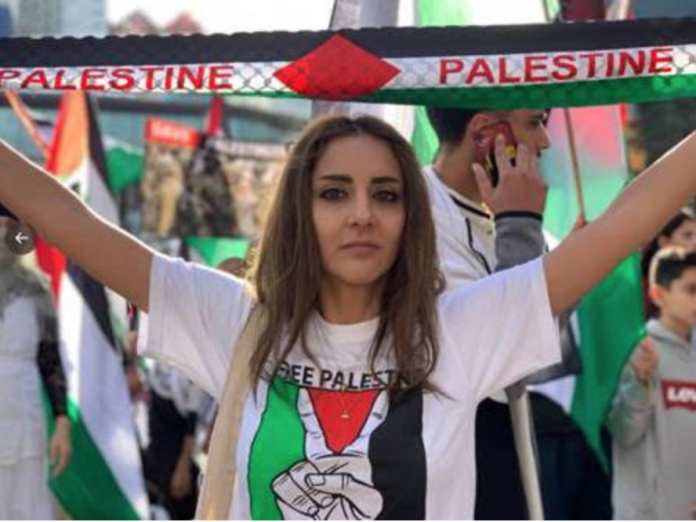 THE GREENS have failed to win parliamentary support for a motion supporting Palestinian statehood. Sponsored by the Greens’ foreign affairs spokesperson, Golriz Ghahraman, the motion reaffirmed “the right of Palestine to self-determination and statehood”, and called upon the government of New Zealand to “recognise the State of Palestine among our community of nations”. Both National and Act were quick to signal their opposition to recognising Palestine as a sovereign state. The right-wing parties’ objections abruptly ended Ghahraman’s initiative. Without securing the unanimous permission of the whole House, her motion could not even be introduced – let alone debated.

The Right’s veto was probably welcomed by the Labour Government. Foreign Minister Nanaia Mahuta hardly needs to be warned by her diplomatic staff at the Ministry of Foreign Affairs and Trade that the merest suggestion of New Zealand recognising Palestinian statehood would immediately pitch this country’s relationship with Israel into crisis.

Nor would such recognition be unanimously received by New Zealanders as either justified or wise. Sympathy for the Palestinian civilians caught up in the military exchanges between Hamas and the Israeli Defence Force may be universal, but it should not be construed as support for this country recognising Palestine as a sovereign state. Too many Kiwis have too many questions about what that would amount to in the only place that matters – on the ground – to simply wave Ghahraman’s proposition through the checkpoint of political scrutiny.

Not when so many people on Twitter have read Green MP Ricardo Menendez March’s tweet declaring “From the river to the sea, Palestine will be free!” Not when so many television news viewers have seen Ghahraman, herself, protesting against “Israeli aggression” under placards and banners proclaiming exactly the same sentiments.

Surely, the Greens are aware of how Israelis interpret this Palestinian slogan? That if Palestine occupies all of the territory between the River Jordan and the Mediterranean Sea, then the State of Israel must have ceased to exist.

Ghahraman cannot be so naïve as to believe that the so-called “Two State Solution” is about Israel and Palestine occupying the same territory! Not when Israel’s “occupation” of the West Bank of the Jordan River lies at the heart of the conflict. No, to assert that the sovereign state of Palestine will extend “from the river to the sea”, is to declare one’s support for driving the Jews into it.

This is not, of course, what Ghahraman is saying. Announcing her intention of tabling her statehood motion on the Greens’ website, she states: “The path forward from the latest bout of violence must be lasting peace, supported by the international community. Statehood as part of a two state solution would uphold and celebrate the inherent rights and dignity of Palestinians.”

Well, it might, but an awful lot of things would have to happen first.

For example, Hamas (still designated as a terrorist organisation by the New Zealand government) would have to recognise the State of Israel’s right to exist. Also, the roughly 600,000 Israeli settlers currently living on the West Bank and in East jerusalem would have to abandon their illegal settlements and return to Israel. The Palestinian Authority, which, fearful of a Hamas victory, recently cancelled the elections which threatened to do just that, would have to re-establish democracy on the West Bank and Gaza. (The people of Gaza have not been permitted to cast a vote since they were incautious enough to elect Hamas in 2006.) Similarly, Israeli voters would have to summon up the courage to elect someone other than Benjamin Netanyahu as their prime minister. (Instead of voting over and over and over and over again to make such a transfer of power impossible.) And, last of all, American politicians would have to collectively decide to tell the all-powerful American Israel Public Affairs Committee (AIPAC) to find someone else to intimidate into backing the State of Israel – no matter what it does.

After making all those things happen, the Two State Solution will be a piece of cake!

Politics, politics, politics: it’s no more avoidable in Israel/Palestine than it is in New Zealand. The tragedy that is unfolding in Gaza, East Jerusalem, and the West Bank is not an accident, it is the culmination of a series of self-interested political moves undertaken by the most ruthless players on both sides of the conflict.

Netanyahu is fighting for his political life – and to stay out of jail. He is willing to do whatever it takes to win the support he needs to stay in office. If that means throwing red meat to the most extreme Zionist parties, then so be it. Raising the tensions between Jews and Arabs in the Holy City makes perfect sense if you’re desperate to prevent your political rivals from enlisting the support of Arab-Israeli parties in a government of national unity.

Likewise, if you are Hamas. Why wouldn’t you take advantage of the rage being stirred up by Netanyahu and his Zionist allies in East Jerusalem and around the Al Aksa Mosque? Why wouldn’t you demonstrate to the Palestinian people who the true defenders of the Motherland are? Especially in the wake of the Palestinian Authority, a body mired in corruption, calling off the scheduled elections. Get those rockets in the air. Bring down the wrath of Israel’s jets. Watch the body-count grow and grow – as it always does.

Suits Netanyahu. Suits Hamas. A government of national unity made up of Jews and Arabs, ready to at least think about peace, serves the interests of neither.

It must be exhilarating to stand shoulder to shoulder with your Green Party comrades on the streets of a New Zealand city, while all around you angry young men and women chant “From the river to the sea, Palestine will be free!” So easy to get carried away beneath a forest of red, green, black and white Palestinian flags, your ears ringing with righteous indignation. Why not promise to table a motion seeking Palestinian statehood? What else could you do?

Well, you could listen to a couple of anthems. The first is called Palestine’s Freedom Song,  written and recorded by a pair of young Palestinian sisters brim-full of courage and determination. This is what they sing:

We own this home

We own this land

From the river to the sea

We’ve got our stones

And the olive tree

The second is called Hatikvah (The Hope)  and it really is an anthem – the national anthem of the State of Israel. This is what the Israelis sing:

Our hope is not yet lost,
The hope of two thousand years,
To be a free nation in our land,
The land of Zion and Jerusalem.

If Golriz Ghahraman, or anybody else, can think of a way to reconcile the irreconcilable aspirations expressed in these two anthems, then the world would love to hear it. But people of good will have been searching for a very long time – and nobody has found it yet.