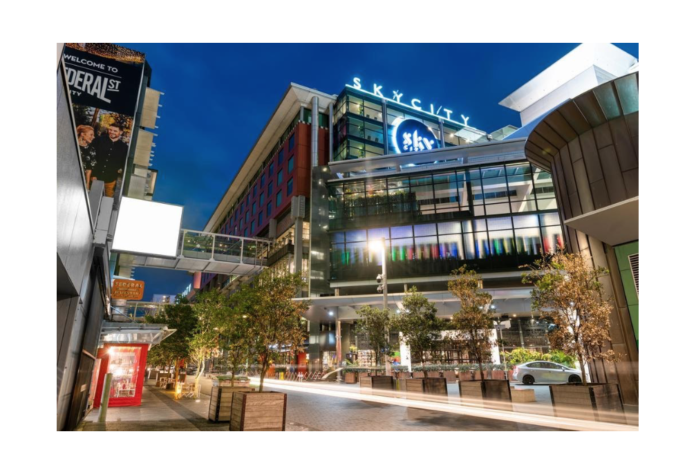 Harvinder (Harry) Singh Sidhu is a serial thief and liar, according to many former employees we have spoken to.

Dozens of Workers Ripped Off

We accused Harry Sidhu of being a crooked boss, who ripped off an employee he hired to manage his security company. But it’s much worse.

It’s clear to us Sidhu has been stealing thousands of dollars from numerous employees. Despite his many lies and delaying tricks the Employment Relations Authority has finally had enough and set July 6 as the date for Sidhu to meet his justice.

We are supporting former manager, Vikram*. We filed a case against Sidhu’s company, Central Care and Settlement Services Limited, in the Auckland Employment Relations Authority last April. We allege Sidhu cheated Vikram of $16,000. We also say Sidhu has had a pattern of gross dishonesty. His suppliers say Sidhu doesn’t pay them and many other employees say he owes them thousands in unpaid wages.

For months, Sidhu went to extraordinary lengths to hide from us after we contacted him about our concerns. It wasn’t until after the Employment Relations Authority got involved that Sidhu had to finally engage a lawyer. The longer this case has gone on, the more fantasies Sidhu has spun to us.

The most ridiculous defence Sidhu claimed was that Vikram had used the company  credit card whilst Sidhu was overseas, withdrawing thousands of dollars at the SkyCity casino. According to Sidhu’s logic, he was not liable because Vikram had stolen from him. Except, Vikram has no access to the card.

Despite several requests, Sidhu has not produced the times or details of withdrawals at the casino, or air tickets showing he was out of the country at the time he claims his card was used. That’s because it’s all a fabrication.

I’m not sure whether Sidhu has mental problems; is a compulsive gambler; a habitual liar; or a thief. I suspect all four.

Vikram has only been at SkyCity twice, with Sidhu, at his boss’s insistence. Vikram doesn’t gamble. His boss told Vikram to meet him there after Vikram insisted on resolving the non-payment of his wages. The other time, Sidhu got drunk and contacted Vikram to drive him home. Interestingly, at the casino, Sidhu got Vikram to use his credit card and withdraw several hundred dollars from a machine for him. Sidhu claimed he was too drunk to undertake the transaction himself.

I wouldn’t put it past Sidhu to think that this could back up his breathtakingly stupid lie. I am now sure there are multiple withdrawals from the company credit card at the casino. I wouldn’t be surprised at the end of this saga if we find the money owed to the many victims has been flushed through the casino by someone with a gambling addiction. And it’s not Vikram.

Sidhu’s latest counterclaim to the Authority is that he had actually paid Vikram through an overseas account. He doesn’t say why he choose to pay his employee through an illegal money laundering process. The Authority have asked him to produce the records of these transactions. He hasn’t. That’s because they don’t exist. I’m sure if this was true, it’s a serious crime. The Police and the IRD, I hope, would be very interested.

How the Scam Went Down

Vikram started on 1 November 2019 as Sidhu’s Business Operations Manager. His employment agreement shows an annual salary of $62,500 for 40 hours a week ($30 an hour). Vikram didn’t actually get his employment agreement until December, and received no wage payments for his work in November. The reality was Vikram was required to work 85 hours per week. Because of that, he was effectively paid $14 an hour.

Even worse, though Vikram worked for Sidhu for 12 weeks, he was only paid four times for a total of $2,800 during his entire tenure. We have the bank records. According to the IRD, Sidhu made no PAYE payments.

Vikram had two roles: providing and managing security guards for several locations, and overseeing several businesses owned by Sidhu scattered around Auckland. This required Vikram to transport security guards to and from venues and travel long distances between businesses every day. Vikram’s contract included him providing a car and having his mileage costs reimbursed at the IRD rate. We have downloaded Vikram’s GPS and he is owed $5,200.

More distressing, other workers pleaded with Vikram to help get their wages from Sidhu. Vikram on occasion paid other employees out of his own pocket, as he didn’t want them to suffer the same exploitation he was.

Throughout his entire tenure as the manager, Vikram contacted Sidhu numerous times to get himself and other staff paid. Sidhu, like all scammers, kept saying he was too busy. Sidhu even had the cheek to lecture Vikram of his “employment responsibilities” to keep the other employees away from him.

After numerous, fruitless attempts to get paid, and facing financial destitution, Vikram had no choice but to cease working for Sidhu on 22 January.

When we first raised this matter with Sidhu, he tried a charm offensive saying it was all a misunderstanding. He offered to sit down with Vikram and us, and sort it out amicably. A date was set. He was a no-show. Then, his phone was blocked to us, and emails went unanswered.

We filed a Personal Grievance last April accusing Sidhu of stealing from Vikram. But when we found out about the many others, we said he was at the extreme end of exploitation. Overall, we calculated Sidhu owed Vikram over $30,000 in unpaid hours. But Vikram just wanted to sort it out quickly. As a compromise, he would settle for getting paid for the 40 hours a week in his contract and having his travel costs reimbursed. Sidhu should have grabbed the offer. Clearly his arrogance and his greed were too strong to overcome.

For months Harry Sidhu has been in avoidance. On 6 July he has been ordered to turn up to a public forum and explain his conduct to an Authority Investigation meeting. Like all con-men I assume he will gamble that he can lie his way out of this.

Our system has for years lets these exploiters off the hook. New Zealand workers have to be protected from crooks like Sidhu. Let’s see if workers can get justice. We will update you after Vikram and Sidhu’s day “in court”.

*name has been changed to protect the worker.

Where is Harry Sidhu?

It’s important that we in the community don’t let unscrupulous people exploit vulnerable workers. We must all step up and do something about it. Please share this article with others.