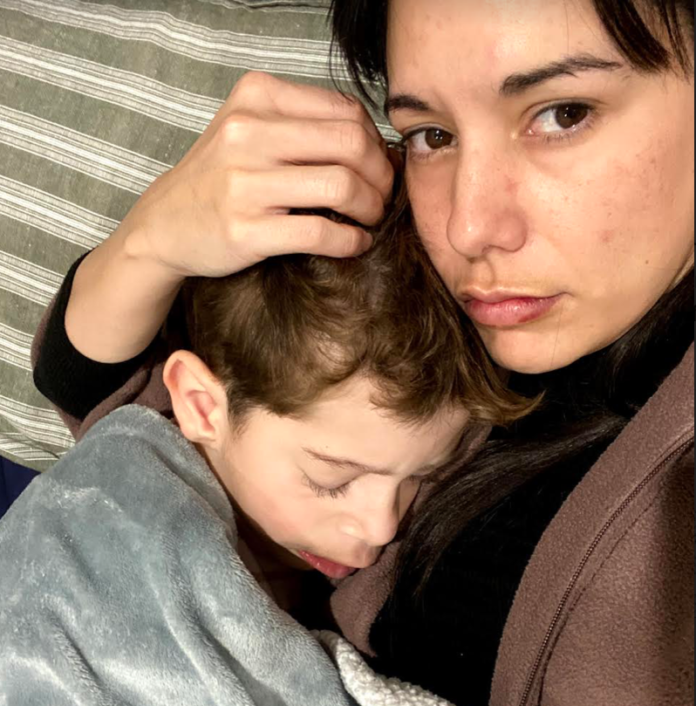 “They’re getting W – O – R – S – E “ Ben whispered to me through the darkness.  We were lying on Eddy’s bed holding hands across his tiny trembling body in the post ictal aftermath of another ruthless seizure.  As if he knew what we were spelling across the yawning chasm of our dread, Eddy rolled over to fling his arms around my neck.  There he let tears of terror rain down wetly down on my face as I felt my own sobs choke out of my chest to meet him.

I knew.  He knew it.  Only Ben was able to say it out loud.  Eddy couldn’t hold on much longer.  Since we discovered CBD 3 years ago, he had never gone this long without it.  Not only was CBD therapeutic for his epilepsy, it helped even his mood and took the edge off his chronic anxiety – now left raw to ravage his mind.

Earlier that day his heart heaving anguish burst forth.  Tucking his little head into my arms, as I sat at my computer furiously emailing politicians, he climbed into my lap sniffling. His big blue eyes were red from intense crying.  Searching mine for comfort; he told me felt he was going to die from his seizures. In doing so, he spoke my greatest fear into existence.

My immediate instinct to squash that thought down, lest fate be tempted to visit him.  Instead, we sat with that horror on a cold grey morning that should have been a school day for Eddy but wasn’t.  Already unwell with the cruel convulsions that strangled him blue in the night, I couldn’t risk any immunity challenges to dail the danger level beyond the pale.  Quietly crying and cuddling together we acknowledged that my 6 year old son was petrified I might outlive him tonight.  That I was petrified I might too.

We clung to each other in the early smalls of Eddy’s 7th birthday last Tuesday screaming silent; what cruel twist of fate is this?  Somehow my son’s quality of life had become a metaphor for the accessibility of Medicinal Cannabis in Aotearoa New Zealand – or lack thereof.  The failure of our Medicinal Cannabis scheme was criminal law enforcement on a child that suddenly withdrew his prescribed medication to risk his little life, the Minister’s punitive silence on our plea for help, and pre-emptive refusal to entertain review after 3 long years of increasingly reduced access.

Fast forward to Monday TV1 Breakfast with the PM in the hot seat and Jenny May on the grill.  Just the Friday before, Scotty Stevenson interviewed me and Chloe Swarbrick on the same show, with our public plea to the Minister of Health to fix our broken Medicinal Cannabis scheme and grant an amnesty to patients, carers and green fairies until we have working local market.  Jenny May did an incredible job of following up, holding Jacinda to account but she lacked the full story and the PM was doing a political dodge with some fancy misinformation so here it is; part 1 of our full story from go to woe. (Part 2 to follow next week.)

On March 15 we ordered Eddy’s meds as per usual to our home address which always ships with a printed copy of Eddy’s prescription inside.  In all the years I have been ordering these products, it had never been stopped, always passed go.  Transit taking anywhere between 5 to 10 days to leave London and enter NZ.  From Customs to our house usually 24/48hs.  When I could see no further tracking updates and things had gone longer than a few days after I saw Eddy’s meds enter the country, I rang NZ Post to find out what the hold-up was.

I dislike cutting things fine with Eddy’s meds and on occasion have driven to the courier depot to collect rather than wait for the delivery to our door.  I was advised our package was still awaiting clearance and given a Wellington number for Medsafe to get the number for the Auckland medicines clearance team.  I rang, no answer and left a voicemail.  The following day I got through and got the Auckland number.  I called that and left another voicemail. The following day I wrote an email.  This email:

What ensued next was clusterfuckery of such great magnitude that it made the 6 o’clock news.  It has me still sitting here at 1.45am more than a month and a half later with one wary eye on Eddy’s video monitor, the other on our tracking updates from the UK.  We have absolutely no guarantee of when Eddy’s next lot of medicine will be delivered – I’ve written to Medsafe and called Customs asking for that too.  Weeks or months they say.  Penning this now in the latter end of May, with his meds delivered but nearly 2 months overdue, we have to ask – why isn’t the government stepping up to improve accessibility today?  Years of empty promises nearly killed my son on his 7th birthday.

Back to Eddy’s first lot of seized medication.  For the first time in 3 years, Eddy’s prescription for CBD was not included with the shipment of Eddy’s meds.  Further, that the delivery address was our home, not the prescribers – was problematic.  I was aware of this law change coming into effect, I genuinely didn’t think it had yet.  Certainly, there had been no great advertisement as such – if there was, the Med Can patients and prescribers of NZ didn’t get the memo.  The manufacturer was sure they had printed Eddy’s script out and included it as per usual.  Medsafe was sure they had not.  So we got a fresh prescription emailed directly to Medsafe and arranged with the manufacturer for an urgent dispatch of the same order to replace the medicine Medsafe had seized.

With one of Eddy’s CBD products now completely finished and only 2 days of full dose left in the other we already knew were working against the clock.  Even a conservative estimate would have him a sitting duck for a week, waiting for increasing seizures to start launching surprise attacks during the day.  What seems absolutely absurd to me is that we could not retrospectively apply a prescription to the products already here.  That Eddy was left to suffer seizure after countless seizure, waiting for an identical dispatch of exact same medicine to arrive from the other side of the world, instead of just releasing to him the exact CBD medicine he needed that was already here.

By the time the second batch of medicines arrived in New Zealand it was April 19th and we were in a very dire place.  Eddy had missed the last two weeks of the school term because his already increasing nocturnal seizures were starting to creep into the daytime too.  CBD was now completely out of his system and the seizures were escalating.  Our nights were punctuated by screams and Eddy wore the haunted look of a child who knows no rest.  A child too scared to sleep for fear of the imminent suffocation and pain that awaits.  He had bruises from head to toe where limbs and face had met hard things in the night and poor balance in the day.  A child who would tell me he was scared of dying on his 7th birthday.

A child I let watch cartoons at 3.45 am because we didn’t want sleep to come back with another seizure. Because I was scared of him dying on his 7th birthday too. 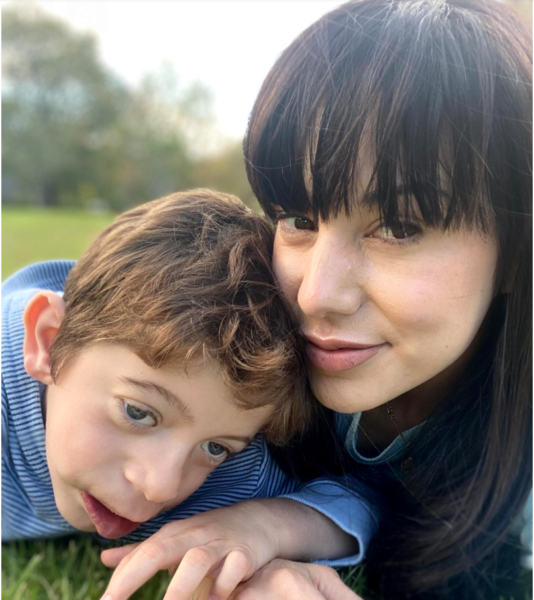