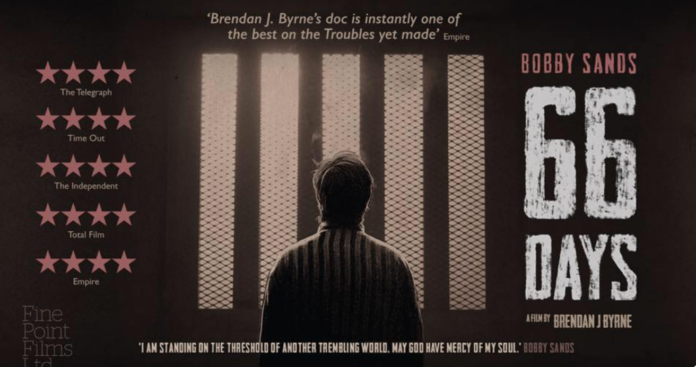 40 years ago this Thursday, Bobby Sands was the first Hunger Striker to die in the campaign for political status for Irish POWs in the Long Kesh Prison Camps.

Join the Connolly Club for a screening of the powerful documentary 66 Days and learn about one of Ireland’s most poignant revolutionaries whose death saw the world focus its attention on Thatcher’s oppression of the Irish people.