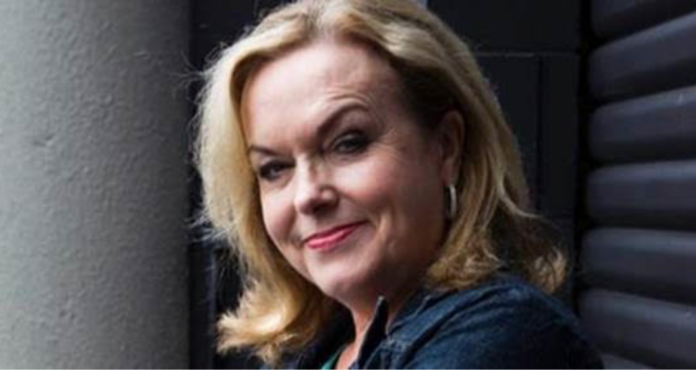 SEVENTEEN YEARS HAVE PASSED since Don Brash gave his in/famous “Nationhood” speech to the Orewa Rotary Club. On the strength of the sentiments communicated in that address, the Brash-led National Party leapt from a risible 28 percent in the polls to 45 percent. In a single 17-point bound, National was free of the clutches of its crushing 2002 election defeat. Had, National’s chief strategist, Steven Joyce, not played silly-buggers with the Exclusive Brethren Church, there was every chance that 18 months later Brash would have become prime minister.

The question is: Can National’s current leader, Judith Collins, rely upon Brash’s Nationhood Souffle recipe to produce an equally dramatic rise in her party’s fortunes? Or, in the intervening years, has the ideology of “Treatyism” persuaded enough New Zealanders to renounce the ideas which, in 2004, transformed National overnight into a serious electoral contender? More to the point, does Collins share Brash’s unwavering moral commitment to the ”single standard of citizenship” principle at the heart of his “Nationhood” address.

This is not an idle question. If Collins is unable to convince those voters who are either doubtful of, or openly hostile to, the Labour Government’s radical Treatyist agenda, that her opposition is authentic, then she is most unlikely to emulate Brash’s success. Love him or hate him, only the most rabid of his opponents doubted Brash’s sincerity on the “race issue”. Those who voted for him were absolutely certain that, if elected, he would fulfil his promise to remove all references to the Treaty of Waitangi and its ex post facto “principles” from the statute books; and that the Maori seats would, indeed, be abolished. Collins, if she is to capture the support National so desperately needs, must convince both her party, and the public, that the “separatism” she decries must – and will – be stopped in its tracks.

The slightest equivocation on this matter will convince even those who agree with Collins’ basic proposition that she cannot be trusted to see it through. Anything other than a rock-solid guarantee to uphold the core principles of liberal, colour-blind, democracy will only convince her potential supporters that her brave words are hollow: that, when push comes to shove, she, like all the others, will retreat before the relentless criticism of practically the entire political class. Does Collins have what it takes to hold her ground on the “race issue”? Does her caucus? We shall see.

The feeling that National needs to exploit, if it is to return to office in 2023, is the feeling shared by a great many voters that, no matter which party they vote for, the core settings of New Zealand society will not be changed. That the people “in charge” have absolutely no regard for, or interest in, the opinions of what Richard Nixon called “the great silent majority”. Indeed, many Kiwis are now uncertain whether or not their opinions are any longer shared by a majority of their fellow citizens, or whether they – and people who think like them – now constitute a minority of the New Zealand population.

On the “race issue” and “Treatyism”, this sense of being shut out of the debate is very far from being a figment of their imaginations. The politician most responsible for inserting “the principles of the Treaty of Waitangi” into legislation is the former constitutional law professor-turned-Labour-politician, Sir Geoffrey Palmer. In a paper entitled “Māori, the Treaty and the Constitution” delivered to a Maori Law Review symposium on 12 June 2013, he observed:

“These [legal] developments, and indeed later developments, have meant that substantial grievances of the Māori minority have a good chance of being handled in a principled fashion. Insulation from the ravages of extreme opinion has been achieved. The settlements have become mainstream.”

“The ravages of extreme opinion”. It is difficult to conceive of a phrase that more vividly sums up the way the New Zealand elites view the thoughts and feelings of their less elevated citizens. It would be equally difficult to locate a clearer confirmation of the widely held conviction that nothing ordinary Pakeha New Zealanders might say in relation to the “race issue”, or the Treaty’s place (if any) in this country’s constitutional arrangements, is likely to have the slightest effect upon the conduct of the powers-that-be.

Palmer, himself, confirmed as much in the same address when he stated: “My mail about the Treaty was always adverse and voluminous, but I was not deterred by it.”

What produced that extraordinary 17-point jump in National’s poll-ratings following Brash’s “Nationhood” speech was the electrifying collective conviction that Brash had listened to the opponents of Treatyism, heard their grievances, and was determined to give effect to their wishes.

Nothing mobilises voters faster or more effectively than the belief that, for once, their vote might actually count. Whether it be Dominic Cumming’s invitation to “Take Back Control”, or Donald Trump’s promise to “Make America Great Again”, the idea that a visit to the ballot-box just might make a difference, almost always makes one helluva difference.

Collins’ predicament would be made a great deal easier if she and her team could avail themselves of solid data on New Zealanders’ views about the Treaty of Waitangi and the “race issue” generally. Twenty years ago this was a relatively straightforward process. In the 1990s, for example, one could turn to the reports of the New Zealand Study of Values (NZSV) for a very precise take on the public’s attitude to a whole host of economic, social and political issues.

In a little book entitled New Zealand Politics At The Turn Of The Millennium by Paul Perry and Alan Webster, which was based on these reports, New Zealanders attitudes towards the Treaty of Waitangi were set out very clearly.

In 1998 only 5.4 percent of those questioned believed that the Treaty should be strengthened and given the force of law. A quarter believed that Treaty claims should be dealt with through the Waitangi Tribunal “as it is at present”. Nearly 30 percent believed there needed to be greater limits on Maori claims under the Treaty. And 33.8 percent believed the Treaty should be abolished. Only 16.3 percent of those questioned responded positively to the idea of giving Maori special land and fishing rights to make up for past injustices.

When Don Brash delivered his “Nationhood” speech to those Orewa Rotarians in January 2004, his ideas fell upon fertile ground. We cannot be so sure that Collins’ views on separatism will be equally well-received. The NZSV ceased in 1998. For reasons one can only speculate about, academic interest in acquiring and publishing data on inconvenient public attitudes appears to have declined in the new millennium.

A great many of the New Zealanders who participated in those NZSV surveys more than two decades ago are no longer alive. Judith Collins must, therefore, make a big political bet. Have the numbers relating to the status of the Treaty of Waitangi, and to the “race issue” generally, become more favourable to the Treatyists – or more unfavourable? How many New Zealanders have changed their minds? More importantly, how many of them are willing to bet that National’s leader won’t change hers? 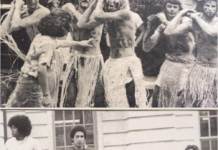