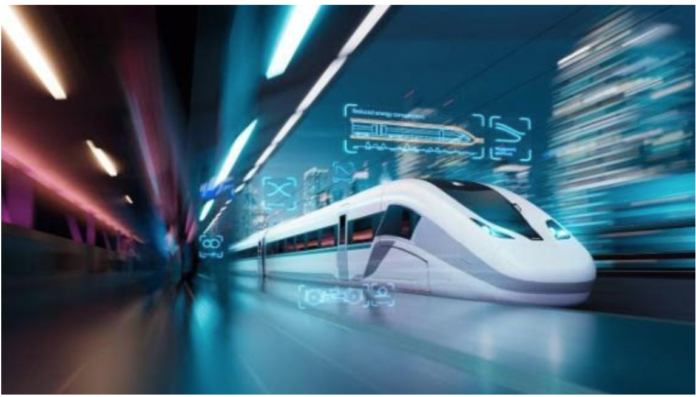 TE HUIA, the “fast train” to “Auckland” has been a subject of some contention in my family. My brother-in-law thinks it’s a great thing. His sister (my wife) thinks it’s the worst sort of white elephant – the eye-wateringly expensive kind. I agree. Te Huia represents the very worst kind of compromise: the sort that saps the strength of the original proposition by confirming the strongest arguments of its detractors. This train isn’t fast and it doesn’t take you to Auckland. The best that can be said for Te Huia is that it reminds us of what we should have – but don’t.

In a sensible country – a grown-up country – Hamilton would be linked to Auckland by the sort of rail services New Zealanders encounter (and travel on) overseas. Trains like Trenitalia’s alta velocita (high speed) service that took my family from Venice to Florence – a journey of 260 kilometres – in just 2 hours. Hamilton is 93 kilometres from Te Huia’s destination, Papakura. The journey takes 1.5 hours! Hamilton to Papakura by car is a journey of barely an hour. To put it bluntly: Te Huia is not a serious rail service. A serious rail service would take passengers from downtown Hamilton to downtown Auckland in half-an-hour.

A serious rail service cannot be delivered to New Zealanders, however, unless and until our narrow gauge railway tracks are replaced by the much broader gauge required for high-speed trains. That New Zealand engineers weren’t permitted to opt for a broader gauge at the time the tracks were laid is just another example of those idiotic penny-pinching decisions that have plagued this country’s development for more than 150 years. The narrow-gauge “solution” was cheaper and allowed more track to be laid, but the long-term consequences were dire. New Zealand’s railway tunnels are as narrow as its railway tracks. Opting for a broader gauge would necessarily entail widening those tunnels – an eye-wateringly expensive proposition.

Too expensive. For New Zealand governments of all complexions it was easier to just go along with the conventional wisdom that dismissed railway transportation as yesterday’s technology. The private motor vehicle and the heavy lorry were deemed to have done away with the whole economic rationale for a comprehensive rail network. Investment faltered, efficiency declined, and the public lost faith in the state-owned New Zealand Railways.

This suited some people just fine. For the Right, railways had always smacked of socialism. Capitalism may have made billions out of railways in the nineteenth century, but in the twentieth all the smart money was on cars, trucks and aeroplanes. Even on the Left, arguments in favour of rail transport tended to be dismissed as the grunting of technological dinosaurs. Rail’s glory days, it was confidently assumed, had come and gone.

In New Zealand, this dismissive attitude was further entrenched by the gauge problem. The arrival of high-speed trains in the 1960s and 70s may have altered the financial calculations in places like Japan and France, but not here. New Zealand’s narrow gauge could not accommodate the new “bullet trains”, and no one was prepared to invest the sort of money that would allow the country to begin again with the new and improved rail technology.

Matters were not improved by the decision of the neoliberal Fourth Labour Government to turn NZ Railways into the poster-child of inefficient public ownership. Story after story was fed to the news media about the rail network’s extraordinary stuff-ups. Heavy machinery was said to have simply disappeared – only to turn up months later on some forgotten railway siding. Even worse, the whole organisation was described as over-manned. State ownership permitted workers who would otherwise be unemployed to have a job – if sitting around brewing tea and smoking cigarettes could be called a job!

The 1993 fire-sale of the once proud NZ Railways to private American interests was thus presented as a sort of mercy killing. At least the New Zealand taxpayer was no longer on the hook for its costly inefficiencies. A decade later, however, it was clear that New Zealand simply couldn’t do without a functioning railway network – not if Kiwis wanted highways they could drive on safely. What had been TranzRail became KiwiRail, as, once again, the network was brought under state control.

Just as well. The looming threat of Climate Change meant that the fossil-fuel powered transportation systems of the nineteenth and twentieth centuries could no longer be permitted to carry the lion’s share of passengers and freight. Though no one was brave enough to come right out and say so, New Zealand (along with many other countries) was objectively required to completely reconfigure and upgrade its rail network.

KiwiRail needs to become an all-electrically-powered, broad-gauged, and comprehensively re-equipped state-owned enterprise with state-of-the-art locomotives and rolling-stock. An infrastructure project of massive proportions and prodigious expense is required. But, when it is completed, New Zealand will have a sustainable, twenty-first century transportation network, capable of carrying both passengers and freight at high speed from Cape Reinga to Bluff – and all important points in between.

This new KiwiRail would make it possible for a commuter bound for downtown Auckland to board the high-speed Te Huia service in the heart of Hamilton at 7:45am and meet his contact in Aotea Square at 8:20am for breakfast.

My brother-in-law should not settle for the present service’s very, very poor second-best – and neither should the rest of us.