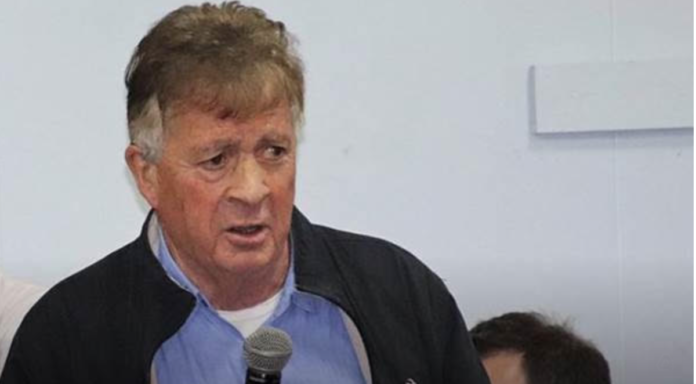 MIKE LEE is the closest Auckland has come to a socialist leader since Mayor “Robbie” (Sir Dove Meyer Robinson) back in the 1970s. As Chair of the Auckland Regional Council Mike made sure Auckland’s municipal resources remained in Aucklanders’ hands. Not surprisingly the neoliberal powers-that-be (in both their centre-left and centre-right incarnations) hated him.

It is most unlikely that their opinion of Mike has changed – not since his recent revelation that, since its formation in 2010, the Auckland “Supercity” has transferred roughly $10 billion from the pockets of residents and ratepayers into the bank accounts of mostly foreign-owned corporations.

As Mike rightly points out, it was to facilitate just such a colossal transfer of wealth that the Supercity was created. Its whole structure was carefully designed to disconnect as far as possible the Council’s democratic components from its day-to-day decision-making machinery – the stuff that really matters. In particular, the pivotal “Council Controlled organisations” (CCO’s) were deliberately and elaborately insulated from “interference” by Auckland’s elected representatives.

This left the City’s twenty councillors with nothing much too do except read policy papers penned by city bureaucrats, attend interminable committee meetings, and bank the $100,000+ per annum they “earn” for representing their fellow citizens. No, that’s not a mistake. Winning a seat on Auckland’s “Governing Body” immediately puts you in the top 5-8 percent of income earners.

Is it any wonder – given the financial reward – that it is not really in the interests of Auckland city councillors to be seen to do either too much, or too little. Indeed, it could be argued that councillors’ re-election chances are enhanced if the voters struggle to recall them doing anything at all. Certainly, a propensity to do nothing is what the Supercity prizes most highly in its political leadership. Councillors are not supposed to do anything. Councillors are there to disguise that fact that the people who do everything haven’t been elected by anybody.

That the Supercity would effectively neuter local democracy was pointed out to Aucklanders at the time of its creation. It was calculated that people living in the Greater Auckland area would go from having roughly one councillor for every 15,000 residents to having one member of the “Governing Body” for every 70,000 residents! This did not, however, appear to bother Auckland voters unduly. Local government just wasn’t sexy. In fact, it was so unsexy that only around half of those eligible to vote in Supercity elections bothered to return their postal ballots. That their indifference might be facilitating a colossal transfer of public wealth into private hands gave them not the slightest pause. So long as their rates didn’t rise too sharply, they simply didn’t care.

Suggestions that the maintenance of infrastructure and the provision of services and amenities (water, waste disposal, public transport, libraries, art galleries and other cultural experiences) would all be improved by a radical democratisation of the Supercity were met with a near universal “meh”. So deeply ingrained is the idea that public ownership is always less effective and efficient than private provision, calls for more politicians, taking much more responsibility for the delivery of Supercity services, were dismissed as batty. When it comes to politicians, the broad public consensus is – the fewer the better.

Very few New Zealanders are aware that large cities overseas are governed by councils made up of 50, 60, sometimes as many as 100 councillors. Bodies of this size allow the people’s representatives to accept responsibilities that, in New Zealand, have long since been farmed out to local government bureaucracies. Overseas, powerful council committees are able to hold bureaucrats accountable for their failures. In cities like Paris and Berlin, complaining to your local councillor actually works. Try complaining to a member of the Governing Body of the Supercity and all you can be assured of is mounting frustration.

Unless, of course, you were lucky enough to know Mike Lee. Some years ago, my daughter had a problem with Auckland Transport. I immediately go in touch with Mike, at that time one of the two Councillor-Directors seated on the CCO’s Board. Within hours I had action – from the CEO, no less. When it came to effective and efficient, Mike was the man. I was bitterly disappointed, but not a bit surprised, that when Phil Goff was elected Mayor of the Supercity, one of his first acts was to remove Mike from the Auckland Transport Board of Directors.

Nor was I surprised when the supposedly “centre-left” City Vision fielded a candidate against Mike in the 2019 Supercity elections. The Labour/Green apparatchiks behind City Vision  had grown tired of being shown what a real democratic-socialist looks like. He was defeated.