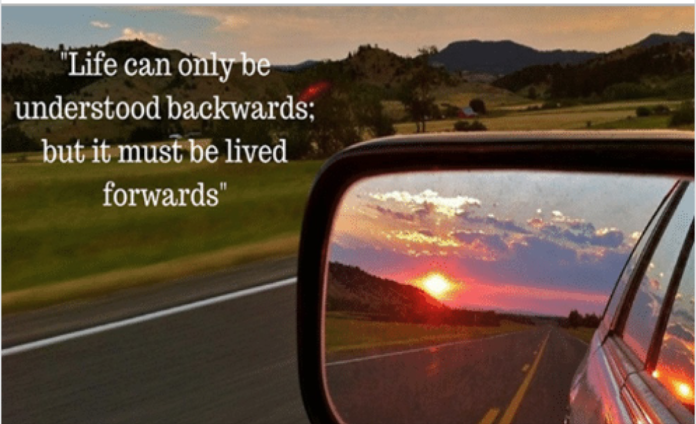 I found myself looking up this famous quote, attributed the Danish existential philosopher Søren Kierkegaard, the other day because I heard it used in a radio play written by Aldous Huxley. It turned out he’d reversed it ( “Life must be lived forwards but can only be understood by looking backwards”) but the meaning is the same .
To make sense of life, we need to reflect upon the past but not live in it.
Quite a bit of my documentary work has dealt with what has happened in the past – such as the decision we made in the 1980’s to embrace the economics of selfishness known as “Neoliberalism”.
This has annoyed some critics who think I have some idea of a halcyon past to which we should all return.
Nothing could be further from the truth.
There is much about the New Zealand I grew up in which was far from perfect . I remember only too well when children were strapped and caned at school , when women were told only to think of being nurses not doctors, gay men were imprisoned for their sexual preference and the idea that Maori might have some rights to their ancestral lands, language and customs was considered radical.
Never- the- less the broad idea that the purpose of an economy was to serve the greatest good is something we lost in the 1980’s and it is really only the terrible advent of Covid that has given us pause to think how reliant we are on each other for our survival.
The government has a mandate to be progressive but is failing to embrace the philosophy of a fairer society with anything like the energy of the First Labour Government led by Michael Joseph Savage .
We’ve seen a little of Keynesian economics being applied – the idea that the government spending can stimulate the economy- but we have also seen a political reluctance to pull all the levers available to the current government to stop people gaining excessive wealth simply by owning property.
There’s a lot we need to be doing today- from climate change to social change- to make life better for everyone tomorrow.