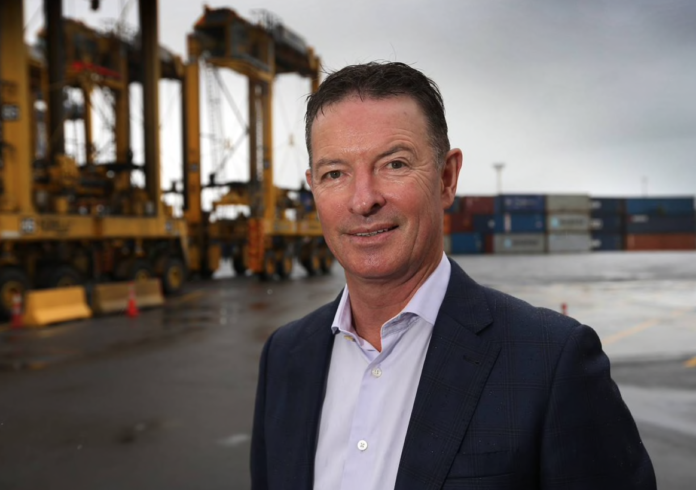 One of the presenters this morning of a letter demanding the resignation of Ports of Auckland chief executive Tony Gibson has promised to take the call to the “next level” if necessary, with protest action.

Shane Te Pou, a former Labour Party executive member and former union organiser, is one of three community representatives who will deliver a letter to the port company at 10am demanding Gibson resign, following a damning independent health and safety report released before Easter.

The others are Tau Henare, deputy chairman of the Independent Maori Statutory Board, and First Union leader Robert Reid.

Te Pou said they are also calling for the resignation of new port company chairman Bill Osborne, if he doesn’t ask Gibson to resign.

Let’s be clear, the report into safety at the Port is just so damning, the only conclusion is to sack Gibson.

Th Union hating Tony Gibson has done everything in his power to ostracize and silence the Union. He has actively ignored their concerns, he has overseen an incentive scheme that endangers workers and has refused to lower speeds limits in the Port.

His claim that he is staying on to fix the problems he ignored is just outrageous!

Look, this isn’t a private company, it’s owned by Auckland Council, the public ethos demands leaders who are going to put health and safety first.

It is untenable that he remains.

Where is the accountability if Gibson is allowed to stay on?