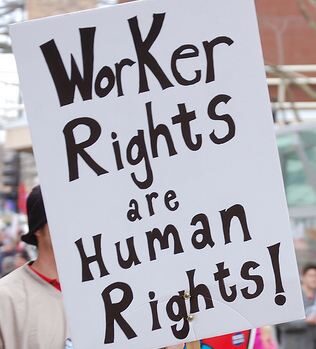 A Chinese migrant worker who spoke to Stuff anonymously as part of an investigation into exploitation in the construction industry has been sacked by his boss, who he says told him he had “exposed” the business.

Immigration New Zealand will look into the case, and a prominent union activist has agreed to represent the worker.

The migrant used the pseudonym Yu and was photographed in silhouette, but it still aroused the suspicion of his bosses at a concrete factory in the Waikato town of Pokeno.

The factory had already been visited by Labour Inspectorate investigators after a $40,000 wage claim was lodged by four former employees.

Th most useless Government bureaucrat in NZ is anyone working for MPI who bend over backwards for commercial interests so much so you can’t tell where government policy begins and commercial interests end, but following close behind their corrupt incompetence surely is the bullshit Labour Inspectorate!

These are the clowns who supposedly police migrant worker abuse.

I can’t spray enough venom and hate upon our Labour Inspectorates. They don’t go after the abusers, they see the exploited migrant worker as the problem, so instead of throwing the book at the exploiter, they punish the exploited worker by forcing them home.

It’s disgusting how we trick these workers into coming here, exploit them and then when they complain about the grotesque exploitation we punish them by deporting them rather than punish the exploiters!

The Labour Inspectorates see the worker as the problem rather than the boss and this leads to an environment where exploited workers are too fearful to speak out because they are the ones getting punished!

The Labour Inspectorates need to be shamed into action because the only way to make them do anything is to publicise their grotesque values.

These exploited workers deserve our sympathy and protection, they don’t deserve punishment and deportation.

Notice how Immigration NZ are only now getting involved because the media attention is on them!

We need to keep shaming them, there is far more to come on this front and TDB will be leading that.