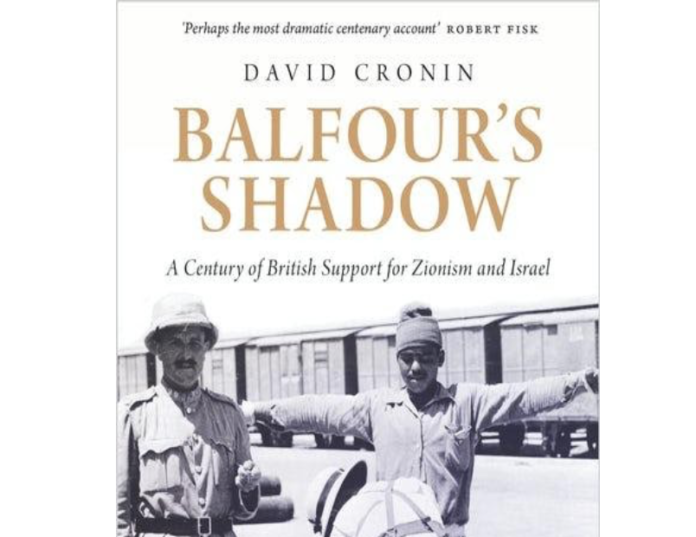 It is not surprising that there is support in South Africa for the Palestinian people, because of the harshness South Africans endured  under apartheid. South Africans see a parallel between what they went through and what today’s Palestinians have to endure.

There is also support for the Palestinian people among African Americans. Both  are subjected to  violent militarised policing. Jewish Voice for Peace has released a document, Deadly Exchange  discussing how American police forces learn from Israeli law enforcers.

But why is there support in Ireland for the Palestinian cause?

What do  the Irish and the Palestinians  have in common?

A friend of historian David Cronin’s, informed him that Churchill sent the Black and Tans to Palestine. As the Black and Tans had been particularly ruthless in Cronin’s home town in County Dublin, he decided to research Britain’s role in the formation of Israel. His research led to his book  Balfour’s Shadow, about the role of the British in determining the fate of the Palestinian people.

The support in Ireland for the Palestinians has to do with historical memories. Both peoples experienced being treated cruelly, contemptuously,  by British colonial regimes.

Historical memories are a powerful force.

In November  1917,  Arthur James Balfour , British Foreign Secretary at the time, wrote to a short letter to Walter Rothschild, “an aristocrat and committed Zionist.”

I have much pleasure in conveying to you, on behalf of His Majesty’s government , the following declaration of symphathy with Jewish Zionist aspirations which has been submitted to , and approved, by the cabinet.

‘His Majesty’s government view with favour the establishment in Palestine of a national home for the Jewish people, and will use their best endeavours to facilitate the achievement of this object, it being clearly understood that nothing should be done which may prejudice the civil and religious rights of existing non-Jewish communities in Palestine, or the rights and political status enjoyed by Jews in any other country.’

I should be grateful if you would bring this declaration to the knowledge of the Zionist Federation.

This short letter, now known as the Balfour Declaration,  is seen as the beginning of  Britain’s huge role in the formation of Israel .

Why did Balfour make such a commitment for Britain and for that matter under what authority, are two of the questions Cronin’s book investigates.   As Chief Secretary in Ireland, Balfour’s  violence earned him the nickname Bloody Balfour.  As MP , he pushed for a tough ‘alien’s bill’ to allow Britain to refuse entry to Jews fleeing Russian pograms.

Balfour’s Shadow is not just about what took place in 1917. Cronin  researched colonial office files, foreign and commonwealth office files. His book  follows the history of the relationship between Britain and Zionist groups from pre-mandate times to the present, from  the December 1917 British capture of Jerusalem through to Theresa May’s declaration of ‘pride’ in Britain’s role.

David Cronin, who is Irish, explains that he was motivated to undertake his project after being told by a friend that Churchill had sent the ‘Black and Tans’ to Palestine.

The American historian Howard Zinn has explained why reading  history is so important. “The past is past, “ he agrees. But, “ The important thing is what does it tell us about today…and about what we might do in the world?  There’s a present and a future reason for going into the past.”

In other words, what has happened in the past, casts a long shadow over what is happening today. Hence, the book’s title, Balfour’s Shadow.