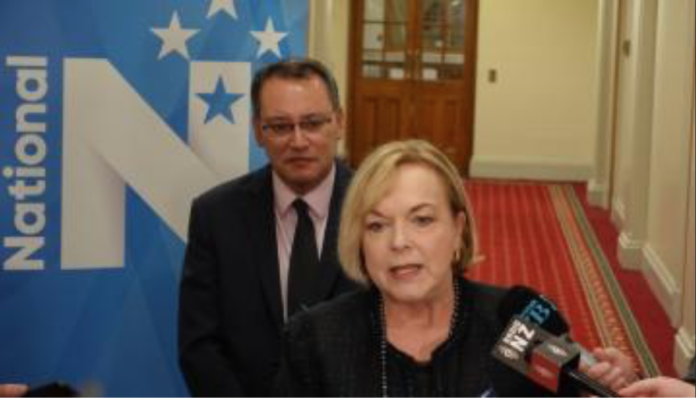 Newshub can reveal yet more discord in the National Party, this time over fluoridation – in an extremely rare move, MPs voted down the leadership on a key health policy.

The Government has proposed making Director-General of Health Dr Ashley Bloomfield responsible for fluoride in water to protect Kiwis and their kids’ teeth, rather than the region-by-region approach.

National’s leadership, Judith Collins and her deputy Dr Shane Reti wanted National to oppose the proposed changes, believing it to be an overreach. But the caucus disagreed and voted the leadership down.

…firstly, what lunatic is going to go against taking fluoridation of water out of the easily spooked councils reposnibility and handing it to the unflappable Director-General of Health?

Anti-Fluoridation of water is the non-binary cousin of anti-vaxxers and a not too distant relative of Qanon 5G conspiracy theorists.

Removing this from regional control to the Director-General of Health is an intelligent decision that should be applauded.

Judith and Shane however tried to manufacture this into some bullshit freedom of choice issue and it has backfired so badly that their own Caucus has turned on the decision.

This damages Shane more than it does Judith, because he’s suppose to be the voice of reason in that Leadership team.

This is the first drum beat of a leadership challenge that will come to fruition before Christmas.