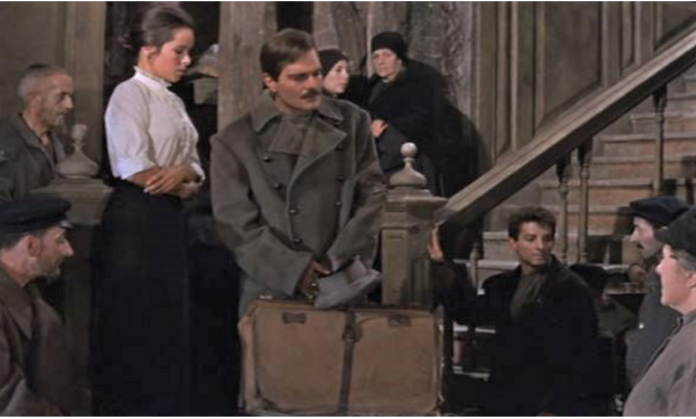 MENG FOON, currently serving as the Human Rights Commission’s Race Relations Commissioner, epitomises New Zealand’s emerging ethnic crisis. His repeated refusals to view New Zealand society through anything other than the lens of entrenched ethnic privilege is exacerbating this crisis, not ameliorating it. That he receives no reproof from his fellow Human Rights Commissioners confirms that these are not considered personal lapses. The exacerbation of ethnic animosities in New Zealand should now be seen as both deliberate and systemic.

For the Labour Government of Jacinda Ardern the situation could hardly be more precarious. Over the next 5 years, as the Maori nationalist agenda is steadily advanced by its supporters both in and out of Parliament, more and more New Zealanders will demand an answer to the question: “Are these policies – and the radical changes their acceptance requires – understood and endorsed by Jacinda Ardern and her Labour colleagues; or, is she and her Government being played for fools?”

If the Prime Minister affirms her understanding and endorsement of the Maori nationalist agenda, then the ethnic crisis will become a straightforwardly partisan issue. With varying degrees of enthusiasm, the Left will support it. With steadily rising levels of vehemence, the Right will oppose it.

From some perspectives, this could be seen as the best option. By submitting the issue to the collective judgement of the voters, the strength of the contending forces will be exposed. The raw political calculus of the ballot box will clarify once and for all which of the two contenders’ assessment of the New Zealand electorate is correct.

The Left’s optimistic view of this country’s future will be put to the test. We shall discover whether most voters under the age of 55 really are uninfected by the racist colonialist prejudices of their parents and grandparents: really are so undaunted by the prospect of living in “Aotearoa”: a nation attuned fundamentally to the needs of te ao Maori; that they are willing to see the colonial legacy of Pakeha “New Zealand” fade away like a nineteenth century sepia print?

If that is the judgement of the electorate, then the Right will have to accept that its understanding of what it means to be a New Zealander no longer enjoys majority support. The proposition that New Zealand is a nation founded upon the philosophical and scientific precepts of the European Enlightenment, and governed according to its core principles of Liberty, Equality and Social Solidarity, will have been rejected. It would be a remarkable judgement, occasioning prolonged and impassioned remonstration, but the relentless passage of time would thin the ranks of the remonstrators, rendering it permanent.

It is, of course, highly unlikely that Jacinda or her party will ever openly endorse the Maori nationalist agenda. Principally, this is because neither the Prime Minister, nor her Pakeha colleagues, fully grasp its significance. The reason for this is set forth with brutal honesty and simplicity by the author of “Maori Sovereignty”, Donna Awatere. When challenged to explain why Pakeha would simply sit back and let the tangata whenua re-establish their hegemony over Aotearoa, Awatere responded:

“The strength of white opposition will be allayed by the fact that Maori sovereignty will not be taken seriously. Absolute conviction in the superiority of white culture will not allow most white people to even consider the possibility.”

In this regard, “Maori Sovereignty” belongs in the same category as “Climate Change” and “Housing Affordability”. People support the notion because, stated theoretically, it is difficult to identify a good reason for opposing it. Until, that is, they begin to get some idea of how much their lives will have to change if these propositions are ever taken seriously by government.

As Bernard Hickey pointed out in a recent (and excellent) posting on his website  “The Kaka”:

“New Zealand is currently in the strategizing phase of dealing with its enormous housing affordability and climate change issues and politicians of all shades and sizes are doing plenty of swinging and falutin’. They are set to get eaten for lunch by an entrenched culture and love of suburban houses, double-cab utes, SUVs, low taxes and ‘small target’ political strategies.”

The moment the Prime Minister and her Cabinet colleagues register that their Maori caucus, the Greens, and Te Paati Maori are serious about carrying through a revolution in New Zealand’s constitutional arrangements – and what endorsing such revolutionary proposals is likely to do for Labour’s poll-ratings – they will execute a policy handbrake-turn of Tokyo Drift proportions.

Jacinda, herself, could profitably ponder the reasons behind Helen Clark’s description of the Maori nationalist movement as “haters and wreckers”. Even a moderate centre-leftist like Clark, could not avoid the painful impact of the first great wave of identity politics that swept through progressive politics in the late-1970s and early 1980s. To know the founding zealots of the Maori Sovereignty movement was not necessarily to love them – or their programme!

Jacinda’s easy acceptance of the new ethnic orthodoxy – so perfectly embodied in the outpourings of Meng Foon – points not to her wholesale conversion to the Maori nationalist cause, but to its impressive institutional advance. The successful implementation of a succession of superficially harmless measures (e.g. the substitution of ‘Aotearoa’ for ‘New Zealand’) will, should it ever achieve “critical mass”, precipitate a nationalist victory. The relentless accumulation of these “minor” reforms confirms the essential truth of the “slowly boiled frog” fable.

That said, those people on the Left who put their faith in a “generational fix” to the problems “caused” by ethnic privilege should, perhaps, ask themselves the following questions:

“Will the tens-of-thousands of middle-class teenagers who poured out onto the streets in support of Greta Thunberg’s call for action on Climate Change, really be willing, as young adults, to give away all hope of living as their parents lived?

“Do they really see their fathers, brothers, cousins and boyfriends giving up their cars, their double-cab utes, their SUVs?

“Are they willing to abandon the dream of one day attaining the blissful suburban security they grew up in?”

There’s a scene in the movie Dr Zhivago where the hero and his family return to Moscow to discover their elegant bourgeois mansion occupied by dozens of poor families. The local Communist Party representative primly announces that the building which once housed a few privileged individuals now provides shelter to many working-class families. She fixes him with a basilisk glare, daring him to disagree. Zhivago looks around at the squalid, over-crowded and unsanitary sink of poverty that his family home has become, and summons up a smile: “Yes”, he says, “this new arrangement is much better – much fairer.”

Those who unthinkingly endorse the formulaic imprecations against systemic racism pouring from Meng Foon’s mouth, should remember that scene. Revolutions do not always fail, but they do not always improve matters, either. In the name of social justice, the poor and the marginalised may seize the big houses of the rich, but they cannot live in them as the rich lived in them. Nor will they be taken without a fight.

Aotearoa was seized from the Maori at gunpoint by the Pakeha. History suggests that New Zealand will only be reclaimed from the “colonisers” by the application of similar force. But those eagerly anticipating such an ethnic revolution should understand that the country which emerges from it will be neither Aotearoa nor New Zealand, but something else. And the new arrangement won’t necessarily be better – or fairer.