New research by the Human Rights Commission has revealed that Tangata Whenua along with Chinese communities report the highest rates of discrimination since the start of COVID-19.

Four in ten respondents (39%) report having experienced discrimination since the start of the COVID-19 outbreak, with higher rates for Tangata Whenua (55 percent), Chinese (54 percent), Pacific (50 percent), and Asian (49 percent) respondents.

“The pandemic feeds fear, which in turn is manifesting itself in racism and discrimination. We must not forget that the virus is the problem and not people, especially as we find ourselves in COVID lockdown again,” Race Relations Commissioner Meng Foon said.

Chinese respondents reported much greater concerns about their personal safety compared with other respondents. And about half of Chinese, Asian, and Māori respondents said the discrimination they experienced had a negative impact on their mental wellbeing and their sense of belonging in Aotearoa New Zealand.

Respondents reported a range of behaviours that they have taken since the start of COVID-19 due to concerns about discrimination, including choosing to stay home.

“An unfortunate by-product of COVID-19 is that certain ethnic groups are often blamed and subsequently vilified for their perceived “role” in an outbreak. Whether it was Pacific people in the resurgence last year or New Zealanders returning home from overseas, there is a racialising of this disease that is discriminatory. Our research contributes to the body of evidence around this phenomenon.”

“No one should not have to change their behaviour to avoid risking discrimination, made to feel they don’t belong, worry about their public safety, or experience negative mental wellbeing because of discrimination or racism.”

“Everyone deserves to be treated well, to live in a safe community, free from discrimination, and to live a life of dignity.”

“We all have a responsibility to ensure our workplaces, public spaces, and communities are safe and free from discrimination.”

Foon said the findings highlight the importance of data collection and reporting by the Police of hate incidents that are potentially motivated by racism. It will allow systematically recorded race-based harassment and violence as well as to help design prevention strategies.

This will be especially important as the Race Relations Commissioner leads the work alongside the government to develop a National Action Plan against Racism.

“Now more than ever, we need an urgent government plan to address institutional and interpersonal racism against Māori, ethnic, and some religious communities who experience racial discrimination.”

The Commission will continue to monitor COVID-specific racism as part of its ongoing work towards eliminating racism and promoting harmonious communities.

Key figures at a glance: 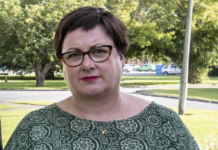 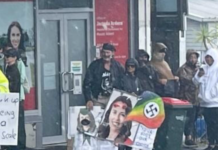 Dr Liz Gordon: Some are NOT in the team 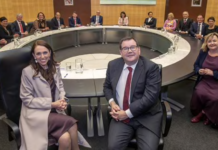