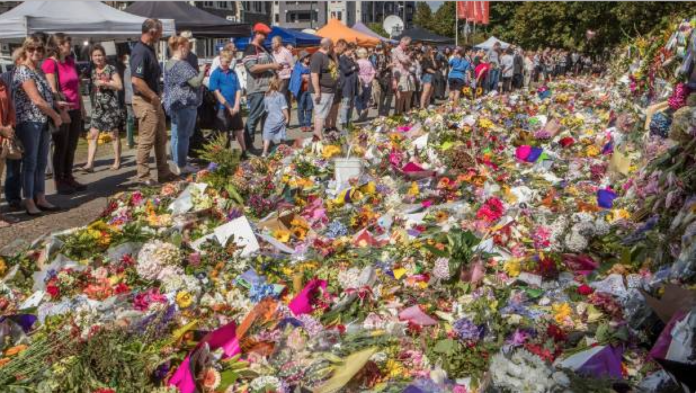 These past couple of days have been filled with a lot of “sorry’s” from different people. Just yesterday the PM, top spy and Police Commissioner all apologised to the Muslim community for their offices failings that led to a massacre as people prayed. That harrowing thought of being on bended knee in prayer, then shot dead is inconceivable. But it happened in our homeland, and maybe the 800-page report will give insight into why there were so many apologies yesterday. Like how our national security intelligence officers were focused on Islamic movements, while white supremacist groups went unnoticed. Like how there’s a lack of diversity in public service leadership positions and their community engagement processes are lightweight.

Following the massacre, the Police established armed response teams citing NZ had entered a new era of policing requirements. The equivalent of SWAT movie cops in dark-tinted SUV’s from the armed offenders squad would now be patrolling our roads to react decisively to high pressure criminal activities on the streets. With armed police stationed at the gate of every mosque in the country this would enhance community policing measures. It was rolled out in Christchurch. And Hamilton. And south Auckland. Sorry? That’s right, Hamilton and south Auckland. Close out data showed that over their 6 month pilot period these Police teams kept poor records and spent more time stopping traffic than dealing to high pressured situations, more suited to a an armed offenders squad call out.

There’s something extremely powerful in the expression of that word when made with sincerity. I’ve sat in a number of employment meetings as a support person and advocate for employees who’ve been mistreated or misunderstood by their seniors. These meetings are emotionally charged and draining for employees because when you’re on the lowest wrung in the organisation, you have no doubt as to who holds the power. People lose sleep, stop eating and struggle to mentally get thru each hour of the day, totally stressed out by the possibility of losing their jobs that provide income desperately needed for their families. A genuine and sincere sorry from a manager or representative from the organisation, is the first of a number of steps towards restoring and strengthening the working relationship.

One of the hardest things to do in life is admit you’re mistaken, apologise and seek to repair and restore a relationship. Over the years my observation has been people have resorted to saying sorry without any sincerity because it quickly cuts off your opportunity to talk through the pain and impact of what they’ve done to you. Today’s contemporary sorry means that reparation need not be sought because sorry is enough. NZ’s top spy said it was a misconception that they were focused only on Muslim activity and noted her agency is a small organisation. So I guess as a team you’d prioritise your work because there’s so few resources and focus on high priority areas. Now that makes sense I reckon… so it’s hard to be persuaded by her statement. Nonetheless, she did say sorry. There’s that wonderful word again.

We’ll see how the Crown goes with the 40-plus recommendations in the report as that might help our nation heal, but I’m not that enthusiastic because racism and unconscious bias have been prevalent in the systems that failed us in the first place. The new system and approach must be developed by those who recognise and have experienced the very prejudice needing to be dismantled from the old system. The conversations will be uncomfortable, sobering and brutal, but they desperately needed now. Tracy Chapman sings apt lyrics for this time – words (followed by actions) like sorry, forgive me and I love you don’t come easily.