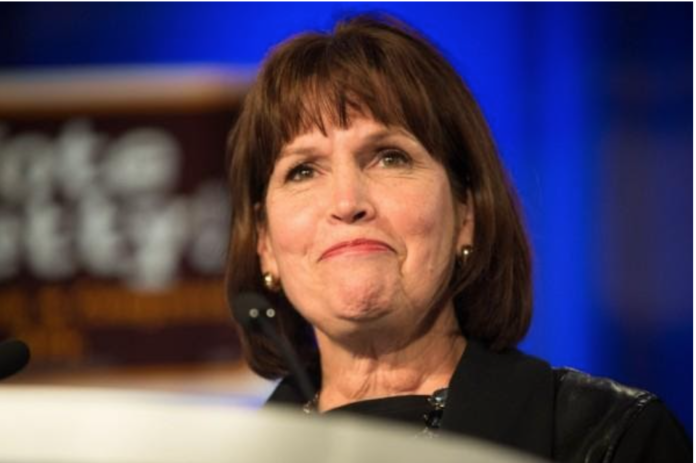 Betty McCollum, US Congresswoman,  Representative from St Paul , Minnesota, is a very brave woman. She describes herself as ” one of a small group of Members of Congress who vocally support Palestinian rights.”   Very few American politicians, or other  public figures for that matter, dare to even suggest that Palestinian rights is an issue. The Israel Lobby in the US is very powerful.

Is there any New Zealand woman MP who dares to follow her example?

Betty McCollum became  concerned about the plight of  the Palestinian people after  reading  a 2013 UNICEF report entitled “Children in Israeli Military Detention.” The report stated that “Ill-treatment of Palestinian children in the Israeli military detention system appears to be widespread, systematic and institutionalized.”

In 2017 and again  in 2019, Representative McCollum  introduced legislation in Congress : “Promoting Human Rights for Palestinian Children Living Under Israeli Military Occupation” (H.R. 2407). The aim of the Bill is prohibit “U.S. tax dollars from being used to support or enable the military detention of Palestinian children.” The Bill, cosponsored by 26 of her colleagues,  is supported by  “nearly 50 human rights and civil society organizations, along with faith-based organizations representing Jews, Muslims, and Christians.”

Betty McCollum realizes that her bill is very unlikely to be passed but she and her followers are using it to raise awareness.

On 12 November, she  gave a speech to CEIRPP, the  UN Committee on the Exercise of the Inalienable rights of the Palestininan People.

The following quotes are taken  from her speech, which  can be found in its entirety  on the mondoweiss.net website.

“Palestinians deserve peace, security, human rights, and the right to self-determination. They also deserve a future filled with hope, opportunity, and prosperity.”

“The Palestinian people deserve to have questions answered: After decades of military occupation, human rights violations, settlement expansion, home demolitions, and a de facto apartheid – is the Israeli government interested in a just peace?  “

“Israel’s systemic abuse and torture has been going on for years. Thousands of Palestinians in the occupied West Bank aged between 12 and 17 have been taken from their homes in the middle of the night by Israeli soldiers.”

“They are interrogated without parents or lawyers present; emotionally, psychologically, and physically abused; and, then held for weeks and months in pretrial detention, often unlawfully transferred to prisons and detention centers inside Israel. Israeli military courts are not independent or impartial”

“Israel’s system of military child detention is brutal, cruel, and unnecessary. It is a weapon of military occupation that imposes collective trauma and control over Palestinian families. It is a blatant violation of international humanitarian law. And, it has nothing to do with Israel’s security.”

“Palestinian dreams for freedom, justice, equality, and self-determination are legitimate. Every Palestinian mother and father want a life free from military occupation and systemic discrimination for their child. And, every Palestinian child’s life is precious.”

I selected excerpts pertaining to Israel’s cruel child detention policy, as this is an issue that most concerns me. I am aware of  the No Way to Treat a Child  campaign instigated by Defense of Children International -Palestine and American Friends Service Committee. And I am aware that UNICEF has endorced the campaign, pointing out the urgency, now that Palestinian child detainees are exposed to Covid-19.

In the same speech Betty McCollum issued a challenge to parliamentarians around the world, including of course our own MPs.

“It is my hope that Parliamentarians from across the globe will find common purpose and work together in solidarity with the Palestinian people.” “I would welcome the opportunity to collaborate and work with parliamentary colleagues in such a manner.”

Please NZ MPs, respond to  the request from US Congresswoman Betty McCollum.

One could add, HUMANITY  is still the issue.