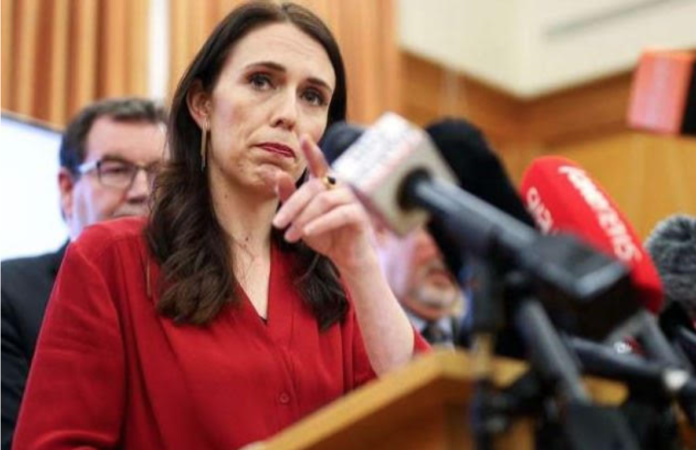 JACINDA ARDERN has constructed a Curate’s Egg* Cabinet: parts of it are excellent. Overall, however, this new Labour government is an unaccountably bad production. People who deserved and should have been given/retained key portfolios didn’t get them. Others, who should never have been allowed anywhere near such important jobs have been promoted well beyond their merits. (And, one suspects, their competencies!) Clearly, the Prime Minister has been more concerned to keep the peace within her vastly expanded caucus, than she has to match the right people with the right positions. This is not a good start – and only promises to get worse.

Ardern’s key prime-ministerial decision was to appoint Grant Robertson her Deputy. Could she have done anything else? Would Robertson and his closest allies have tolerated Kelvin Davis, as Deputy-Leader of the Labour Party, stepping into the No. 2 position formerly occupied by Winston Peters?

It is certainly difficult to imagine Ardern being willing to test her closest political ally’s patience in such a fashion. She would have needed no instruction in how lowly Davis’s colleagues rated him. Nor would she have been minded to make the case that they were mistaken in their assessment. Davis’s peculiar behaviour on Election Night more-or-less sealed his fate. After that, it was simply a matter of smoothing the pillow of a dying career.

Not that Willie Jackson, the Labour Maori Caucus’ consummate “fixer”, was slow to exploit the “optics” of a Pakeha replacing a Maori in the Deputy-PM slot. Ardern would have been told that any decision to ease Davis out, if it was not to cause an embarrassing ruckus at the worst possible time, would have to be sweetened with the sugar of multiple (let’s say five) seats for Maori at (or very near) the Cabinet Table.

Ardern understood the message perfectly. As Minister for Maori Development, Jackson will have far too much on his plate to contemplate “ruckuses” of any kind for quite a while. The same, one suspects, goes for the new holder of the Defence and Whanau Ora portfolios, Peeni Henare.

Horse-trading is an old and honourable political tradition – but there are limits. No amount of fluffing-up the elevation of Nanaia Mahuta to Minister of Foreign Affairs – “the first woman in our nation’s history appointed to hold the portfolio” – can disguise the sheer awfulness and irresponsibility of Ardern’s decision.

The job should have gone to David Parker: not only because he has earned it many times over, but also because, in the years between now and the next election, New Zealand is going to need a truly outstanding Foreign Minister. Regardless of who wins the 3 November presidential election, the conflict between the USA and China is going to ramp-up into something with the potential to inflict huge damage on this country and its economy. New Zealand needs a Foreign Minister of vision, courage, verbal felicity and real, on-the-ground, experience. Mahuta, sadly, has not distinguished herself as a person over-endowed with any of these qualities.

Another portfolio requiring a person of proven sensitivity and professional experience is Justice. That Andrew Little has been shunted aside from this portfolio to drive through Heather Simpson’s mad plans for the New Zealand health system, and replaced by the unremarkable and, frankly, under-qualified, Kris Faafoi, is, once again, a decision as irresponsible as it is awful.

Some very big and very thorny issues are raising their heads in Justice, not the least of which is a Human Rights Commission which clearly sees itself as being on a mission from God (or is it Allah?) to extirpate “Hate Speech” from Aotearoa’s green and pleasant land. Is Faafoi equal to the task of making – and selling – the arguments necessary to facilitate such a significant modification of New Zealanders’ current understanding of what the Bill of Rights Act’s guarantee of Freedom of Expression vouchsafes to them?

Nothing in his career to date suggests that he is capable of handling this portfolio successfully. Labour’s greatest Justice Minister and Attorney-General, Dr Martyn Findlay (1972-75) would have struggled to prevent the Free Speech/Hate Speech issue from inflicting serious damage on Ardern’s government, and whatever else Kris Faafoi may be, he ain’t no Martyn Findlay!

If Ardern is serious about wanting to govern for “all New Zealanders”, then this Cabinet doesn’t offer much in the way of help. Portfolios like Foreign Affairs and Justice are critical to explaining important changes in the level of security New Zealanders can expect to enjoy both at home and abroad. The people she has made responsible for these crucial communications are simply not up to it.

Why then has she done it? Does she believe that neither Mahuta nor Faafoi need to be up to the job because, when it comes to selling Government policy, nobody does it better than the Prime Minister herself? It is to be hoped not. “Change that sticks” requires more than rhetoric, it requires Ministers who not only know what they’re doing, but believe in it with all their hearts. Wellington isn’t Versailles, Prime Minister. L’Etat ce n’est pas toi – Jacinda!

If the state belongs to anybody in these dying days of the neoliberal paradigm, it belongs to Treasury. With the Finance portfolio still safely in his possession, and the crucial Infrastructure portfolio newly acquired, Grant Robertson has become the Lord of Paying-Out as well as the Lord of Gathering-In. It is to him, more than any other, that the task of “building back better” has been entrusted.

But, build back better according to whose blueprint? That is the question. Has Robertson got the chops to tell Treasury what it must do to fulfil Labour’s mission? Or, does he see his job as telling Ardern’s government what Treasury is prepared to let them spend?

New Zealanders used their votes to get rid of Winston Peters’ handbrake. Eliminating Treasury’s handbrake will require a Finance Minister with a clear plan for rebuilding the New Zealand economy, and the courage to fund it. Here’s hoping we have one.

What, then, are the good parts of this poor Curate’s egg?

Jan Tinetti has a good heart and a solid record of working alongside some of the poorest New Zealanders. With the Internal Affairs and Women’s portfolios she has been given a chance to prove whether she is, on her own, equal to pushing on past the gains of her immediate predecessors, NZ First’s Tracey Martin, and the Greens’ Julie Anne Genter.

The appointment of Ayesha Verrall to the portfolios of Food safety and Seniors, as well as to the Associate Health Minister position, ranks as easily the most exciting of Ardern’s decisions. Verrall is a prodigiously talented health scientist and Labour is very lucky to have persuaded her to join the team. Talent like hers, however, tends to make enemies in politics. Having raised her up so quickly, it is now the Prime Ministers’ duty to watch her back.

Finally, there’s the elevation of Michael Wood to Minister of Workplace Relations and Safety. This, the old Labour portfolio, will provide the most important test of the Sixth Labour Government’s willingness to live up to it name.

The legislation to introduce Fair Pay Agreements is already drafted and, with a minimum of 74 centre-left votes available to send it flying through the House, it could be law in less than six months. There is little doubt that Woods would be happy to oblige the working-class New Zealanders who made him the Member of Parliament for Mt Roskill. The question is: will his Prime Minister; will his colleagues; allow him to serve Labour’s most loyal voters? Or, will Ardern’s alarming sensitivity to the prejudices of the former National Party voters who crowned her New Zealand’s Queen of Kindness and Stability, act as a handbrake on Wood’s Labour instincts?

And, will that be the story of the next three years?

* In 1895, the satirical periodical Punch published a cartoon in which a timid Anglican Curate, having being told by his overbearing Bishop that he’s been served a bad egg for his breakfast, replies bravely: “Oh no, My Lord, I assure you, parts of it are excellent.” 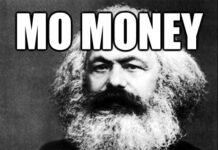 Why is a Labour Government borrowing billions for speculators??? 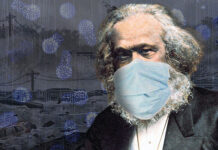