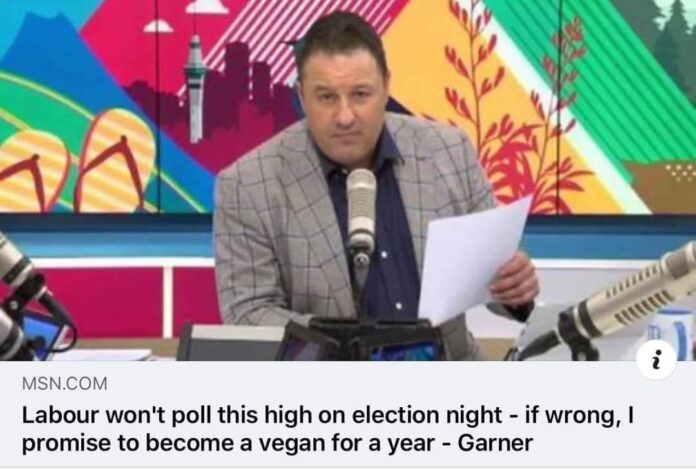 The AM Show’s Duncan Garner said in July that if Labour won the election, he would go vegan. The Vegan Society is delighted to see a Labour government and we feel confident that after a year of being vegan, reaping the health benefits such as having more energy and losing a few kilos, Duncan may decide that he likes the new version of himself. He certainly would not be the first person to say “I’ll never go vegan” and then some time later be saying “I wish I had gone vegan sooner”

Garner will also be on track to reducing his risk of cardiovascular disease, developing type 2 diabetes and many cancers, particularly bowel cancer. Of course these benefits are seen best on a wholefood diet but that does not mean that he has to stop eating pies. A quick trip to your local supermarket will show you there is a lot of vegan junk food to be tasted. Some vegan alternatives may seem pricey but there are certainly bargains to be had. Fruits, vegetables and whole grains are still cheap as ever, whilst the price of meat and dairy has been slowly increasing.

We understand that it can seem like a hard thing to do if you are not used to the idea of eating plant-based. That’s why we have our 21 day easy vegan challenge to help people like Duncan get started on their journey towards health. It seems that Grant Robertson will also be joining Garner for his vegan challenge and we cannot think of a better day to start than World Vegan Day, on the 1stNovember.

“We are here to offer our support to all who are interested in veganism and especially welcome both Duncan and Grant to a new world of taste sensations,” media spokesperson Claire Insley said. “It’s really encouraging that diehard omnivores such as Garner and Robertson are willing to give it a go. I know it was said with the belief that they would not have to do it, but all that really matters for the animals and our planet is that more people reduce their meat and dairy intake, ideally to zero, We have no more time to waste.”

Our business members will be only too pleased to help both men find really tasty products that they can sink their teeth into, offers of help from vegan businesses have come flooding in. The number of vegan eateries in New Zealand has exploded in the last few years and Garner and Robertson will be pleasantly surprised how much of their favourite foods they can still eat. Eating vegan is so much easier now than it was even 5 years ago, with pies, pizza, ice cream, cakes, sausages, burgers and more to choose from, these guys are going to be spoiled for choice!

Try the 21 day easy vegan challenge for yourself and see if you can keep up with Garner and Robertson as they step into a new way of eating. It’s good for you, good for the planet and most certainly good for the animals. Check out www,tryvegan.org.nz for more details on the challenge and sign up for recipes, advice, tips and tricks on all things vegan. 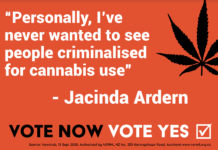 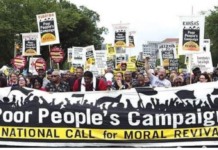