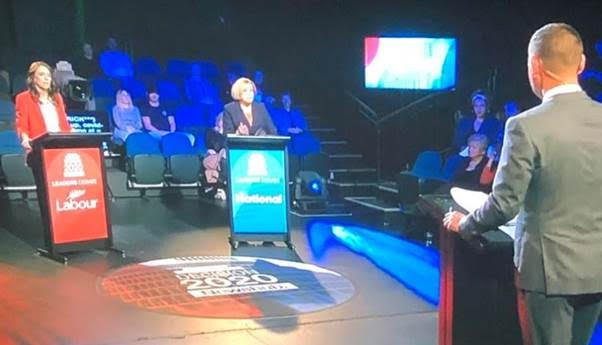 THIS IS SERIOUS now. Judith Collins is leading the National Party back into electoral contention. Against all the appearances of just a fortnight ago, Labour’s 50 percent fortress is proving to be alarmingly vulnerable. Jacinda could lose this.

If the 200,000 former National voters, most of them women over 45 years-of-age, who crossed over to Labour in recognition of Jacinda’s management of the Covid-19 emergency, begin to waver, then the shape of the battle-lines will change dramatically. Instead of a cake-walk to victory, this election will become a knife-fight for political survival.

In the light of Collins’ two pretty good Leaders’ Debate performances, it is highly likely that the wavering has already begun. What’s more, if it’s picked up by Colmar Brunton’s and Reid Research’s pollsters, then the pace and scale of that wavering will only increase. The trickle of Nats returning to the fold, will become a flood. By Election Day the two main parties could be duking it out for the prize of a percentage beginning with 4. If that is where the two major parties do end up, then the share of the Party Vote won by Act and the Greens will be critical to the election’s outcome.

In this situation, the Right has the advantage. National deserters returning to the fold will come, overwhelmingly, from Labour. What that is likely to precipitate is a stampede back to Labour by left-leaning voters who’d made a strategic decision to support the Greens. That would be the very worst thing they could do, of course, but it won’t stop them. Their panic-driven determination to rally-round Jacinda, to protect the Queen, will drown out the voice of political rationality. If this sudden surge from the Greens to Labour is too large, then it’s all over. Driven below the 5 percent MMP threshold, the Greens’ inadequate share of the Party Vote will be redistributed among the successful parties. National and Act, together, will have more than enough seats to form a government. Labour will be out.

The truly terrifying aspect of this grim scenario is that there is so very little that Labour can do to defend itself. It is important to recall that in 2017, with “Jacindamania” in full-swing, Labour could attract no more than 37 percent of the Party Vote. That was 7 percentage points shy of National’s 44 percent. The raw political arithmetic of these results is not encouraging. Even with the more progressive remnants of NZ First in its pocket, Labour’s 2020 numbers – sans National’s deserters – will struggle to add up to more than 40 percent.

It gets worse. Labour, in its pride, has ruled out a deal in Auckland Central. So, unlike National and Act, if Labour’s numbers end up being even marginally fattened by “strategic” Green voters returning to the fold, then that extra fat could kill its chances of re-election stone-dead. By contrast, Act can fall below the 5 percent threshold without denying its National Party ally the additional seats needed to govern. Perhaps it’s time for Labour to ask itself exactly how badly it wants Helen White to beat Chloe Swarbrick?

Labour’s strategists’ dreams about building an unbeatable “centrist coalition” out of the professional-managerial middle-class and the upwardly-mobile working-class: a broad electoral alliance from which the extremes of right and left could be shaken-off; were always ridiculously optimistic. The idea of a new kind of politics, accessible to “progressive New Zealanders”, but not to the backward-looking National Party, always grossly over-estimated the middle-class’s willingness to share. That those same strategists assessed the poorest and most marginalised New Zealanders as being permanently alienated from electoral politics, left Labour with no Plan-B. If all it takes to woo back National’s 200,000 deserters are a few well-rehearsed zingers from Judith Collins, then from whence can Labour possibly hope to replace them? Unfortunately, there’s no “progressive” answer to that question.

Surely, there must be something Labour can do to hold its Covid Converts in place? Yes, there is, and it can be summed-up in a single word: “Fear.” Jacinda and her colleagues need to pivot away immediately from their current message of rather complacent optimism, and towards the imminent threat of a National-Act programme of ruthless economic austerity. Scare the bejesus out of the nurses and teachers Judith Collins is forever appealing to. Make them feel the fear of cuts and lay-offs as Paul Goldsmith – egged-on by David Seymour – plays Edward Scissorhands with public health and education. Make all those 45+ women hear, in their mind’s ear, the demented cackle of Collins on election night as she discovers how many of her sisters have fallen for her “Nice Judith” routine.

Ask moderate voters to ask themselves why Collins has suddenly taken to describing herself as a Christian. To whom, exactly is this new, devout, Judith appealing? To which faction of the National Party caucus has this newly-minted Christian Collins sworn her undying loyalty? Do moderate voters really want to see their country pitched into the sort of culture wars that have brought the United States to the brink of civil war? When the voters look at Judith Collins, Labour needs to make them see Donald Trump.

Too much? Not at all. Who do you think National’s going to go after over the course of the next fortnight? Who do they need people to flee from in terror? No, not Labour! National’s target will be the Greens. The party’s message will be brutally simple: the only way to avoid paying a Wealth Tax; the only way to prevent the dairy industry from being destroyed; the only way to preserve your right to free speech; is to Party Vote National. Jacinda couldn’t say no to Winston Peters, the Covid Converts will be told, so can you really see her saying no to Marama Davidson and Golriz Ghahraman?

See how easy it is! Scare the Covid Converts back to National. That will scare the strategic Green voters back to Jacinda. That takes the Greens below the 5 percent MMP threshold. And that’s ‘Game Over’.

So, you know what? Labour’s only real chance of securing re-election is to scare them the hell back. 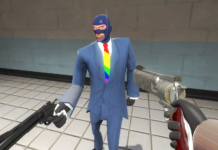 Wait? WHAT! Rainbow Spies??? Is this a joke? 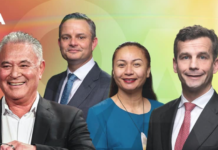 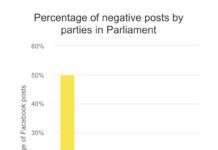