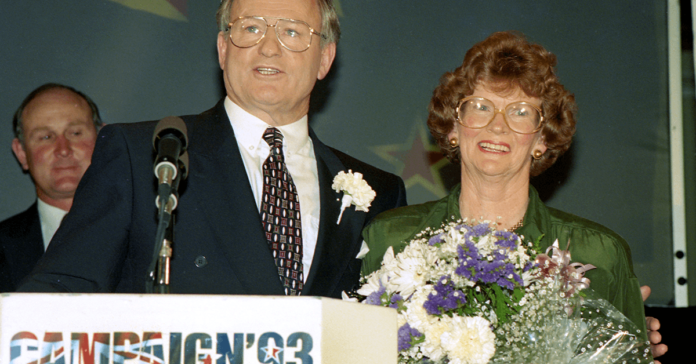 There has not been a one-party government in New Zealand since 1993.  It was a crap government, led by Jim Bolger but determined to continue the strong neo-liberal path opened up by Labour (1984 and 1987) and confirmed by their own National Government (1990, the mother of all budgets, make the rich richer and the poor poorer).

Those four elections rained terrible policies down on the heads of New Zealanders. Let us make it clear that people voted for MMP because they hated the vagaries of one party government, when such governments were able to turn their backs on the people and just do whatever they wanted.  And we are still paying the cost for those neoliberal times. Not everyone – just the bottom 90% who are all worse off. That’s right.  You and I.

MMP has done the job it was expected to do from 1996. It mainstreamed voices that were never heard before. We got the gold card out of New Zealand First.  Paid parental leave out of the Alliance.  Environment sustainability out of the Greens. It brought us Act, and then marginalised it.  There are no big winners under MMP, although the voice of social democracy, the Alliance, was lost.

Those of us on the Left have to decide between whether to vote for Labour, and by doing so potentially support a one-party majority, or to support the Greens, thus potentially voting for a coalition government, or even risking a wasted vote.

It needs to be said that the Greens have not covered themselves in glory during this campaign.  I am hard-pressed to find any positive policy reason to vote for them, and the shadow of the Green School funding error hangs over their heads. They appear to have nothing extra to offer.  As I have voted Green for several elections (interspersed with forays into Internet and Mana Parties), the potential loss of my vote, and others like me, might be the death knell for the Greens. I am still pondering this.

In case it needs to be said, I will continue to strongly support Megan Woods as my electorate MP. I like Megan (a lot) as a person, support her personal values and think she has been a wonderful Minister. I feel lucky that she is mine to choose.  I love Jacinda too, and Grant, and Andrew Little as my friends.  I am just worried that as a majority government Labour will not deliver all – or even a majority – of those things I hope for.

So, my vote is between the MMP savvy one as the Greens, and where my heart currently lies as a majority FPP type government for Labour.  My personal likes and loves are getting in the way of my political experience, which says ’never again a majority government’. Three weeks out, I am undecided about how I will use my party vote. Labour or Greens.  I would be very happy to receive your views on what I should do. Please note this is very significant for me.  I have not voted Labour since 1987. 33 long years. But I might change now. I might vote Labour. What else is there for someone like me? Can such a vote deliver a move to the society I want?