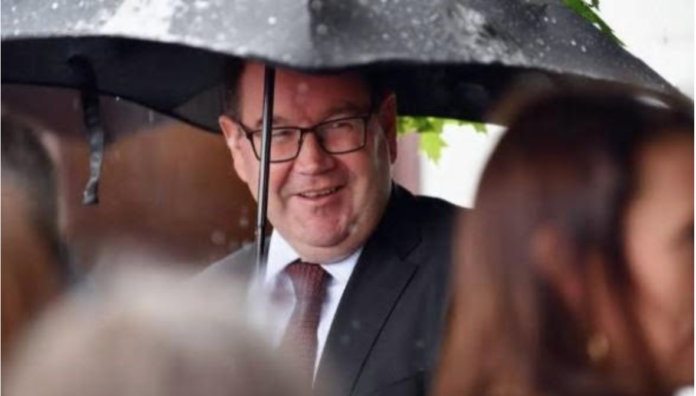 EVEN IN the rapidly gentrifying Auckland suburb of Three Kings, the wailing of the Traditional Left was clearly audible. “Thirty-nine percent! Is that it? Even when, as you so helpfully point out, Grant, Australia’s top tax rate is 47 percent! Seriously, are you guys taking the piss? Is this some kind of joke?”

Labour’s timid excuse for a tax policy (and, believe me, ‘timid’ is being kind!) will do almost nothing to address New Zealand’s outrageous social inequality. Inevitably, Rainy-Day Robertson’s latest disappointment will generate yet another, by now, entirely predictable call for “a new left-wing party”. Ageing lefties will proclaim the urgent need for a political force capable of occupying the political and electoral void which Labour has, for the past thirty years, been so loathe to fill.

Once again, we will hear all about the 730,000 registered voters who failed to cast a ballot back in 2014, and be invited to consider how much more scope there must be in 2020 for a genuine party of the Left to vacuum-up their untapped support.

The riposte to this argument is, as always, brutal in its unanswerability. Do those promoting “a new left-wing party” really believe that if close to 25 percent of registered voters were in any way accessible to a well-organised political force, such a force would not have arisen to translate their uncast votes into parliamentary seats? Hell! Are these folk seriously suggesting that if Labour could be convinced that all they needed to win over the fabled “missing million” voters were a handful of “progressive” policies, it wouldn’t be offering them a manifesto radical enough to make even Jeremy Corbyn blush? Of course they would!

In fact, they’ve already given it a go.

Has the Traditional Left forgotten Labour’s leftward policy shift following Helen Clark’s departure for New York City? Oh, sure, it wasn’t exactly “For the Many, Not the Few”, but it did include removing GST from fruit and vegetables; reforming the energy sector; restoring a useful measure of union power; as well as rock-solid opposition to John Key’s “partial privatisation” policies.

Think of these promises, made in 2011 under the leadership of Phil Goff, as an experiment to determine whether a marginal shift to the left in policy would be answered by a marginal improvement in Labour’s vote. So, what happened?

Well, as the late Jim Anderton used to say: “I’ve got news for you – and it’s all bad.” Labour’s Party Vote in 2008, after 9 years in office, was a pretty dismal 33.99 percent. Three years later, however, Labour’s Party Vote fell to 27.48 percent. Far from attracting the votes of the dispossessed and marginalised, Labour shed 181,944 of its most loyal supporters. It was the party’s worst showing in the popular vote for more than 80 years.

And did those lost votes end up in the column of Hone Harawira’s and Sue Bradford’s “new left-wing party”, Mana? The latter’s manifesto was Corbynesque before Corbyn – as progressive a document as any traditional leftist could wish for. And yet, mysteriously, the arses of the dispossessed and marginalised remained firmly deposited on their couches. Mana attracted precisely 24,168 valid ballots: a princely 1.08 percent of the Party Vote.

Those 730,000 votes – let alone a “Missing Million” of them! – just ain’t there, comrades. The people who could (and, God knows, who should) be casting them aren’t just lost to the Traditional Left, they are, in all but the most extraordinary circumstances, lost to the entire political process. Thirty years of neoliberalism have seen to that!

Does the Covid-19 Pandemic qualify as an extraordinary circumstance? Well, it just might. But the Traditional Left can forget about exploiting it, because Billy Te Kahika Jr. is way ahead of them. It’s conspiracy theories, anti-science, and the crazed, visceral hatred of all things wise and gentle, that fills halls and attracts thousands of followers on social media in 2020 – not the woke fantasies of adolescent revolutionaries, or the dogma of superannuated Marxists.

Not that Karl, himself, was in any doubt about the revolutionary potential of what he called the lumpenproletariat. A quick squiz at his The Eighteenth Brumaire of Louis-Napoleon makes it clear that the father of Marxism regarded people as dispossessed and marginalised as the hardcore Parisian poor as being available only to political charlatans and demagogues. This is how he described the men who rose to power on the shoulders of that quintessential political charlatan and demagogue, Charles Louis-Napoleon Bonaparte (1808-1873):

“At the court, in the ministries, at the head of the administration and the army, a gang of blokes of whom the best that can be said is that one does not know whence they come — these noisy, disreputable, rapacious bohemians who crawl into gallooned coats with the same grotesque dignity as the high dignitaries of Soulouque — elbow their way forward.”

“[N]oisy, disreputable, rapacious bohemians”: if that’s not a perfect pen portrait of Jami-Lee Ross and Billy TK, then I don’t know what is!

Is Labour’s tax policy a disappointment? Of course it is! But it’s the best the Traditional Left is going to get. Why? because Labour’s pollsters are telling them that upwards of 200,000 women over the age of 45 years have shifted their allegiance from National to Labour. (Where else, FFS, does the traditional Left think Labour’s projected 50 percent-plus of the Party Vote has come from?!)

A great many of these women will be well-heeled matrons of the middle-class who think Jacinda’s just so wonderful! Still more will be the wives, sisters and daughters of “Waitakere Men” – upwardly-mobile members of the skilled working-class. (The SUV-driving relations of those small-business-owning “tradies” who made the introduction of Labour’s Capital Gains Tax politically impossible.) These voters (and that’s the key factor in this whole electoral equation, isn’t it, these Kiwis actually vote) are doing well, but not so well that they’re going to be caught by a tax which only kicks-in when your salary tops $180,000.

In the immortal words of Vic Deakins (played by John Travolta) in the 1996 movie, Broken Arrow: