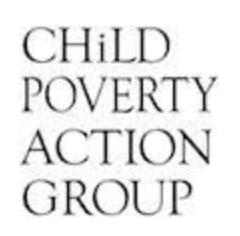 A slew of new reports show successive governments have failed children and young people for decades, just as the current government has reiterated its plan to cut incomes of families receiving benefits when the Winter Energy Payment period ends on 1 October.
“New Unicef and youth mental health reports are gravely concerning, and show our leaders need far greater courage and commitment to our children and young people,” says Child Poverty Action Group spokesperson Janet McAllister.
“Our young have been made to stay out in the cold for so long that it will take a lot to warm them up – more than it would have ten years ago. We need to cherish our children, not burden them further.
“Because the political neglect has been so serious and chronic, child wellbeing needs a significant boost, not just tinkering, or playing catch up, or treating kids just a little better than preceding governments,” says McAllister. “We need both immediate measures and true transformation if we’re serious about New Zealand being the best place – or even just a good place – to raise children.”
Yesterday Unicef revealed that New Zealand ranks near the bottom of a list of 41 countries for child wellbeing, and a separate University of Auckland report showed mental distress for youth in New Zealand has doubled over ten years – with deprivation being a key driver.
CPAG research, also released this week, shows core entitlements for most families with children on benefits are already below primary poverty lines, and are set to dive by a further $63 a week when the Winter Energy Payment (WEP) period ends on October 1.
“We are disappointed that when Minister of Social Development Carmel Sepuloni  was asked by Green party co-leader Marama Davidson in the House about CPAG’s report she refused to lift or even keep current family income levels as a stop-gap measure,” says McAllister. “Cutting incomes for families on benefits will entrench poverty at the deepest end, and this does not bode well for future child wellbeing.
“Each day that goes by without action makes the poverty problem worse. We look forward to seeing all parties’ policies and commitments to prioritise child wellbeing.”
CPAG election priorities for transformation include building 5000 state houses a year, and redesigning the welfare system so it treats families and whānau with dignity and guarantees them adequate incomes.