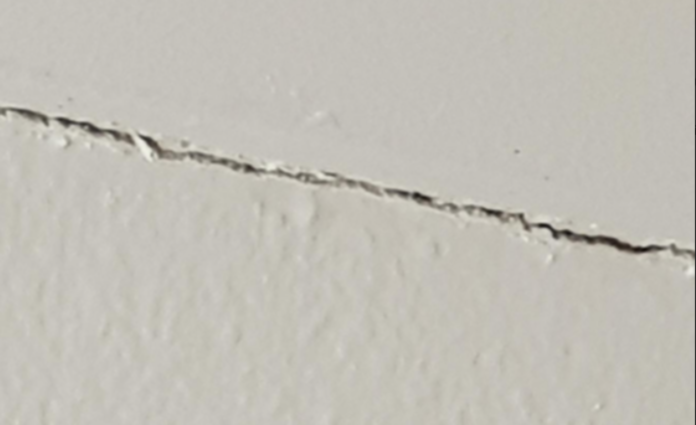 I was awakened by a shuddering, crunching shaking quite different from the gentle rolling of the deep North Island earthquakes I had experienced in the past.  I looked at my bedside clock. 4.37AM.  “Power’s still on”, I said to Garth.  At that moment, the power blinked out. All was darkness. That was, as Churchill might have said, the beginning of the beginning.

As Garth was on an oxygen machine, the loss of power triggered alarms that got me out of bed PDQ. Garth held a torch while I found yesterday’s clothes and some sturdy shoes. There was not much obvious damage on the way through. We had, fortunately, recently removed the chimney. I went outside and retrieved a few oxygen bottles.  We had supplies for about 12 hours before things became dire.

Garth and I settled in the lounge. I set him up like a king with pillows and duvets, surrounded by a drink and his precious oxygen.  On his head I put a headphone radio set, and I had my old Sony Walkman.  We listened to National Radio.  Vicki McKay was hosting the programme.  She felt the earthquake up in Wellington, but calls from locals in Christchurch confirmed that it was local to us. We were able to hear what was happening in other parts of the city.

As it got light, I fired up the barbeque and started boiling pots of water.  I made us a coffee then delivered water around to neighbours in thermos flasks. This was a way of occupying myself as my anxiety levels were pretty high, and the neighbours were pleased to get a hot drink.  One of the things that changed as a result of the quakes was that my house now has a little generator, a bright purple kettle, a portable propane stove and numerous torches.  At the time we had none of these things.  I haven’t had to use any of them, as yet.

The best account of the 2010 quake I know was the book that came out of the research a number of us did for the National Council of Women, which is free to download.

It is ten years on since that 7.1 earthquake.  There is no forgetting that Christchurch city is an earthquake survivor, the shiny new buildings alternating with empty land and the dirty, dusty shattered buildings that have yet to be repaired. I have always said there were both winners and losers from the quakes, and both are in evidence.

I am involved with Community Law in Canterbury, which is still helping the final group of people who have been unable to get their insurance claims completed.  My own house, repaired in 2013, is a mass of little cracks again as superficial fixes (painting over) failed in the many subsequent quakes (see picture above – this ceiling crack is right above the desk in my office).

The reverberations continue even though felt aftershocks have just about gone now.  Even this week an article in the Press claimed that Gerry Brownlee led the earthquake policy with “no dialogue, no transparency” and that National would have been terrible at handling the pandemic. Gerry sniped that he never reads the Press.  A local MP for 24 years does not read his city’s newspaper!  Go figure.

It is ten years on.  That 7.1 quake is no longer the largest in recent memory – the 2016 Kaikoura earthquake was 7.82.  The Christchurch Mosque killings, and now the pandemic, have again shaken us to our roots. Garth died three years ago. There is lots to love here. Our city on the plains, between the mountains and the sea, flanked by two gigantic extinct volcanoes, is so beautiful.

And apart from the Port Hills exploding like Vesuvius, turning us into a modern Pompeii, there is not a lot that can now be thrown at us that we have not already survived, although climate change may put much of the city under water in the future.

The legacy for the country may be an EQC that is fit for purpose.  Over the years since it was set up, the organisation had forgotten its purpose and become nothing more than an insurance company. It was in no space to lead the reconstruction of Christchurch. Now, there is a call to ensure the institutional knowledge that has been built up is not lost for the future: that the legacy of our disaster is a nation much better able to cope with its disasters.