In the millennial culture of woke micro aggression policing, everything is subjective. The ability to escalate an innocuous event into a hate crime is only ever one tweet away.

Maybe in a complex system of neoliberal economic hegemony, millennial culture micro aggression policing is the only power individuals feel they have left, but the distortion of objective facts by personal emotion legitimised by the grim wheel of intersectionism victimhood has birthed an ocean of social media cacophony all proclaiming their scars as the worst wound.

I am astounded at the manner in which Ellen has an endless news repeat within our mainstream media.  On and on it goes, as if Ellen is the single worst human being in Western Civilisation.

In the post me too world where the evidential threshold is whatever anyone says on twitter, Ellen’s crimes against humanity has been not giving a make up artist their own toilet, she didn’t make a body guard feel welcome, she was mean spirited about some cracked nails on a waitress and a host of other bullshit events which if true amounts to nothing more than someone pushing past you at a shop and you deciding that amounts to genocide.

So what if Ellen is at times rude, how does that take anything away from her legacy or the joy her shows have generated for millions. The grim wheel of intersectionism victimhood denotes that Ellen is a white cishet passing lesbian with enormous wealth so fuck her for making people smile when she is in fact grumpy behind the scenes.

The language of catastrophe that most of those throwing accusations against Ellen are truly hilarious and have that whiff of emotional support peacock safe space preciousness about them. 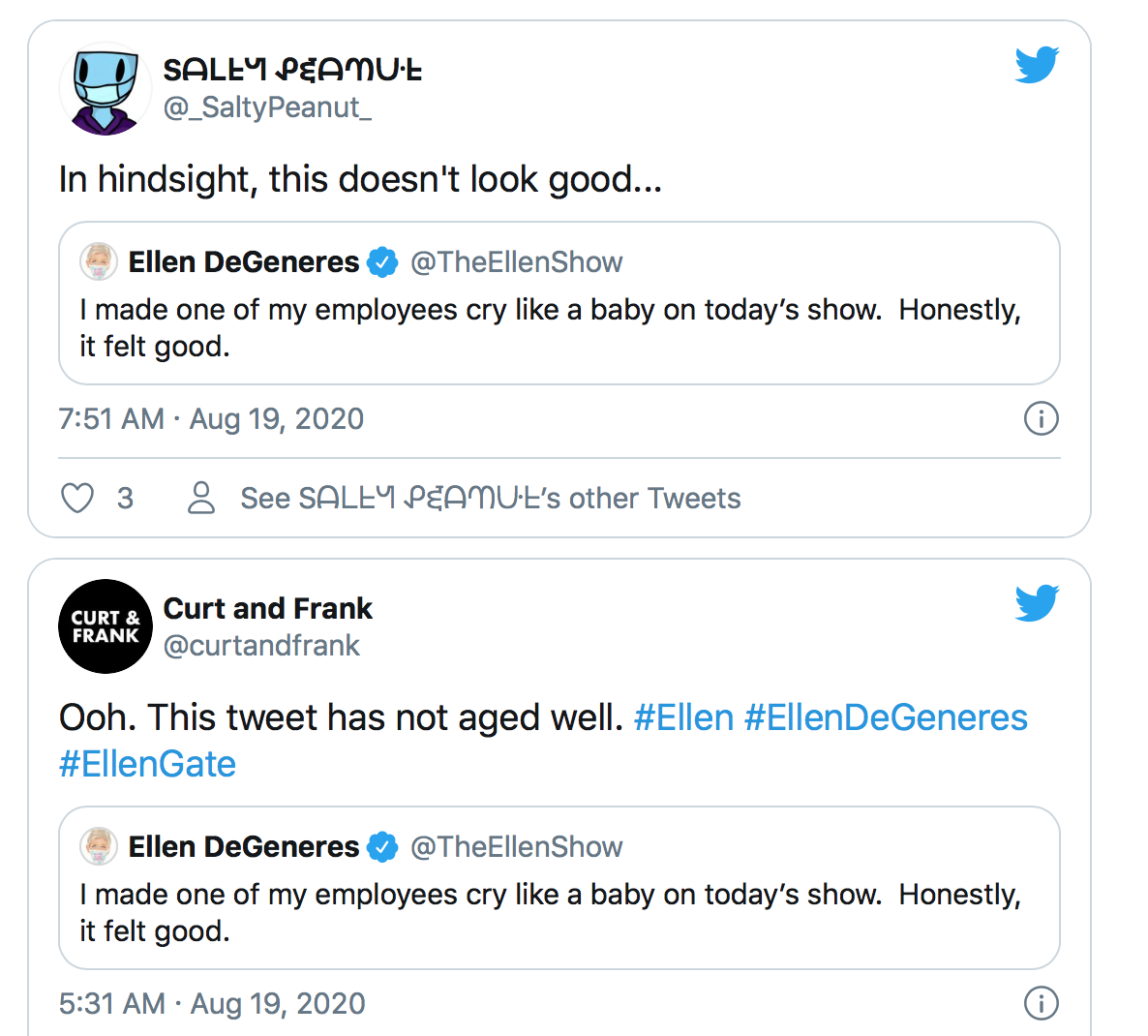 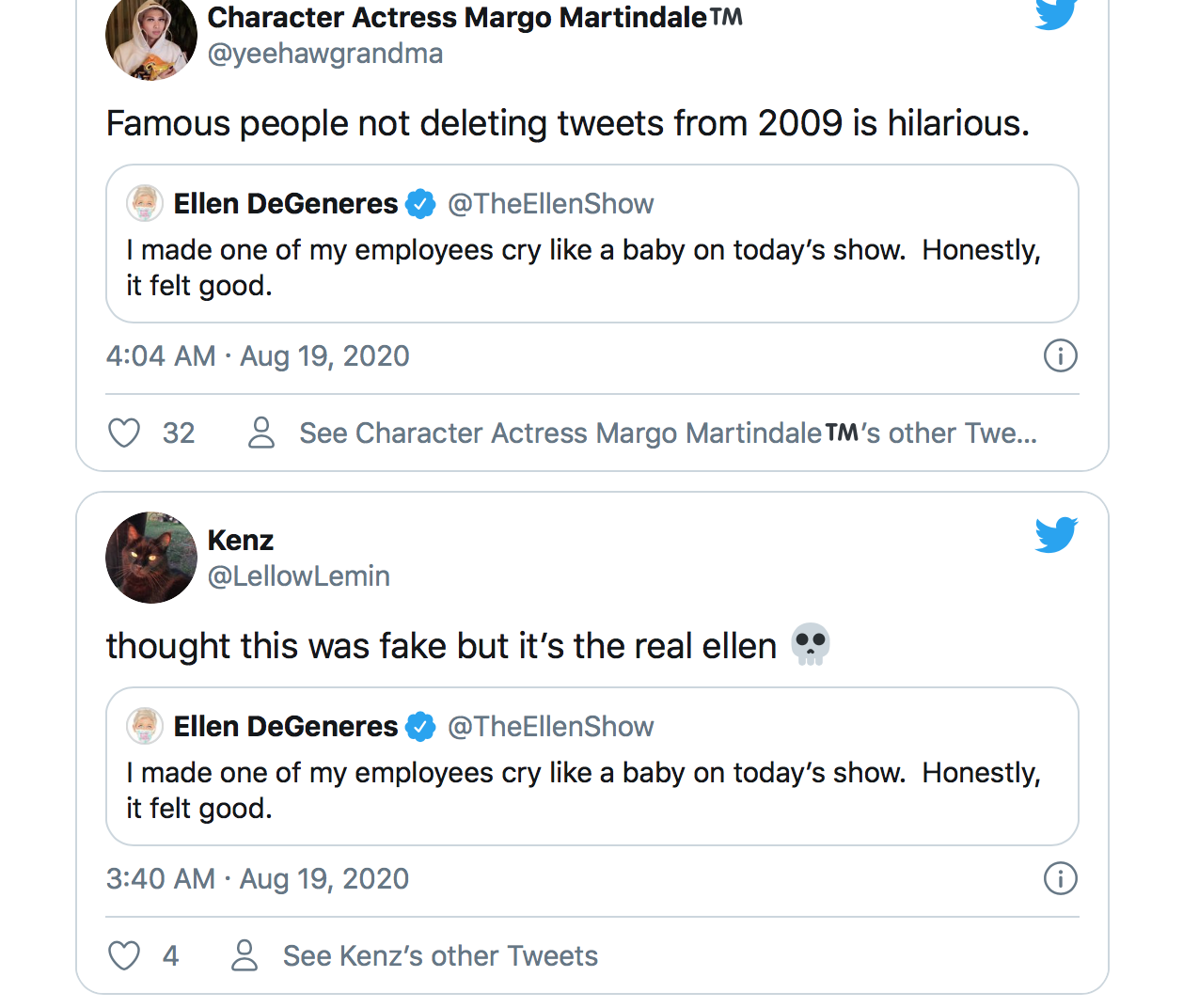 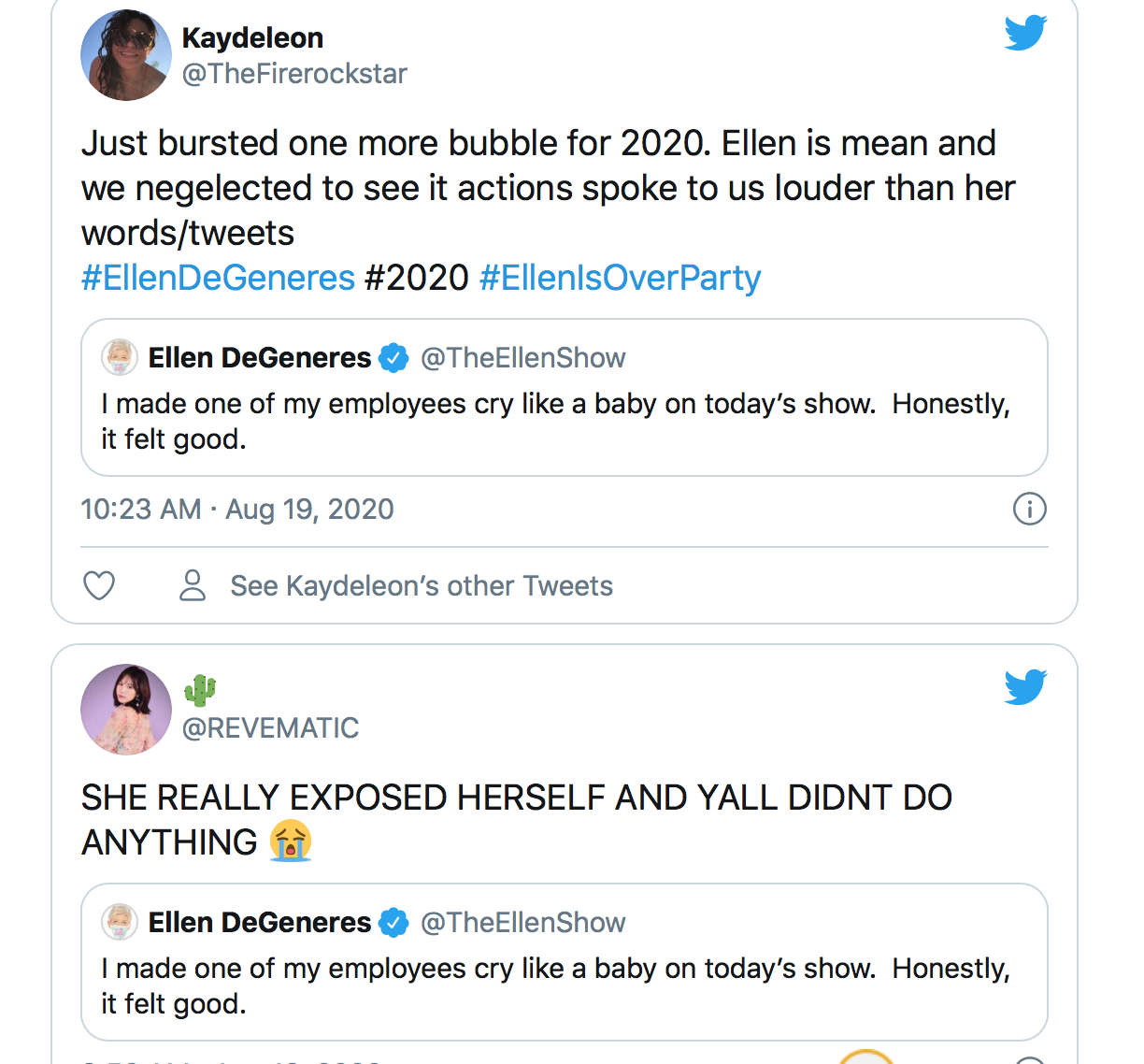 The desire to cancel based on the narcissism of small difference is bad enough, cancel culture because of previous disagreement is worse.

The Government has drafted in Helen Clark’s former chief of staff Heather Simpson and NZTA chair Brian Roche to shake up the beleaguered border system.

But some Māori health professionals have raised concerns at the pair’s appointment with one saying they “have shown little understanding of equity or Māori health,” while another said they were “gutted,” when they got the news Simpson and Roche would be looking after the border.

…look we were all angered and deeply disappointed by Heather’s decision to rule out a Māori Health Authority with real agency. The manner in which Pajeka Public Health has utterly failed Māori demands a response that recognises that fact and Heather’s political decision to avoid true Tino rangatiratanga (coupled with the appalling decision to leave out the Māori voice in the mental health suicide review) was offensive.

Just because Heather ruled out a real response for Māori health, that doesn’t rule her out from this new Border appointment!

Heather Simpson has been appointed because she is a ruthless bureaucrat who will clamp down on the border – she’s not there for representation criteria!

That’s not to say Māori resilience and true agency in terms of the messaging and support handed out to Māori and Pacifica communities shouldn’t be totally dominated by Māori and Pacifica experts, there is much Pakeha could learn from Māori resilience, but Heather’s appointment isn’t to do with how that information gets communicated to those communities, her appointment is to ensure the micro management details of testing and cleaning at the quarantine border front is to be bureaucratically handled.

This is about stopping virus leaks from the enormous bureaucracy, to cancel Heather Simpson from doing what she does best WHICH IN TURN will protect the entire country from infection JUST BECAUSE Māori aren’t happy with her decision on a Māori health authority borders on the very worst type of cancel culture.

Which brings me to Kingi.

Owners of new Auckland restaurant Kingi are determined to keep the downtown eatery’s controversial name when it opens on October 1.

Tom Hishon and Josh Helm, who also run popular Ponsonby cafes Orphans​ Kitchen and Daily Bread, have been criticised for choosing the name Kingi by some Māori cultural experts who say it “spits in the face” of Māori history.

But others say the word Kingi has no significance in te ao Māori and to claim otherwise is “insulting”.

For those coming late to this nonsense, a well known K rd woke restaurant attacked the use of the word ‘Kingi’ by another restaurant as an appropriation of Māori culture and proceeded to start a deplatforming cancel culture moment online to damage the ‘Kingi’ restaurant.

The owners of ‘Kingi’ have stated that they are not using the Māori word for King, but instead are using an abbreviation of Kingfish, because the restaurant is a fish restaurant  and the two owners are keen fishermen.

However, in the glorious wheel of victimhood that is woke intersectionalism, 2 Māori women running a restaurant in Krd have MORE power than all of Latin culture…

Auckland restaurant Coco’s Cantina is considering a name change after being accused of appropriating Latin culture.

It comes days after the eatery’s co-founder accused a competitor of appropriation.

On Sunday, the Herald reported that Coco’s Cantina co-founder Damaris Coulter had accused Auckland restaurateurs Tom Hishon and Josh Helm of appropriating the Māori word for king in their new Britomart restaurant.

Hishon and Helm – who own Orphans Kitchen – have always maintained the name Kingi is a colloquial shortening for kingfish.

But in several heated Instagram comments, Coulter accuses Hishon of “ignoring” the concerns of Māori over the name.

Maori are 380% more likely to be convicted of a crime and 200% more likely to die from heart disease and suicide. Maori are paid 18% less and 34% leave school without a qualification. Maori die earlier and suffer more. Those are issues we need to focus on, accusing a fucking restaurant of cultural appropriation and starting a deplatform campaign over the word ‘Kingi’ when we have those stats is jaw dropping in its pettiness. 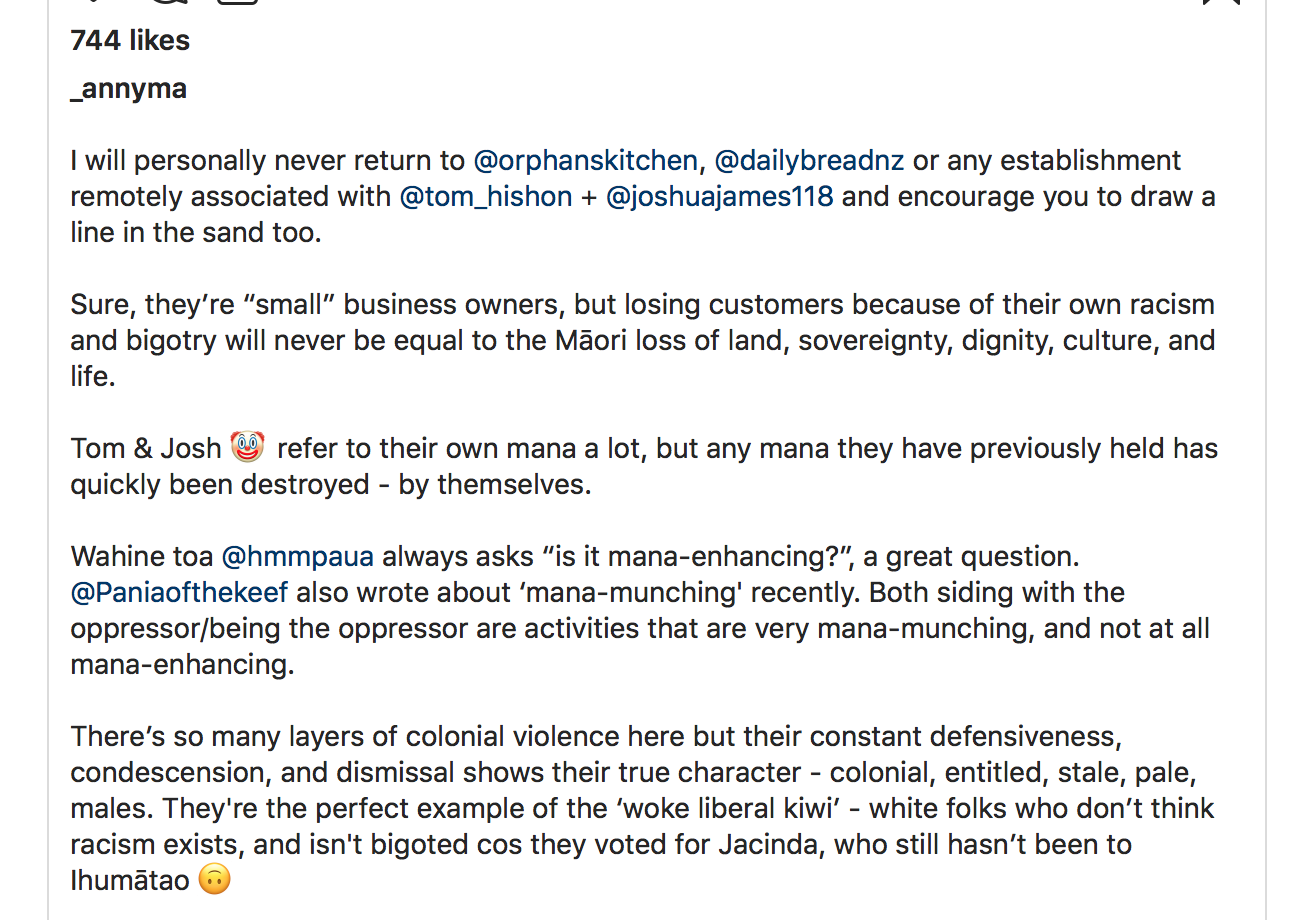 …remember, this is all over a fishing restaurant using ‘Kingi’ for Kingfish, not a Māori themed restaurant attempting to trick tourists into paying for an authentic Māori experience!

Our micro aggression policing woke comrades believe every white person is racist, every male a rapist and anyone standing up for Free Speech an actual uniform wearing Nazi. There’s not much wriggle room there and bless them for their passion, however the constant need to destroy and trigger every personal slight as a hate crime demeans and diminishes righteous outrage into a woke noise that drowns out truth, beauty, nuance and the human experience.

That virtue-signalling-middle-class-micro-aggression-policing-identifiably-Green-Party-militant-bike-riding-vegan-condescending-supporting-pronoun-Spinoff-subscriber in your social media feed screaming endlessly at you in the ubiquitous world of social media certainly thinks they are shouting truth to power, unfortunately it all ends up as a humourless self righteous struggle sessions alienating the vast chunk of voters who just want to know how they are paying for the roof over their heads and the food on their tables.

I’ll book a table at Kingi to resist this type of dangerous woke group think because cancel culture as corrosive as this shouldn’t be tolerated.